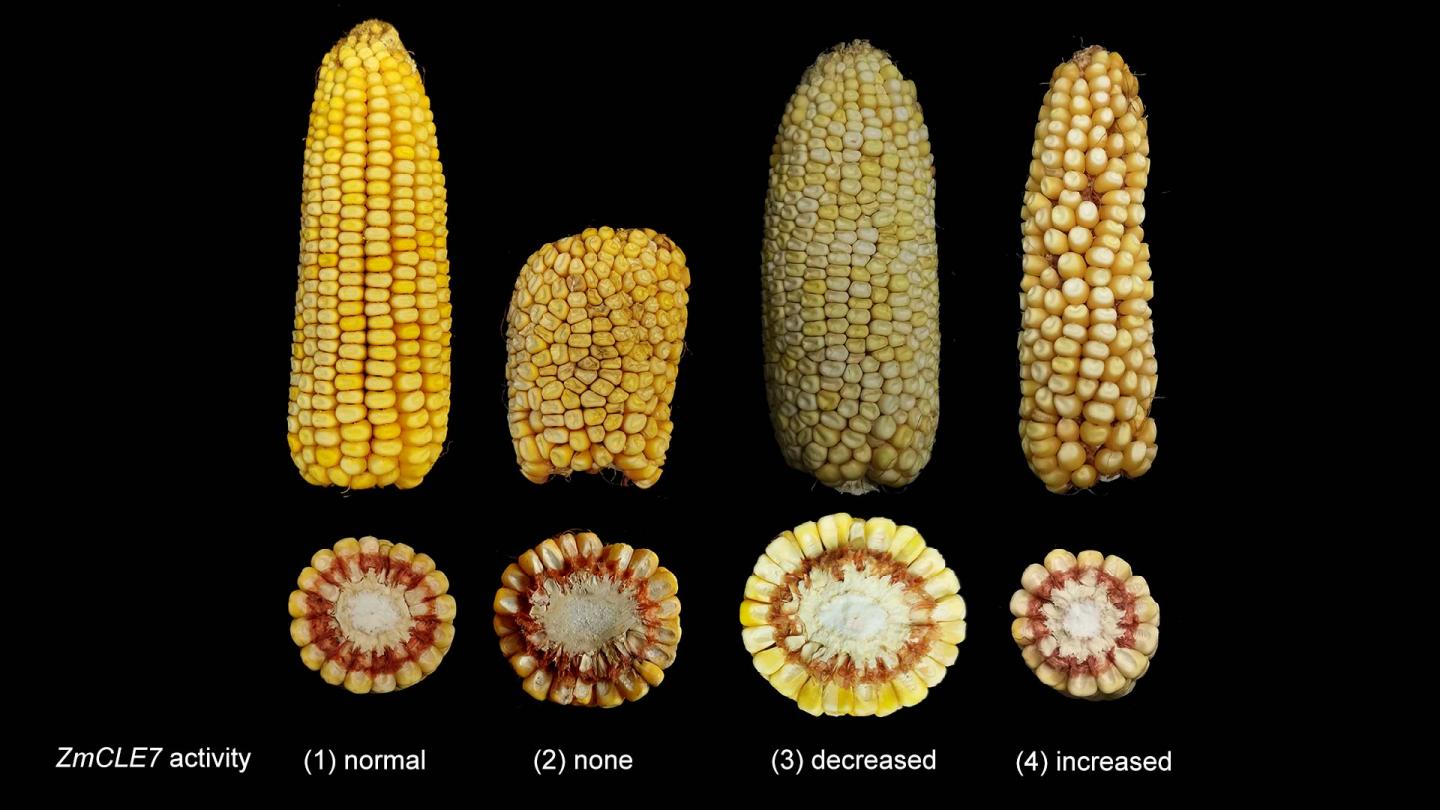 Corn–or maize–has changed over thousands of years from weedy plants that make ears with less than a dozen kernels to the cobs packed with hundreds of juicy kernels that we see on farms today. Powerful DNA-editing techniques such as CRISPR can speed up that process. Cold Spring Harbor Laboratory (CSHL) Professor David Jackson and his postdoctoral fellow Lei Liu collaborated with University of Massachusetts Amherst Associate Professor Madelaine Bartlett to use this highly specific technique to tinker with corn kernel numbers. Jackson’s lab is one of the first to apply CRISPR to corn’s very complex genome.

DNA is divided into two parts: the gene and the regulatory regions that promote or suppress gene activity. Jackson says:

“A lot of people were using CRISPR in a very simple sense just to disrupt genes completely, to knock out the gene. But we came up with this new idea to CRISPR the promoter regions that turn the gene on. And that is what gives this very interesting result where we can get the variation in traits that we need in agriculture.”

Jackson wanted to increase the number of kernels per cob. The corn kernel development pathway includes genes that promote stem cell growth and differentiation into distinct plant organs. Jackson and Liu focused on CLEs, a family of genes that act as a brake to stop stem cell growth. But the corn genome is complex. The CLE family contains almost 50 related genes, with promoter regions that vary from gene to gene. What parts are most important for kernel production? Liu says:

Cereal crops like maize are a major source of food for humans and feed for livestock. Jackson and Liu hope their new CRISPR strategy will increase crop yield per acre and make agriculture more sustainable.