Researchers from the University of Tsukuba find that in the presence of ocean acidification, feedback loops keep degraded turf algal states stabilized, inhibiting the recruitment of coral and other algae 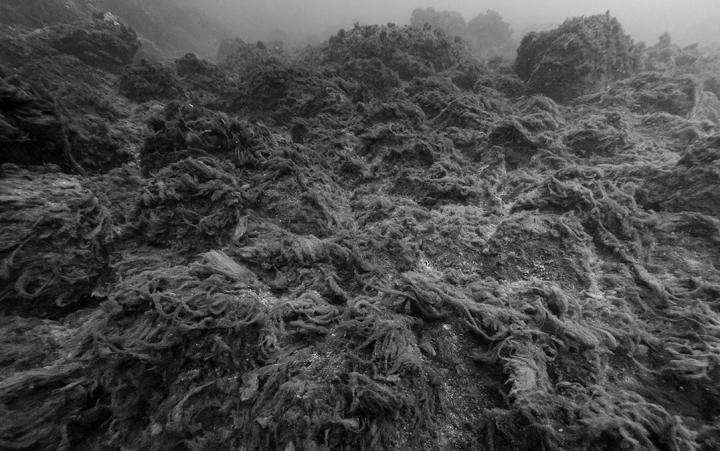 Tsukuba, Japan – It’s tough out there in the sea, as the widespread loss of complex marine communities is testament to. Researchers from Japan have discovered that ocean acidification favors degraded turf algal systems over corals and other algae, thanks to the help of feedback loops.

In a study published this month in Communications Biology, researchers from the University of Tsukuba have revealed that ocean acidification and feedback loops stabilize degraded turf algal systems, limiting the recruitment of coral and other algae.

Oceans are undergoing widespread changes as a result of human activities. These changes take the form of regime shifts – major, sudden and persistent changes in ecosystem structure and function. An example is the replacement of coral reefs and kelp forests with degraded turf algae communities. These shifts result in the loss of not only marine biodiversity, but also ecosystem services, which are of value to humans and contribute to their wellbeing.

“We looked at whether the turf algal state is being maintained by stabilizing feedback loops and hysteresis,” says lead author of the study Professor Ben P. Harvey. “We predicted that certain changes in the physical/chemical environment and microbial community may prevent other large algae species from establishing, and function as a feedback loop that supports turf algal persistence.”

Feedback loops (control mechanisms in a system) are important in regime shifts because of their ability to both stabilize and de-stabilize states in ecosystems. Hysteresis is the circumstance in which a system has passed a tipping point and moved into a new state, and the original state cannot simply be recovered by reversing the environmental conditions. Instead, the conditions must be reversed past the tipping point. Feedback loops are necessary for hysteresis to occur.

“We found that ocean acidification favors turf algae over corals and other large algae species” says Harvey. “Our results also suggest that hysteresis may be exhibited by this ecological shift – in which case it would be especially difficult to turn around.”

This work contributes to an understanding of the processes underlying coastal regime shifts. Knowledge of how marine ecosystems are stabilized by species interactions is needed to mitigate or reverse these shifts, which are predicted to increase as a result of local and global causes. Such work will help to provide for improved science-based adaptive management of these shifts to better conserve coastal ecosystem services.