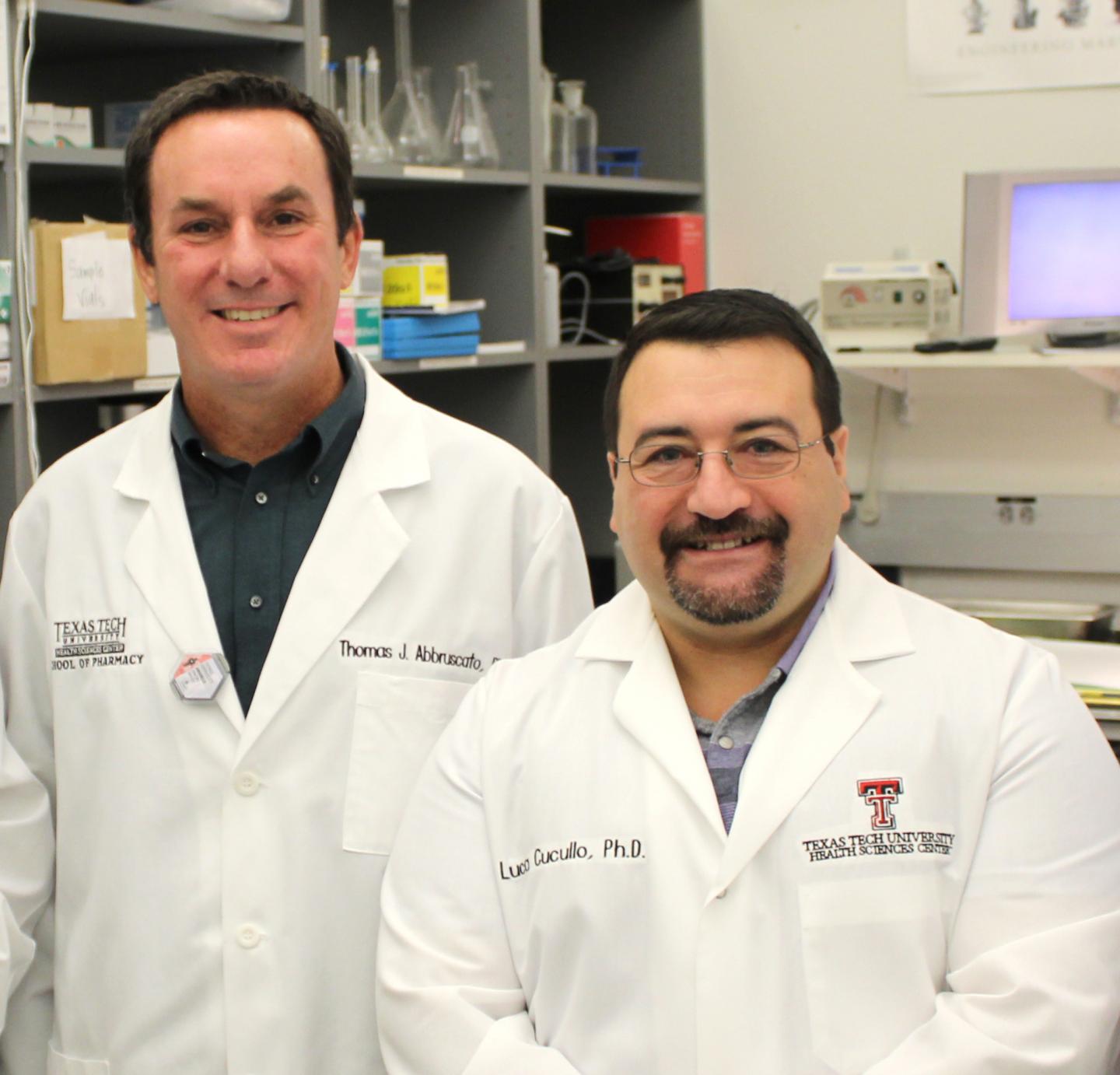 For the past decade, the popularity of electronic cigarette use, or vaping, has grown significantly, especially among adolescents and former smokers who view these electronic nicotine delivery systems, or e-cigarettes, as a safe alternative to traditional tobacco smoking. Though the health risks posed by long-term tobacco smoking to areas of the body like blood vessels is well established, research into the long-term effects of vaping is in its early stages.

Abbruscato is a professor and chair for the school’s Department of Pharmaceutical Sciences and Cucullo is an associate professor for the same department. Their grant, “Blood and Brain Based Biomarkers of Injury to Assess the Cerebrovascular Impact of Emerging Alternatives to Classic Cigarette Products,” is funded by the Food and Drug Administration (FDA) through NIDA.

Cucullo said the project will assess the effects of vaping on the blood vessels that carry blood to and from the brain, known as the cerebrovascular system. Those vaping effects will be compared to effects produced by traditional cigarettes so that a panel of biomarkers can be developed to help determine the potential toxicity of vaping products. Biomarkers are unique characteristics that can be used to indicate the presence or progress of a disease. A common biomarker is a person’s cholesterol level, which helps determine the risk of heart disease.

“We also will examine the impact of different nicotine concentrations and product characteristics such us the heat coil and temperature settings used to vaporize the e-liquids,” Cucullo said. “We want to assess how these characteristics affect the cerebrovascular system with a focus on their impact on stroke risk and outcome.”

Abbruscato said the premise for the study builds upon the clinical findings and published data produced by research he and Cucullo previously conducted. Those results suggested that chronic e-cigarette exposure promotes inflammation in the brain’s blood vessels, increases the risk of stroke and worsens the secondary brain injuries caused by strokes in ways similar to traditional cigarettes.

Abbruscato said recent reports of more than 200 injuries attributed to vaping, including the first death, has raised awareness of potential short-term pulmonary, or lung injuries that affect the blood vessels carrying oxygen to and from the lungs and may be associated with vaping. He and Cucullo will be looking at long-term effects vaping may have on blood vessels associated with the brain.

“That’s where we come in a little differently, because we’re looking at the brain blood vessels, and I think a lot of that stuff might develop long term like we see in traditional cigarette smoking,” he added. “A person who has smoked cigarettes has a two times greater likelihood to have a stroke, but what about a person who uses e-cigs for 20 years?”

Because their previous research indicated that men and women metabolize nicotine differently, Cucullo said they will look for gender-specific differences related to vaping. They also want to investigate the possible toxic effects e-cigarettes may produce in different age groups. They believe age may be an important variable because adolescents often begin vaping as early as age 13, yet their brains may not fully develop until the age of 25.

“If you think about the ages of 13 up to 25, that’s a huge group of vapers,” Cucullo said. “So we’ll be looking at how a developing brain reacts to that type of exposure versus middle-aged people. And there’s a group of older people and former smokers who are benefitting from vaping because they are no longer exposing themselves to all the additional toxins of traditional combustible tobacco smoke. Are they susceptible to injuries that may be different than those seen in a developing brain?”

Abbruscato said it would be beneficial if a person could go in for a yearly physical and the physician could identify biomarkers in the patient’s blood work that indicate a risk from vaping.

“That would be the perfect case scenario: do some real easy tests and be able to tell the patient, ‘Hey, this biomarker for inflammation is up due to vaping, so you need to stop doing that because you now have a very high risk for stroke.’ That would be the ultimate, but that’s farther down the road.”