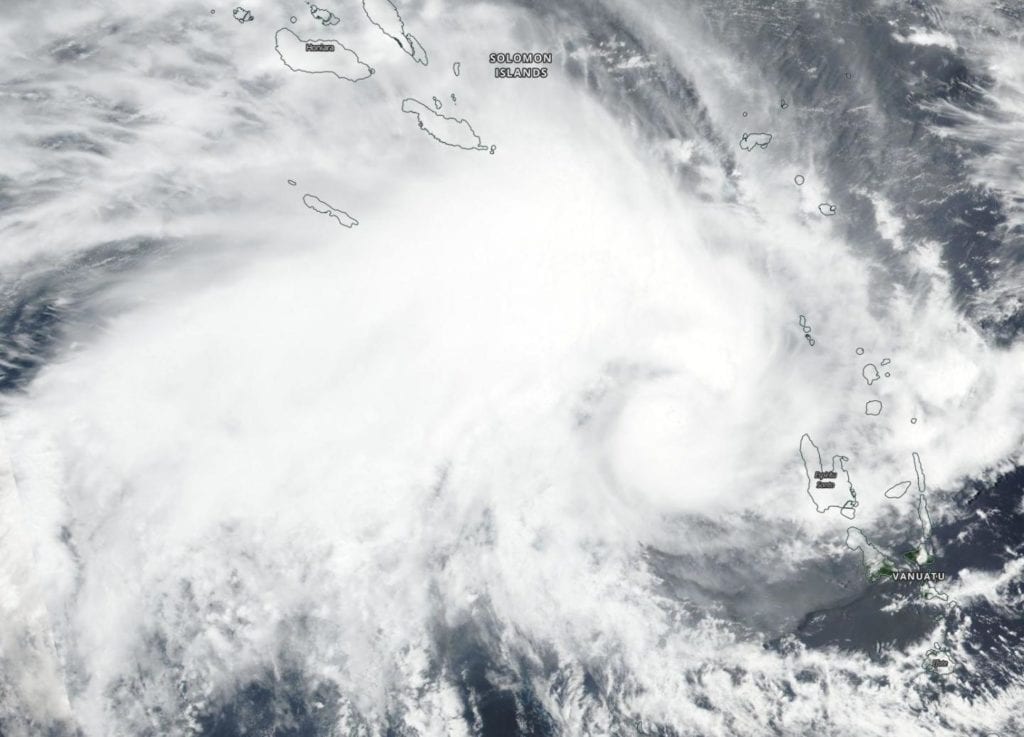 Suomi NPP passed over Oma on Feb. 13 and the Visible Infrared Imaging Radiometer Suite (VIIRS) instrument provided a visible image of the storm. The VIIRS image showed a circular center of thunderstorms with a large, wide band of thunderstorms wrapping into the center from the northwest. That’s because the storm is experiencing easterly winds that are pushing clouds west and away from the center. The image also showed the southeastern quadrant already over Espiritu Santu, Vanuatu.

On Feb. 13, Tropical Cyclone Warning Number 9 was issued by the Vanuatu Meteorology and Geo-Hazards Department (VMGD), in Port Vila, Vanuatu for Torba, Sanma and Malampa provinces. Gale force winds are expected to affect those provinces today, Feb. 13. VMGD’s warning noted “Heavy rainfalls and flash flooding over low lying areas and areas close to the river banks, including coastal flooding will continue to affect Torba, Sanma and Malampa provinces tonight. Seas will be very rough to phenomenal with heavy and phenomenal swells expected.”

Forecasters at the Joint Typhoon Warning Center noted that Oma is expected to strengthen over the next day as it begins curving to the south. By February 15, as Oma takes more of a southwesterly turn and heads away from Vanuatu and toward northern New Caledonia, increasing wind shear and movement over cooler waters will weaken the storm.

Towards a worldwide inventory of all plants