PHILADELPHIA – The behind-the-scenes story detailing the pursuit of a transformative cancer cure will unfold onscreen at the Tribeca Film Festival in New York City this weekend. “Of Medicine and Miracles,” which will premiere during the renowned international festival, is an emotional journey, revealing decades of research – and one young patient’s family’s last hopes to save their daughter – that culminated in the world’s first CAR T-cell therapy, an approach that reprograms patients’ own immune cells to kill their cancer. 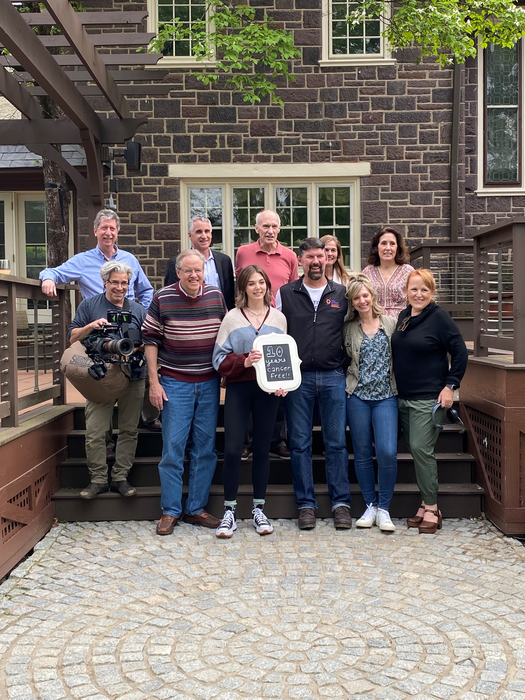 PHILADELPHIA – The behind-the-scenes story detailing the pursuit of a transformative cancer cure will unfold onscreen at the Tribeca Film Festival in New York City this weekend. “Of Medicine and Miracles,” which will premiere during the renowned international festival, is an emotional journey, revealing decades of research – and one young patient’s family’s last hopes to save their daughter – that culminated in the world’s first CAR T-cell therapy, an approach that reprograms patients’ own immune cells to kill their cancer.

From Oscar-winning director Ross Kauffman and Oscar-nominated producer Robin Honan, the documentary follows three paths which come together in what became a pivotal moment in cancer history. The film traces the life and work of physician-scientist Carl June, MD, whose vision laid the path for the revolutionary therapy, and the team of doctors and researchers at Penn Medicine and Children’s Hospital of Philadelphia (CHOP) who joined forces over laboratory benches and hospital beds to architect the bold approach to treating patients who’d run out of conventional options. Their paths crossed in 2012 with a six-year-old leukemia patient Emily Whitehead, whose family was hoping for a lifesaving miracle when they joined the clinical trial at CHOP that would make her the first child to receive the experimental treatment, which had previously been tested in just a small handful of adults at Penn Medicine’s Abramson Cancer Center.

Told “through bracingly honest interviews and home videos,” Tribeca Film Festival Director Cara Cusumano called the film “a tear-jerking, heart-racing record of medical history that honors its subjects and their trauma while empowering future generations to attempt the impossible.”

“Of Medicine and Miracles” was 10 years in the making, building on the 2012 short film “Fire with Fire,” which went viral after being posted on Upworthy, a website dedicated to positive storytelling.

In addition to Carl June, who is the director of the Center for Cellular Immunotherapies and the Richard W. Vague Professor in Immunotherapy, “Of Medicine and Miracles” also features Penn Medicine’s Bruce Levine, PhD, the Barbara and Edward Netter Professor in Cancer Gene Therapy and the Founding Director of the Clinical Cell and Vaccine Production Facility, and David Porter, MD, director of Cell Therapy and Transplantation in the Abramson Cancer Center and the Jodi Fischer Horowitz Professor in Leukemia Care Excellence. Children’s Hospital of Philadelphia physicians Stephan Grupp, MD, PhD, Section Chief of the Cellular Therapy and Transplant Section and Inaugural Director of the Susan S. and Stephen P. Kelly Center for Cancer Immunotherapy, and Susan Rheingold, MD, Medical Director of the Oncology Outpatient Clinic are also highlighted.

About Children’s Hospital of Philadelphia:

A non-profit, charitable organization, Children’s Hospital of Philadelphia was founded in 1855 as the nation’s first pediatric hospital. Through its long-standing commitment to providing exceptional patient care, training new generations of pediatric healthcare professionals, and pioneering major research initiatives, the 595-bed hospital has fostered many discoveries that have benefited children worldwide. Its pediatric research program is among the largest in the country. The institution has a well-established history of providing advanced pediatric care close to home through its CHOP Care Network, which includes more than 50 primary care practices, specialty care and surgical centers, urgent care centers, and community hospital alliances throughout Pennsylvania and New Jersey, as well as a new inpatient hospital with a dedicated pediatric emergency department in King of Prussia. In addition, its unique family-centered care and public service programs have brought Children’s Hospital of Philadelphia recognition as a leading advocate for children and adolescents. For more information, visit http://www.chop.edu.