A Faculty of Medicine team from the University of Ottawa and their international collaborators have shown proof of concept for an entirely new therapeutic approach in treating tuberculosis (TB), an enduring and recently accelerating scourge that is the leading cause of death worldwide by a bacterial infection. The disease is caused by a bacterium, Mycobacterium tuberculosis, that infects the lungs and is highly transmissible when infected people cough or sneeze. 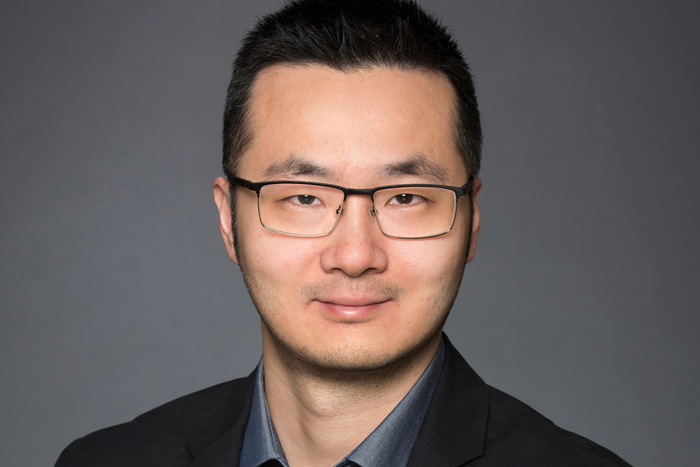 A Faculty of Medicine team from the University of Ottawa and their international collaborators have shown proof of concept for an entirely new therapeutic approach in treating tuberculosis (TB), an enduring and recently accelerating scourge that is the leading cause of death worldwide by a bacterial infection. The disease is caused by a bacterium, Mycobacterium tuberculosis, that infects the lungs and is highly transmissible when infected people cough or sneeze.

Published today in Cell Chemical Biology, the study (ADD HYPERLINK) not only identifies a novel target for tuberculosis “host-directed therapy” and its mechanisms, but also delivers a newly designed chemical compound with drug-like properties that could be used to treat the illness in combination with existing antibiotics.

The compound synthesized by the scientists is derived from a natural product found in a flowering plant native to eastern North America. It was shown to be effective in boosting the function of macrophages – special cells that gobble up and destroy microbes, like tiny Pac-Mans of the immune system – and reducing TB bacteria inside the lungs of infected mice.

“The team was able to redesign this compound so we now have a very specific, potent, non-toxic compound that works and functions beautifully to prompt our immune cells to kill the bug,” says Dr. Jim Sun, an Assistant Professor in the uOttawa Department of Biochemistry, Microbiology and Immunology who is the study’s corresponding author and the principal investigator of a uOttawa lab focusing on TB research.

Dr. Sun says the compound works by ramping up the autophagy process, a critical cellular pathway that can degrade foreign bacteria. Normally, TB bacteria is able to survive inside the body’s cells by disabling autophagy, but this new drug bypasses this and essentially super-powers macrophages to target the invaders.

Drug development has typically focused on kinases — enzymes that play a key role in cell communication and serve as a sort of “on-switch” for cells’ antibacterial defense systems. But recent years have seen a marked increase of exploration focusing on phosphatases, enzymes that act as the “off-switch” and have historically been very challenging for drug discovery.

This latest research provides compelling evidence that targeting phosphatases is now possible and promising. The team identified a host protein called PPM1A that’s exploited by the TB bacteria to hide and survive within the body’s immune cells. This protein is a phosphatase. They suggest that by inhibiting or blocking this off-switch, the ability of our cells to kill the bacteria can be successfully flipped on.

It’s difficult to overstate the impact of TB, an ancient illness believed to have killed more people than any other infectious disease across history. As many as 1.7 million people die annually from TB. The overwhelming majority of cases are in resource-poor countries, where roughly 95 percent of fatal cases occur.

Until recently, TB was the leading cause of infectious-disease related deaths, but it’s been surpassed by COVID-19. Last year, the World Health Organization said the number of people killed by TB was once again on the rise as health resources were diverted to fight the pandemic.

In Canada, overall rates of TB infections are low, with an active national tuberculosis rate of roughly 4.9 per 100,000 people. Due to persistent inequities, however, the rate is highest when broken down among Canada’s Indigenous communities, where incidence rates are 100-300 times higher than in Canadian-born non-Indigenous people. Host-directed drug discovery for TB could have major impacts down the line for these communities.

“Having personalized host-targeted medicine to treat such cases would be huge,” says Dr. Sun, a cellular microbiologist.

Host-directed therapy could also be a major boon because tuberculosis is an outsized contributor to antimicrobial resistance, a significant global health threat that could cause 10 million deaths per year by 2050, according to a group of international experts. “By harnessing the power of our immune cells to kill the bacteria, we bypass the bacteria’s natural ability to develop resistance against antibiotics,” says Dr. Sun.

“Our work has major implications not only for TB research and host-directed drug discovery, but also extends to researchers in all fields interested in regulation of autophagy and design of phosphatase inhibitors. This could cover a diverse range of medically relevant diseases such as other bacterial and viral infections, cancer, autoimmunity, neurodegenerative and metabolic diseases,” he says.

His team has filed a provisional patent for the compounds discovered in the study, with uOttawa as the lead institution in partnership with their international colleagues in China. They are actively exploring commercialization opportunities in the TB drug discovery market.

“We’re looking for partners to commercialize this research and help take it a step further, developing and optimizing it,” Dr. Sun says.

The project, supported by the University of Ottawa-Shanghai Institute of Materia Medica (SIMM) Joint Research Centre on Systems and Personalized Pharmacology, took roughly five years to complete.  It required collaborations between Dr. Sun’s uOttawa lab and a team of medicinal chemists led by Dr. Weibo Yang at SIMM to design a drug capable of inhibiting this protein.