Hybrid organic-inorganic perovskite crystals are more efficient after solution-treating, but there are mechanisms doing more than just removing defects, this paper shows 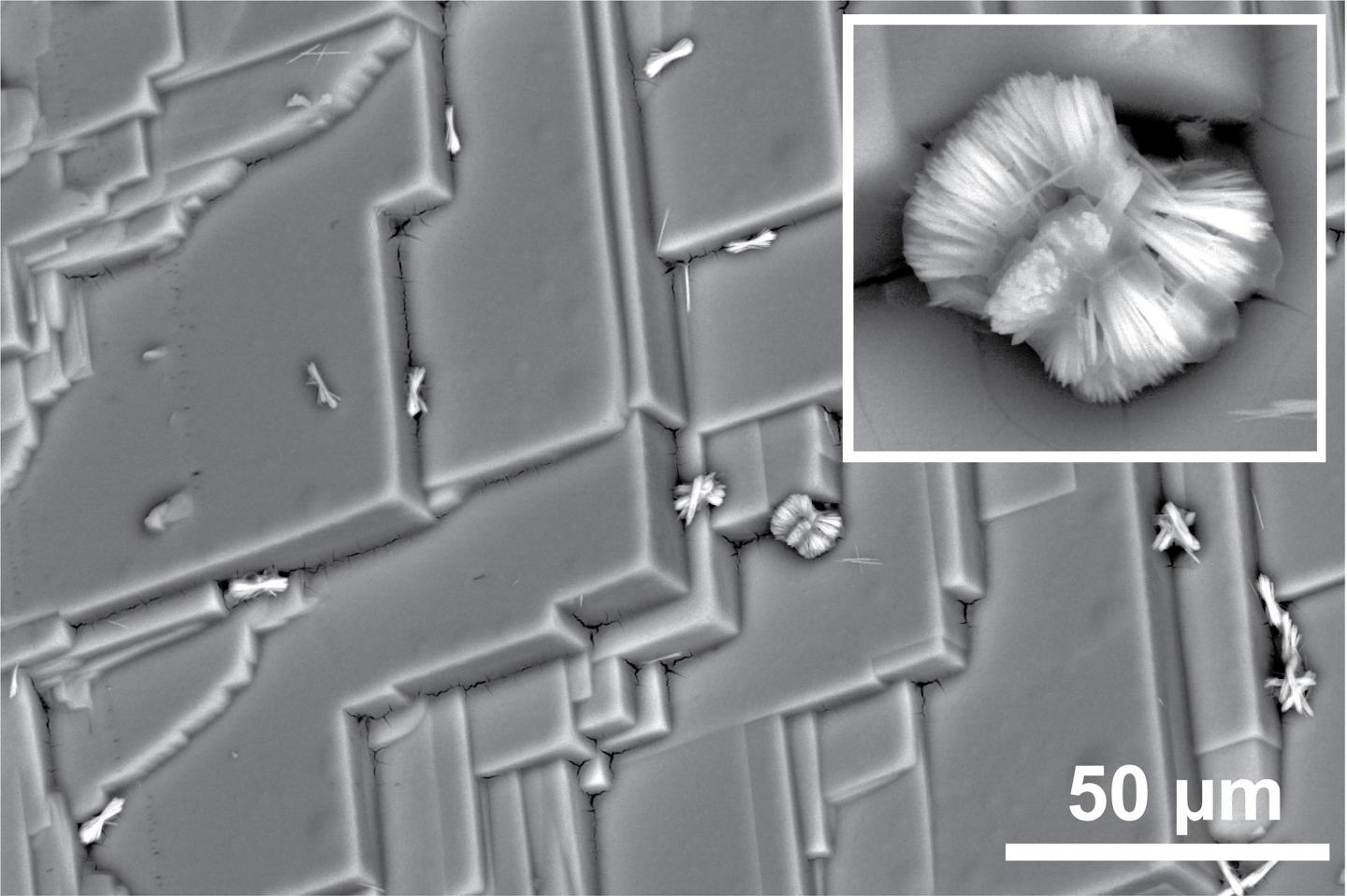 WASHINGTON, D.C., July 30, 2019 — Recent advances in solar cell technology use polycrystalline perovskite films as the active layer, with an increase to efficiency of as much as 24.2%. Hybrid organic-inorganic perovskites are especially successful, and they have been used in optoelectronic devices including solar cells, photodetectors, light-emitting diodes and lasers.

But the surface of hybrid perovskites is prone to surface defects, or surface traps, where charge carriers are trapped in the semiconducting material. To solve this problem and reduce the number of traps, the crystal surface must be passivated.

Before use, perovskites can be treated with chemical solutions, vapors and atmospheric gases to remove defects that make the material less effective. Benzylamine is one particularly successful molecule for this purpose. A detailed understanding of the physical and chemical mechanisms by which these treatments work is key to increasing the collection of charge carriers in solar cells.

In their article in this week’s Applied Physics Reviews, from AIP Publishing, the authors describe their work testing hybrid organic-inorganic perovskite crystals treated with benzylamine to investigate the mechanisms by which the surface of the crystal is passivated, and traps states are reduced.

“The main purpose was to passivate the surface to reduce defect states,” Loi said. “To our surprise, we found out the surface was modified, which was not an expected mechanism. People report that this molecule can improve the quality of devices, but nobody has reported that, in reality, it was creating a two-dimensional layer and could also restructure the material.”

The authors also discovered the combination of benzylamine and atmospheric gases is most effective for passivation. That could mean, Loi said, that more than one type of trap state exists. Further investigation of multiple types of trap states could enable precise tuning of the mechanisms involved in preparing crystals for efficient optoelectronic devices.

The article, “Mechanism of surface passivation of methylammonium lead tribromide single crystals by benzylamine,” is authored by Herman Duim, Hong-Hua Fang, Sampson Adjokatse, Gert H. ten Brink, Miguel A. L. Marques, Bart J. Kooi, Graeme R. Blake, Silvana Botti and Maria A. Loi. The article will appear in Applied Physics Reviews on July 30, 2019 (DOI: 10.1063/1.5088342). After that date, it can be accessed at http://aip.scitation.org/doi/full/10.1063/1.5088342.

Applied Physics Reviews publishes on important and current topics in experimental or theoretical research in applied physics or applications of physics to other branches of science and engineering. See https://aip.scitation.org/are.

Why are we so drawn to places of happy memories?

Scientists find worms that recently evolved the ability to regrow a…