A team of international researchers, led by Nanyang Technological University, Singapore (NTU Singapore), has found that increasing a company’s transparency at the same time as adopting kinder management styles would lead to a significant reduction (65 per cent) in collusion attempts among its employees. 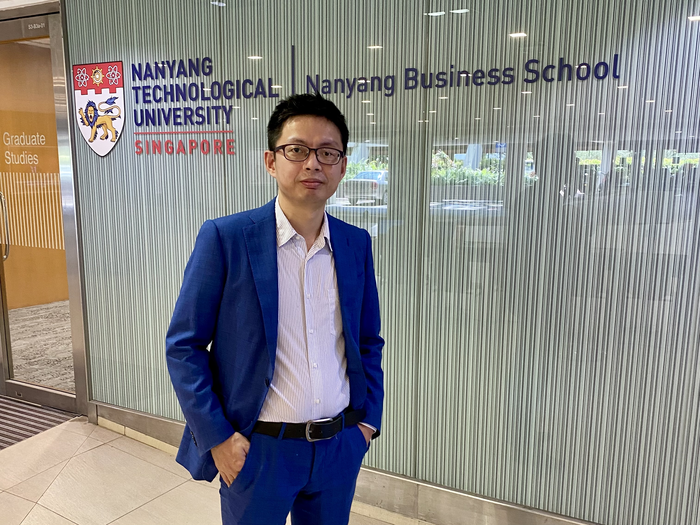 A team of international researchers, led by Nanyang Technological University, Singapore (NTU Singapore), has found that increasing a company’s transparency at the same time as adopting kinder management styles would lead to a significant reduction (65 per cent) in collusion attempts among its employees.

Transparency in the workplace is described as an honest, two-way openness between employees and management. The openness extends to sharing information involving company matters, such as the process behind business decisions and the company performance.

Meanwhile, employee collusion, which is detrimental to the company’s stakeholders, can take on many forms. It could range from fund embezzlement to more subtle forms of scheming between employees that are still damaging to the organisation.

An example of this could be when a team of sales representatives make an agreement within themselves to not share valuable private information with their superiors, and instead, exploit it for their own benefit.

Employee collusion costs firms worldwide an estimated US$45 trillion, or the equivalent of 5 per cent of their annual revenue, according to a 2021 report by the U.S.-based Association of Certified Fraud Examiners. The anti-fraud organisation said that about 50 per cent of fraud cases involve collusive schemes between employees.

Along with researchers from the Amsterdam Business School, University of Amsterdam, the team carried out a roleplaying experiment in Amsterdam where 104 participants were assigned either manager or employee roles in a simulated company and told to carry out tasks.

The research team found that if those who played the role of the ‘manager’ were more open about company processes or practices, this reduced attempts by ‘employees’ to conspire or collude by almost two thirds (from 37 per cent to 13 per cent), compared to when the ‘managers’ did not divulge any details about the company.

Assistant Professor Yin Huaxiang from NTU’s Nanyang Business School, who led the study, said: “Previous studies have shown that more transparency in companies contributes to higher job satisfaction among employees. Now, with our findings, we highlight that more open and kinder management benefit the company as it would cut down on collusion attempts. On the employee front, transparency and kinder management styles also help improve staff morale, lower job-related stress, while increasing work satisfaction and boosting performance. This shows the importance of considering the work culture in companies – it has important implications for designers of corporate policies.”

The results of the study, which were carried out in collaboration with researchers from the Amsterdam Business School, University of Amsterdam, were published in August in the peer-reviewed academic journal Accounting, Organizations and Society.

Highlighting the significance of the work done by the NTU research team, Mr Lewis Garrad, Partner and Career Business Leader at global consulting firm Mercer, Singapore, who was not involved in the study, said: “Workplace transparency and manager kindness boils down to workplace culture and trust. Transparency breeds trust in the integrity of organisations and competence of leaders, while kindness boosts positivity and productivity with employees confident that leaders have their best interests at heart. The study is relevant to today’s organisations, as it is important for company leaders to start focusing on creating a transparent and kind culture in order to profit from greater synergy, employee engagement and loyalty, and more fulfilling working relationships.”

Transparency is a ‘double-edged sword’

The researchers found that the benefits of transparency depend on how kindly employees are treated by their managers. When employees in the organisation are generally treated kindly, increasing transparency sharply reduces collusion among employees.

Professor Victor S. Maas from the Amsterdam Business School at the University of Amsterdam, who conducted the roleplaying experiment in Amsterdam, said: “Transparency is a double-edged sword. Depending on the culture in an organisation it can either decrease or increase collusive fraud. By revealing how kindly employees are treated by their managers, transparency increases or decreases the probability that individuals are singled out as potential ‘partners in crime’. Increasing transparency incentivises managers to treat employees kindlier, which in turn reduces employees’ inclination to initiate collusion.”

The researchers elaborate that manager kindness extends to social interactions initiated by managers, such as emotional support, giving compliments, words of recognition, and organising social events at work.

Asst Prof Yin said: “The results from our experiment show that transparency and manager kindness jointly affect the likelihood that employees initiate collusion, as our findings indicate that increasing internal transparency can also facilitate an unkindly treated employee’s search for a colleague to collude with.”

Explaining the impact of manager kindness on employees’ likelihood to collude or not, Prof Maas added: “If colleagues are treated kindly, this decreases employees’ tendency to approach these colleagues for possible engagement in a collusive effort. Therefore, we would advise companies to combine both transparency and kind management styles for the best possible effect.”

Assoc Prof Yin will be furthering his study by examining whether increasing internal transparency can affect the management styles of managers, as well as if too much transparency can be detrimental to a company in other ways. His team also hopes to carry out more research that studies what sparks collusion within employees at all levels in organisations.