Tracking urban gentrification, one building at a time 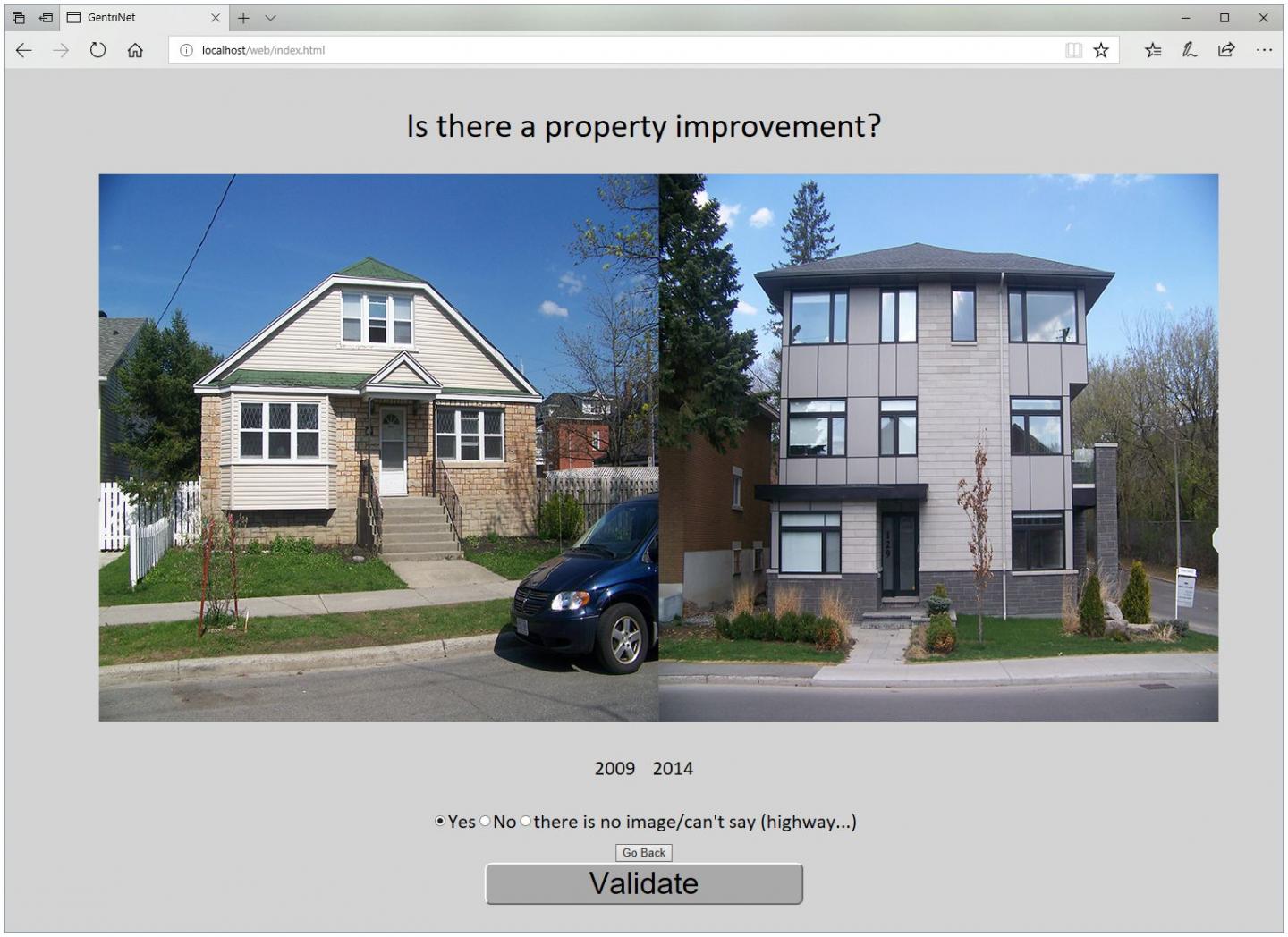 A new deep-mapping computer model can detect visual changes to individual properties, allowing researchers to more-rapidly track gentrification within neighborhoods and cities, according to a study published March 13, 2019 in the open-access journal PLOS ONE by Lazar Ilic, Michael Sawada, and Amaury Zarzelli of the University of Ottawa, Canada.

Gentrification has been observed in many western cities with wide-ranging effects. Previous studies have sought to use census data to identify and analyse gentrification, but its resolution is limited in space and time, and creates artificial divisions at census boundaries. The authors claim the present study is the first to instead use the appearance of individual properties –the smallest spatial unit upon which a gentrification process can act – to indicate possible gentrification.

The authors accessed Google Street View (GSV) 360-degree panoramas of every property within the urban core of Ottawa, Canada, and adjacent regions, for every year from 2007-2016. They trained a deep-mapping computer model to process this GSV data, looking for visual changes to the properties over time that could indicate gentrification: improvements such as new fences, repainting or window replacement. After training, the model achieved 95% accuracy in detecting gentrification indicators as compared to a human investigator.

For the Greenbelt neighbourhood, the model detected 3483 instances of gentrification indicators at 2922 unique locations. The generated gentrification density map aligned very closely to a map showing where development/building permits had been granted.

The model relies on a photographic dataset that is maintained and updated over time, such as the GSV maps used here. Changes to the ways these photographic datasets are collected can reduce the model’s accuracy. However, the authors note that their deep-mapping model can be easily recreated in locations with similar datasets available: a relatively-modest time investment can now produce highly spatially- and temporally resolved maps of the gentrification process.

The authors add: “Gentrification is reshaping our cities but at the same time it is hard to determine where and how fast the phenomena occurs in large dynamic urban centers. We used a deep learning AI to scour hundreds of thousands of Google Street View images of Ottawa’s buildings to flag where and when gentrification-like visual improvements to properties took place and, for the first time, provided the most detailed maps of spatial evolution of gentrification through time in a major city. These maps have direct implications for planning, social justice and addressing inequality in this large urban center.” “

Funding: This work was supported by and is a contribution to the Ottawa Neighbourhood Study (http://www.neighbourhoodstudy.ca).

In your coverage please use this URL to provide access to the freely available article in PLOS ONE: http://journals.plos.org/plosone/article?id=10.1371/journal.pone.0212814

Testing the symmetry of space-time by means of atomic clocks

‘Inactive’ ingredients may not be, study finds

Scienmag Oct 29, 2019
Advances understanding of which 'stage 0' breast cancer patients are most likely to progress to advanced cancer and…

Birds and bats have strange gut microbiomes — probably because…