The future of work is here. 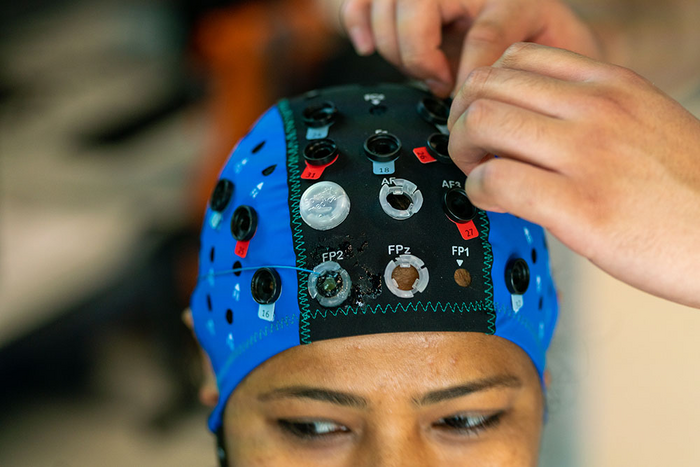 The future of work is here.

As industries begin to see humans working closely with robots, there’s a need to ensure that the relationship is effective, smooth and beneficial to humans. Robot trustworthiness and humans’ willingness to trust robot behavior are vital to this working relationship. However, capturing human trust levels can be difficult due to subjectivity, a challenge researchers in the Wm Michael Barnes ’64 Department of Industrial and Systems Engineering at Texas A&M University aim to solve.

“While our focus so far was to understand how operator states of fatigue and stress impact how humans interact with robots, trust became an important construct to study,” Mehta said. “We found that as humans get tired, they let their guards down and become more trusting of automation than they should. However, why that is the case becomes an important question to address.”

Mehta’s latest NSF-funded work, recently published in Human Factors: The Journal of the Human Factors and Ergonomics Society, focuses on understanding the brain-behavior relationships of why and how an operator’s trusting behaviors are influenced by both human and robot factors.

Mehta also has another publication in the journal Applied Ergonomics that investigates these human and robot factors.

Using functional near-infrared spectroscopy, Mehta’s lab captured functional brain activity as operators collaborated with robots on a manufacturing task. They found faulty robot actions decreased the operator’s trust in the robots. That distrust was associated with increased activation of regions in the frontal, motor and visual cortices, indicating increasing workload and heightened situational awareness. Interestingly, the same distrusting behavior was associated with the decoupling of these brain regions working together, which otherwise were well connected when the robot behaved reliably. Mehta said this decoupling was greater at higher robot autonomy levels, indicating that neural signatures of trust are influenced by the dynamics of human-autonomy teaming.

“What we found most interesting was that the neural signatures differed when we compared brain activation data across reliability conditions (manipulated using normal and faulty robot behavior) versus operator’s trust levels (collected via surveys) in the robot,” Mehta said. “This emphasized the importance of understanding and measuring brain-behavior relationships of trust in human-robot collaborations since perceptions of trust alone is not indicative of how operators’ trusting behaviors shape up.”

The next step is to expand the research into a different work context, such as emergency response, and understand how trust in multi-human robot teams impact teamwork and taskwork in safety-critical environments. Mehta said the long-term goal is not to replace humans with autonomous robots but to support them by developing trust-aware autonomy agents.

“This work is critical, and we are motivated to ensure that humans-in-the-loop robotics design, evaluation and integration into the workplace are supportive and empowering of human capabilities,” Mehta said.

Physiological and perceptual consequences of trust in collaborative robots: An empirical investigation of human and robot factors