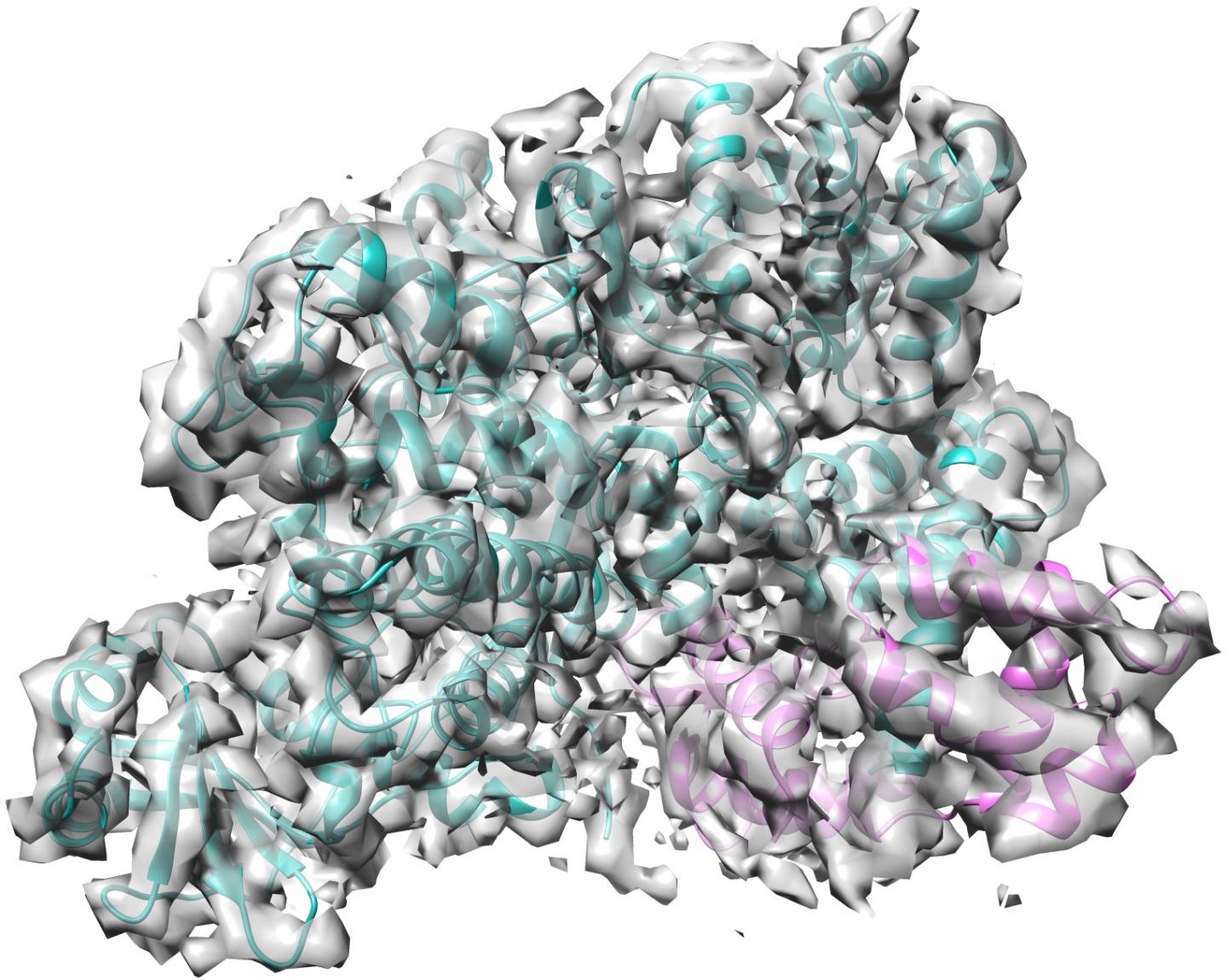 Pneumonia resulting from exposure to Legionella – although uncommon and affecting only 1 in 100,000 in Europe – has a higher than 10% fatality rate. The pathogenic bacterium Legionella pneumophila has more than 300 toxins that it uses to infect humans. Once the aerosols containing the bacteria are inhaled, Legionella enters the lungs where it starts infecting human cells, causing pneumonia.

Legionella toxins especially target the innate immune pathways facilitating the survival of the bacteria inside human cells and allowing the replication of the bacteria. Due to the large number of toxins it is difficult to see the effects of deleting one or multiple of these toxins on the Legionella infection capacities. This is further complicated by the fact that several toxins with similar functions exist inside the bacteria. This makes Legionella hard to target with specific drugs.

Focus on the SidJ toxin

Researchers from EMBL Grenoble and the Goethe University in Frankfurt have now studied the toxin SidJ in detail. It is an important toxic protein of Legionella that gets injected into the human cytoplasm and enables the successful infection and replication of the bacteria. In contrast to the other toxins in Legionella, the deletion of SidJ alone leads to a considerable growth defect of the bacteria in human cells. This makes SidJ one of the most important toxins of Legionella and an attractive target to curb Legionella infection.

While SidJ has been studied in the field for already more than a decade, the precise function of it remained unknown until today. “SidJ has no sequence similarity to any of the proteins with a known function. We had to resort to standard biochemical methods and mass spectrometry to determine its function”, explains Bhogaraju. “While working out its mechanism proved to be challenging, it was also very exciting!”

In particular, the missing detailed molecular study of the toxin hindered the development of drugs that can target SidJ. The work by multidisciplinary scientists of Bhogaraju and Dikic groups now describes the molecular function of this protein in detail, elucidates its importance for Legionella infection and provides the identity of the human proteins that are targeted by SidJ.

The group showed that SidJ possesses protein glutamylation activity: it attaches the amino acid glutamate to a target protein as post-translational modification. “This kind of activity is a first for bacterial proteins”, says Ivan Dikic, Director of the Institute of Biochemistry II at Goethe University. SidJ glutamylates many human proteins that are involved in tackling microbial infections and innate immunity. In order to do this, SidJ interacts with the human protein Calmodulin – a highly conserved multifunctional intermediate calcium-binding messenger protein. “Legionella has cleverly evolved to use Calmodulin to trigger SidJ’s activity and as a result prevents SidJ’s activation before the infection in the human body takes place”, says Dikic.

The cryogenic electron microscopy structure of SidJ interacting with human Calmodulin also revealed that the toxin has a kinase domain fold. “This is a both interesting and important find, as the kinase fold is druggable” says Michael Adams, a PhD student in Bhogaraju group.

Start of a long way to therapeutic usage

The outcome of the study is going to prime many studies in the future, further dissecting the mechanism of SidJ mediated glutamylation. Importantly, since the researchers found that SidJ has a kinase fold, this discovery will initiate the search for a drug molecule with potential therapeutic effects.

“While our work doesn’t have a direct pharmaceutical application, our results on the structural and functional characteristics of one of the most important toxins of Legionella, will lead to future studies aiming to target this protein for therapeutic uses”, says Sagar Bhogaraju.

Brave new world: Simple changes in intensity of weather events ‘could be…

New $3 million project to study opioid medication use in criminal…