Tortoises on the menu 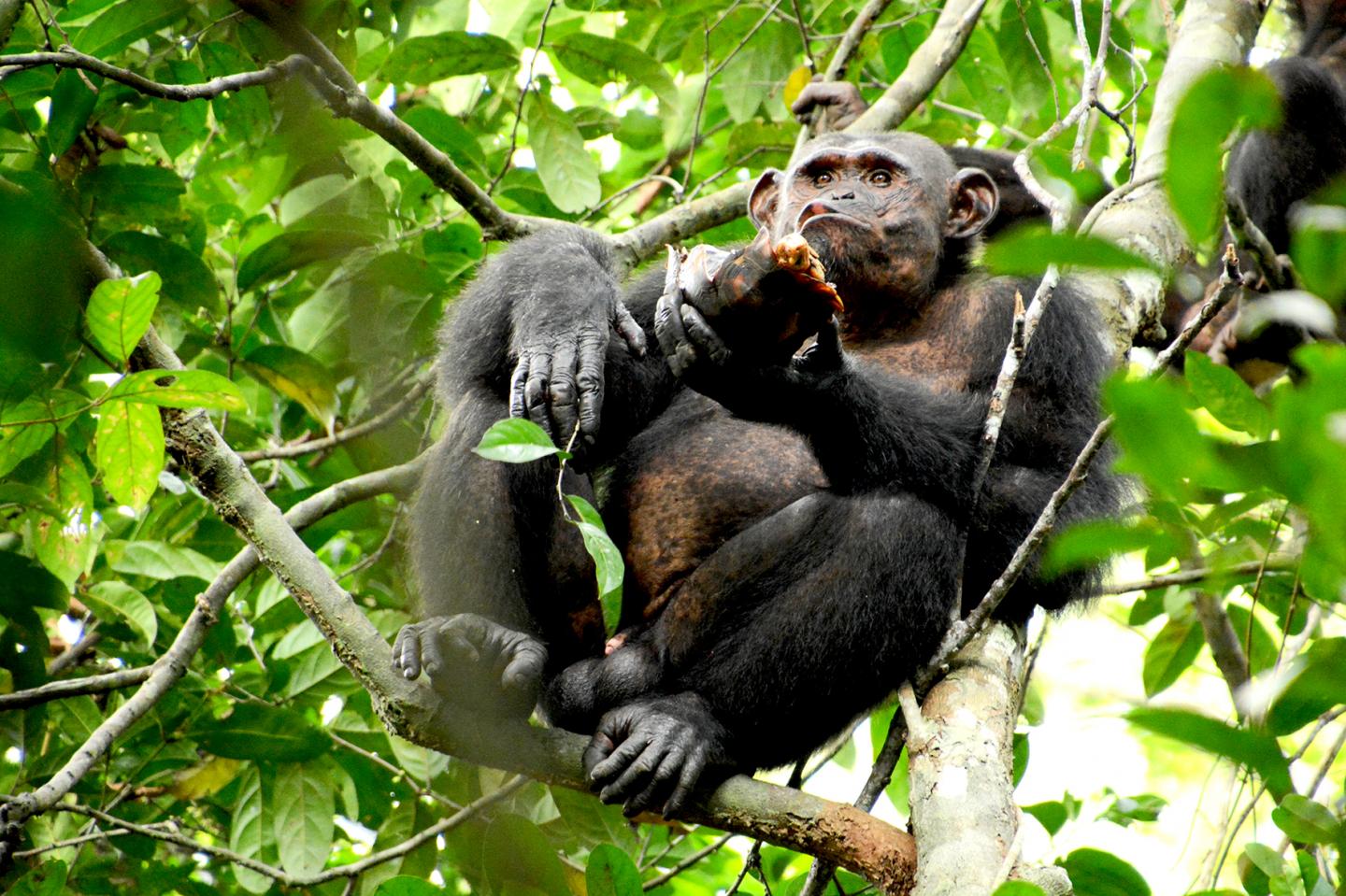 “We have known for decades that chimpanzees feed on meat from a variety of animal species, but until now the consumption of reptiles has not been observed”, says Tobias Deschner, a primatologist at the Max Planck Institute for Evolutionary Anthropology. “What is particularly interesting is that they use a percussive technique that they normally employ to open hard-shelled fruits to gain access to meat of an animal that is almost inaccessible for any other predator”.

The researchers studied the behaviour of chimpanzees of the newly habituated Rekambo community. They observed 38 prey events by ten different chimpanzees in the dry season, a period when other preferred food such as fruits is abundant. “Sometimes, younger animals or females were unable to crack open the tortoise on their own. They then regularly handed the tortoise over to a stronger male who cracked the tortoise’s shell open and shared the meat with all other individuals present”, says Simone Pika, first author of the study and a cognitive scientist at the University of Osnabrück.

There was one exceptional case in which an adult male, who was on his own, cracked a tortoise, ate half of it up while sitting in a tree and then tucked the rest of it in a tree fork. He climbed down, built his nest in a nearby tree and came back the next morning to retrieve the leftovers and continue to feast on them for breakfast. “This indicates that chimpanzees may plan for the future”, says Pika. “The ability to plan for a future need, such as for instance hunger, has so far only been shown in non-human animals in experimental and/or captive settings. Many scholars still believe that future-oriented cognition is a uniquely human ability. Our findings thus suggest that even after decades of research, we have not yet grasped the full complexity of chimpanzees’ intelligence and flexibility”.

Deschner adds: “Wild chimpanzee behaviour has been studied now for more than 50 years and at more than ten long-term field sites all across tropical Africa. It is fascinating that we can still discover completely new facets of the behavioural repertoire of this species as soon as we start studying a new population”.

The authors further emphasize the importance of non-human primate field observations to inform theories of hominin evolution. “As one of our closest living relatives, the study of chimpanzee behaviour is a window into our own history and evolution”, says Pika. “To prevent this window from closing once and for all, we need to do whatever we can to secure the survival of these fascinating animals in their natural habitats across Africa”, concludes Deschner.

Dissolving protein traffic jam at the entrance of mitochondria