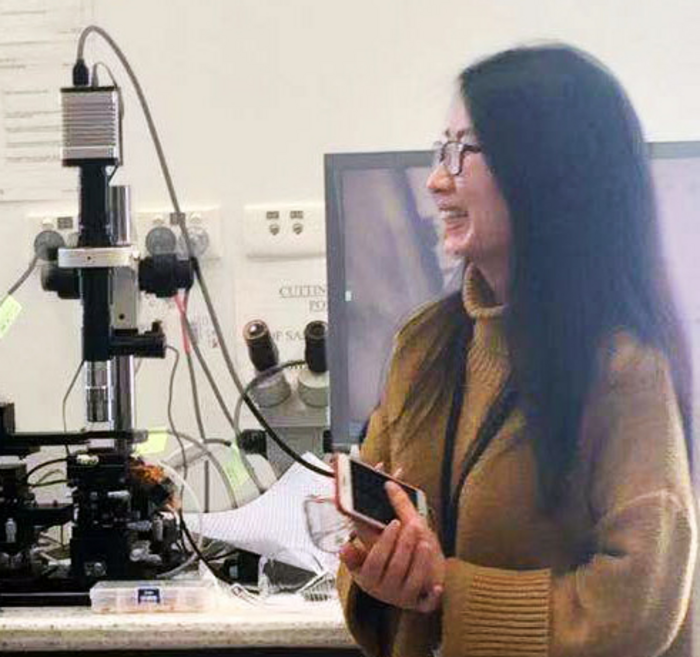 The elusive Majorana fermion, or ‘angel particle’ proposed by Ettore Majorana in 1937, simultaneously behaves like a particle and an antiparticle – and surprisingly remains stable rather than being self-destructive.

Additionally, it is the presence of Majorana zero-energy modes in topological superconductors that have made those exotic quantum materials the main candidate materials for realizing topological quantum computing.

The existence of Majorana fermions in condensed-matter systems will help in FLEET’s search for future low-energy electronic technologies.

The angel particle: both matter and antimatter

Fundamental particles such as electrons, protons, neutrons, quarks and neutrinos (called fermions) each have their distinct antiparticles. An antiparticle has the same mass as it’s ordinary partner, but opposite electric charge and magnetic moment.

Conventional fermion and anti-fermions constitute matter and antimatter, and annihilate each other when combined.

“The Majorana fermion is the only exception to this rule, a composite particle that is its own antiparticle,” says corresponding author Prof Xiaolin Wang (UOW).

However, despite the intensive searching for Majorana particles, the clue of its existence has been elusive for many decades, as the two conflicting properties (ie, it’s positive and negative charge) render it neutral and its interactions with the environment are very weak.

While the existence of the Majorana particle has yet to be discovered, despite extensive searches in high-energy physics facilities such as CERN, it may exist as a single-particle excitation in condensed-matter systems where band topology and superconductivity coexist.

“In the last two decades, Majorana particles have been reported in many superconductor heterostructures and have been demonstrated with strong potential in quantum computing applications” according to Dr Muhammad Nadeem, a FLEET postdoc at UOW.

A few years ago, a new type of material called iron-based topological superconductors were reported hosting Majorana particles without fabrication of heterostructures, which is significant for application in real devices.

Applications of the Majorana zero mode

If such condensed-matter systems, hosting Majorana fermions, are experimentally accessible and can be characterized by a simple technique, it would help researchers to steer the engineering of low-energy technologies whose functionalities are enabled by exploiting unique physical characteristics of Majorana fermions, such as fault-tolerant topological quantum computing and ultra-low energy electronics.

The hosting of Majorana fermions in topological states of matter, topological insulators and Weyl semimetals will be covered in this month’s major international conference on the physics of semiconductors (ICPS), being held in Sydney Australia.

The work is supported by the Australian Research Council Centres of Excellence, Future Fellowship and Discovery programs, and combined research across FLEET’s University of Wollongong, RMIT University and UNSW, Sydney nodes, along with partner organisation Tsinghua University (China).