Too much sugar doesn’t put the brakes on turbocharged crops 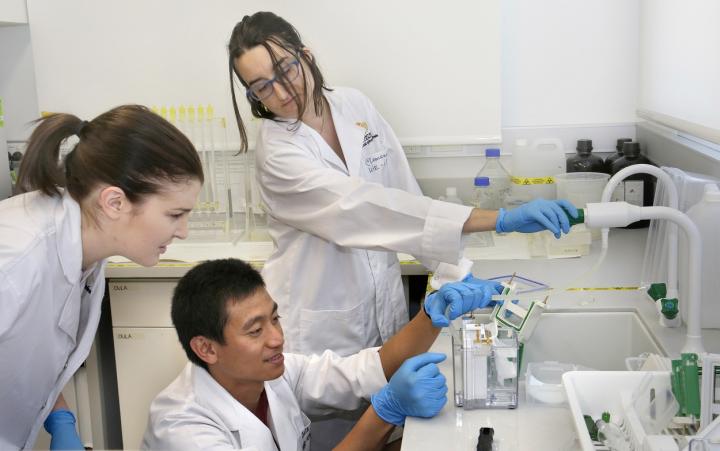 Plants make sugars to form leaves to grow and produce grains and fruits through the process of photosynthesis, but sugar accumulation can also slow down photosynthesis. Researching how sugars in plants control photosynthesis is therefore an important part of finding new ways of improving crop production.

Recent research into highly productive turbocharged crops such as maize and sorghum, show the secret to their productivity could lie in their sugar sensing responses which regulate photosynthesis inside their leaves.

“By comparing rice and millet we found that crops that use the C4 photosynthesis path, such as maize, sorghum and millet, regulate photosynthesis using different sugar signal mechanisms than C3 crops, such as wheat and rice. This may be part of the reason why they are more productive,” said lead researcher Dr Clemence Henry from the ARC Centre of Excellence for Translational Photosynthesis (CoETP).

“Plants can detect how much sugar is being produced and used through a complex set of sugar sensing mechanisms. These mechanisms can shut photosynthesis down if sugar accumulation is too high. However, to our surprise, we found out that unlike previously shown in some C3 plants, C4 plants are not so sensitive to high levels of sugars, which shows us that the feedback mechanism is not as simple as we previously thought” Dr Henry says.

“We are trying to understand how photosynthesis is regulated in C4 plants, which are some of the most important cereals in global food production. The regulation mechanisms have been well studied in C3 plants, but until now, we didn’t know what happens in C4 crops and how this is related to their ability to produce more sugars,” says Dr Oula Ghannoum, CoETP Chief investigator at Western Sydney University.

“One of the most exciting outcomes of this research is that if we understand how sugar signalling works in C4 crops, in the future when we transfer turbocharged photosynthesis mechanisms to crops like wheat and rice we will ensure we improve their yield,” says Dr Ghannoum.

Improving photosynthesis, the process by which plants convert sunlight, water and CO2 into organic matter, is recognised as one of the best ways to increase crop production.

“The tricky part is to translate the results found at the molecular level to the crop level. For improved photosynthesis to give more yield we need to “take the brakes off” the crop. This is an essential piece of the puzzle to achieve improved yield through increased photosynthesis,” says CoETP Director Professor Robert Furbank, one of the authors of this study.

“We still have a lot of unanswered questions about how these sugar sensors work. Our next steps are to manipulate these sensors, which will help us to gather essential information we need to transfer them to C3 crops in the future,” Dr Ghannoum says.

This research has been funded by the ARC Centre of Excellence for Translational Photosynthesis, which aims to improve photosynthesis to increase crop production and is a collaboration with Rothamsted Research in the UK.

Scienmag Jul 5, 2019
OHSU research could lead to new therapies to heal nervous system disorders Scientists have discovered that a…

Scientists ‘must be allowed to cry’ about destruction of…