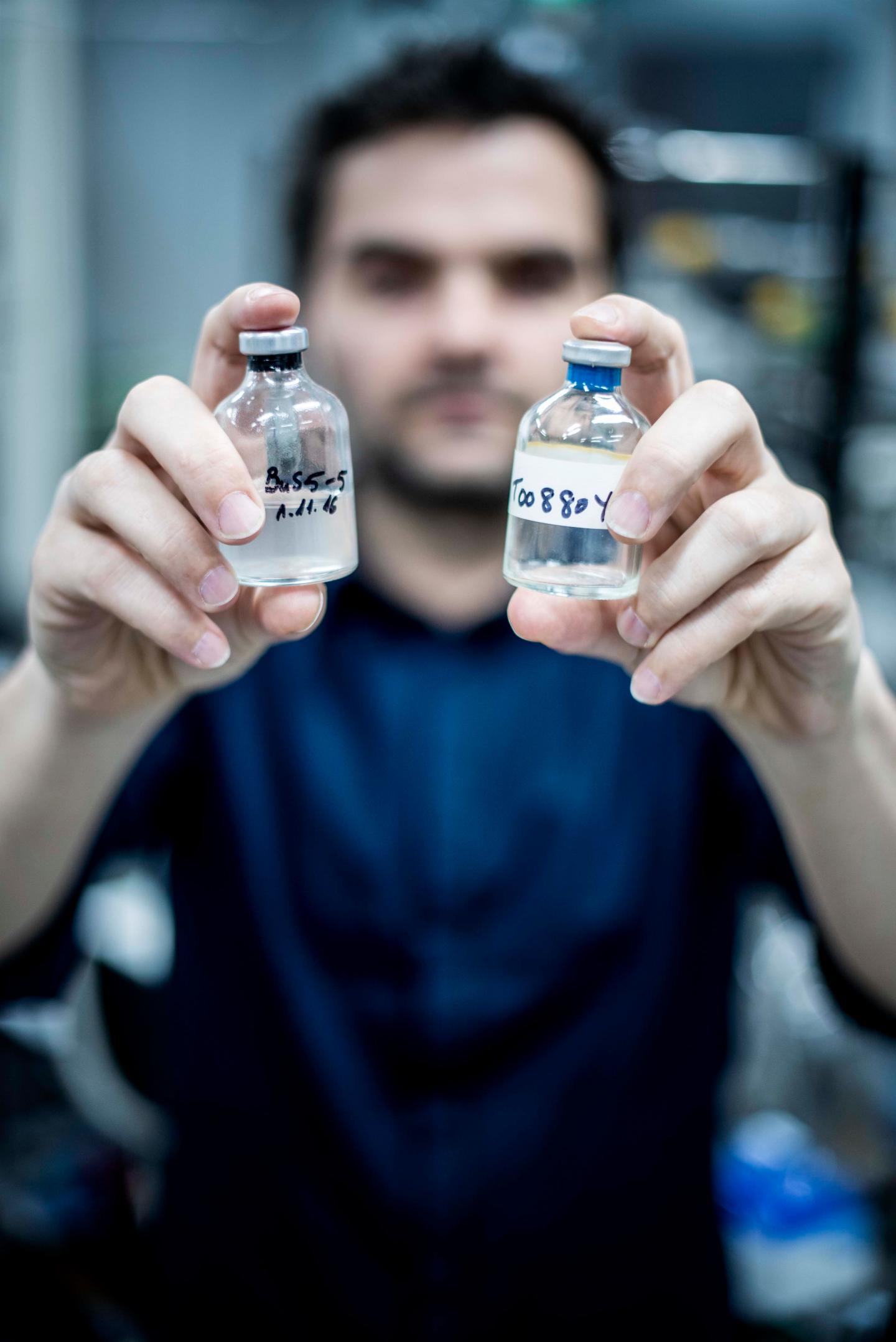 Hydrocarbons play key roles in atmospheric and biogeochemistry, the energy economy, and climate change. Most hydrocarbons form in anaerobic environments through high temperature or microbial decomposition of organic matter. Microorganisms can also “eat” hydrocarbons underground, preventing them from reaching the atmosphere. Using a new technique developed at the Earth-Life Science Institute (ELSI), an international team led by the Tokyo Institute of Technology professors Alexis Gilbert, Naohiro Yoshida and Yuichiro Ueno show that biological hydrocarbon degradation gives a unique biological signature. These findings could help detect subsurface biology and understand the carbon cycle and its impact on climate.

Humanity exploits Earth’s vast reservoirs of hydrocarbons as one of its principle energy sources. The ways in which carbon is fixed and processed during the formation of these reservoirs have important consequences for resource exploration. In addition, the release of hydrocarbons from Earth’s subsurface reservoirs can have important implications on Earth’s climate, since light hydrocarbons such as methane are potent greenhouse gases. Scientists would like to understand the potentially important role Earth’s enormous subsurface biosphere might play in deep hydrocarbon reservoir behaviour. To date, it has been difficult to estimate how much hydrocarbons have been affected by subsurface microorganisms.

Gilbert and coworkers overcame this difficulty by using a new method developed at ELSI that enables the measurement of position specific stable carbon isotope ratios. Hydrocarbons are mostly long chains of carbon atoms attached to hydrogen atoms, but carbon has two naturally abundant isotopes (types of carbon atom with different numbers of neutrons, and thus different masses, which can be measured), carbon-12 (12C) and carbon-13 (13C). Due to the ways organisms form the molecules that ultimately become environmental hydrocarbons, the ratio of 12C/13C for each specific carbon atom position in a hydrocarbon can be unique. The research here focused on propane, a natural gas hydrocarbon molecule containing three carbon atoms.

The researchers fed propane to microorganisms in the lab to measure the specific 12C/13C signature produced these organisms, and measured the non-biological changes that occurred when propane is broken down at high temperatures, a process known as “cracking.” They then used these baseline measurements to interpret natural gas samples from the US, Canada and Australia, allowing them to detect the presence of microorganisms using propane as “food” in natural gas reservoirs, and to quantify the amount of hydrocarbons eaten by microorganisms. “When I started analyzing samples from the bacterial simulation experiments, they matched perfectly what we observed in the field, suggesting the presence of propane degrading bacteria in the natural gas reservoirs,” Gilbert noted. Thus, this study revealed the presence of microorganisms that would have been difficult to detect using conventional methods, and opens a new window to understanding global hydrocarbon cycling.

“I was particularly interested in deciphering biological from non-biological processes related to organic molecules. This question has implication for the origin of life, for detection of life in the Universe, but also for our understanding of the biosphere and its evolution on Earth,” says Gilbert. This study also has important implications with global climate change, as propane and other hydrocarbons are greenhouse gases and pollutants. Though the team did not attempt to quantify how much hydrocarbons are being “eaten” by microorganisms at the global scale, they believe their approach will allow such quantification in the near future, and suggest this will benefit models aiming to quantify global hydrocarbon cycling.

Finally, Gilbert adds, in the future this kind of approach may be useful for the detection of life on extraterrestrial bodies such as other planets or moons in our solar system. Though their current machine is too large to be sent to space, their techniques could be applied to samples brought back to Earth, or their instrument could be miniaturized.

Tokyo Tech stands at the forefront of research and higher education as the leading university for science and technology in Japan. Tokyo Tech researchers excel in fields ranging from materials science to biology, computer science, and physics. Founded in 1881, Tokyo Tech hosts over 10,000 undergraduate and graduate students per year, who develop into scientific leaders and some of the most sought-after engineers in industry. Embodying the Japanese philosophy of “monotsukuri,” meaning “technical ingenuity and innovation,” the Tokyo Tech community strives to contribute to society through high-impact research. http://www.titech.ac.jp/english/

Launched in 2012, ELSI is one of Japan’s ambitious World Premiere International research centres, whose aim is to achieve progress in broadly inter-disciplinary scientific areas by inspiring the world’s greatest minds to come to Japan and collaborate on the most challenging scientific problems. ELSI’s primary aim is to address the origin and co-evolution of the Earth and life.

The World Premier International Research Center Initiative (WPI) was launched in 2007 by the Ministry of Education, Culture, Sports, Science and Technology (MEXT) to help build globally visible research centres in Japan. These institutes promote high research standards and outstanding research environments that attract frontline researchers from around the world. These centres are highly autonomous, allowing them to revolutionize conventional modes of research operation and administration in Japan.

How the immune system protects us against bowel cancer

A fortress of ice and snow