To save biodiversity, scientists suggest ‘mega-conservation’

To save biodiversity, scientists suggest ‘mega-conservation’ — starting with one of the most prolific species in the world 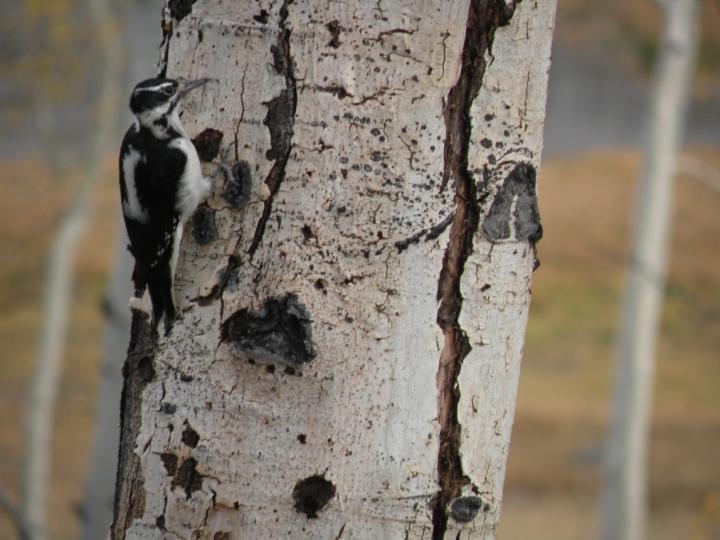 While the conservation of charismatic creatures like pandas, elephants and snow leopards are important in their own right, there may be no better ecological bang-for-our-buck than a sound, science-based effort to save widespread keystone systems. And the majestic aspens could be a perfect start for such an endeavor.

That’s the conclusion of the researchers behind the first-ever compendium of world aspen communities. In their new publication, the researchers advance the idea of “mega-conservation,” where the conservation of widespread, common, species — like aspen — may have a strategic advantage over traditional, single-species conservation.
“The significance of aspen is that they support large numbers of dependent species, meaning aspen are truly keystone species,” said Paul Rogers, the director of the Western Aspen Alliance at Utah State University and a co-author of the report. “There are six species of aspen that span much of the northern hemisphere and similarities in these aspen ecosystems allow us to employ continental conservation practices with enormous benefits to world biodiversity.”

Aspen forests have been directly and indirectly impacted by human actions, including forest management favoring high-value timber trees, domestic and wild herbivore mismanagement, fire suppression, land development and mining, and extended droughts related to climate warming. A vast array of species depend on intact aspen forests; as aspen thrive or decline, so do those species dependent on their status. Previous research, for example, has demonstrated localized declines in bird species, insects, lichens, and small mammals when aspen forests are denuded. A healthy aspen forest, on the other hand, can support thousands of other species, forming a “protective bubble,” of sorts, around many vulnerable or endangered species at once.

“While we don’t advocate choosing one strategy only, we do suggest considering the broader benefits inherent in preserving world biodiversity by using keystone ecosystems, or mega-conservation,” said Bradley Pinno (Univ. Alberta, Canada), another co-author of the paper, which uses regional experts to synthesize the best-available aspen science for use by government, commercial, and non-profit research and restoration institutions.

Fourteen leading aspen ecologists from eight countries across North America and Eurasia were assembled to review aspen science, threats, and restoration practices, including an examination of 200 published papers in the field. In all regions, the group found healthy aspen enhance biodiversity, facilitate rapid recolonization in natural and damaged settings like abandoned mines, and provide adaptability in changing environments.

A key take-home message is that shared cross-border science for widespread keystone systems can facilitate effective, global-scale, biodiversity.
“Moving forward, we hope to expand our burgeoning Aspen Conservation Consortium will include more national experts and will continually improve the quality of world aspen science and management,” Jan Šebesta (Mendel Univ., Czechia) said, “Using aspen forests as a proxy for a mega-conservation approach, we believe that an internationally focused research and conservation management approach may be the most effective way to preserve total species numbers.”