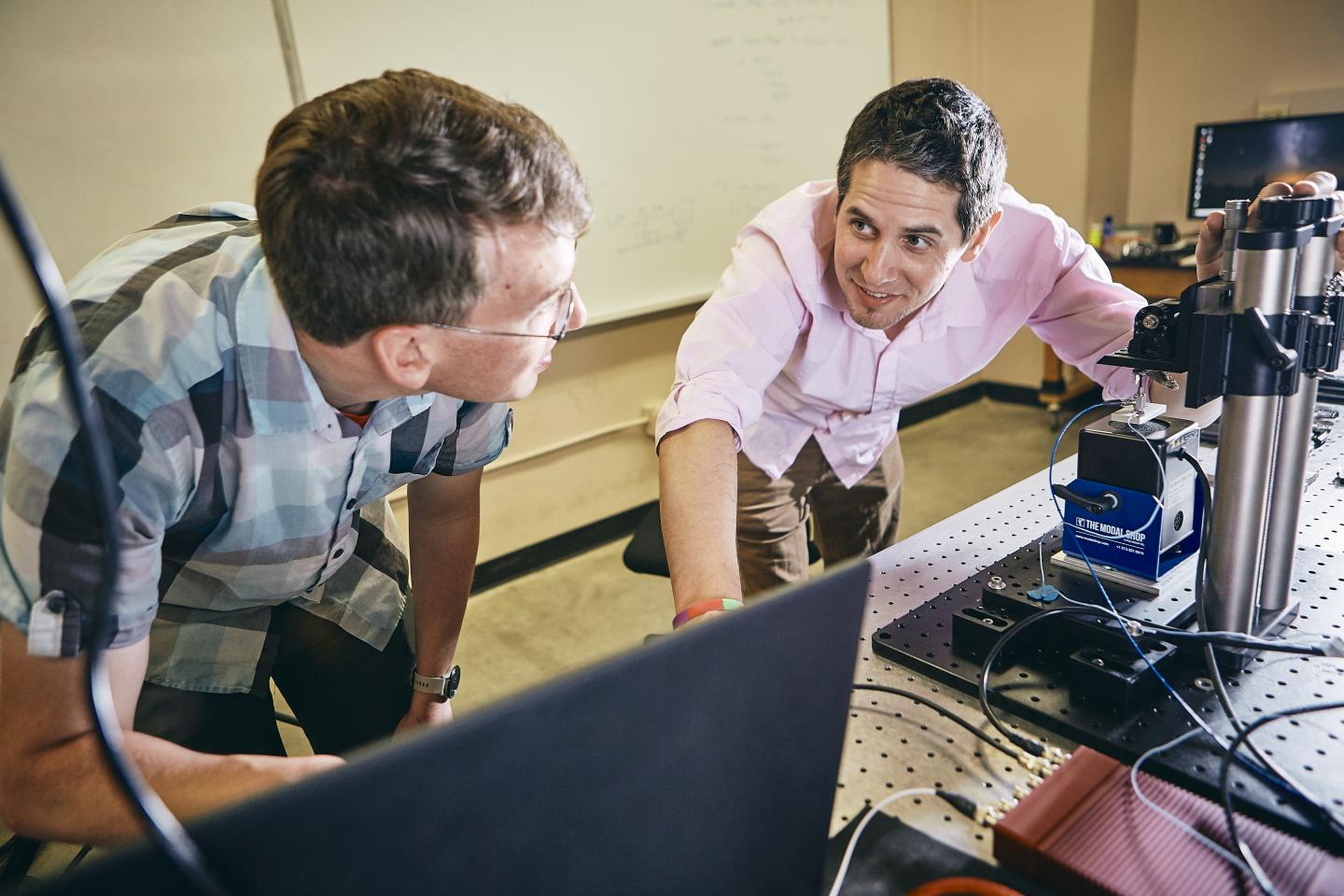 BOZEMAN — The unmanned aircraft known as drones, used by hobbyists, researchers and industry to take aerial images and perform other tasks, are growing ever more popular — and smaller. But that miniaturization, which has produced drones that fit in a person’s palm, has started to bump into the laws of physics.

Spinning rotor blades like those of a helicopter can be downsized only so much before air friction overtakes lift force, causing the tiny motors to overheat and fail. That’s why engineers, in an effort to develop tiny drones that could one day monitor natural gas pipelines for leaks or even dart among blossoms to help pollinate crops, are increasingly interested in the flapping wing flight of hovering insects.

Nature has suggested what scientists are beginning to understand in theory: “Flapping wings can scale down almost indefinitely” and still produce sufficient lift force, said Mark Jankauski, assistant professor in the Department of Mechanical and Industrial Engineering at Montana State University’s Norm Asbjornson College of Engineering.

But creating artificial versions of the insects’ intricate designs is another matter. That’s because the precise mechanics of flapping wings remain poorly understood, according to Jankauski, who specializes in the field.

Now, backed by a three-year grant of $370,000 from the National Science Foundation, Jankauski is leading a project to map the physics of flapping flight in new ways, including with more efficient analytical models that could dramatically simplify the process of designing the wings.

“There is still a lot of work to be done before (flapping wings) are a viable technology for an application,” Jankauski said. “This is a jumping off point.”

Jankauski’s partner on the project, MSU assistant professor of mechanical engineering Erick Johnson, specializes in the computer models that simulate how structures like wings interact with fluids, including air. The behavior of flexible, flapping wings is extremely complex, he said.

“My models take days or weeks to run” on an average computer, Johnson said. By comparison, the models that the researchers develop will be “almost instantaneous,” he said, adding that “it’s a fascinating field to be in.”

Accomplishing that will mean finding approximations for the complicated equations that would otherwise be crunched by the computer models. To do that, Jankauski and Johnson will make detailed measurements of actual flapping wings.

In their lab, the researchers have a device that can precisely bend wing replicas to create detailed geometric maps of how the wings respond to various forces. They will also be experimenting with other testing rigs that replicate and measure flapping insect flight, according to Jankauski.

In the end, the new models could allow designers to consider thousands of possible wing designs and get quick feedback about which would best serve to lift and maneuver tiny drones. The models could also be used to help control drones’ flight by calculating, for instance, the needed wing pitch or flapping speed, according to Jankauski.

The project will also contribute to a growing field of science that explores the extraordinary features of biological fliers more generally. “There’s an absolute wealth of knowledge to be gained about the world through the study of insects and how they interact with their environments,” Jankauski said.

Pushing the bounds of memory