To evade humans, this medicinal plant has evolved to hide in plain sight 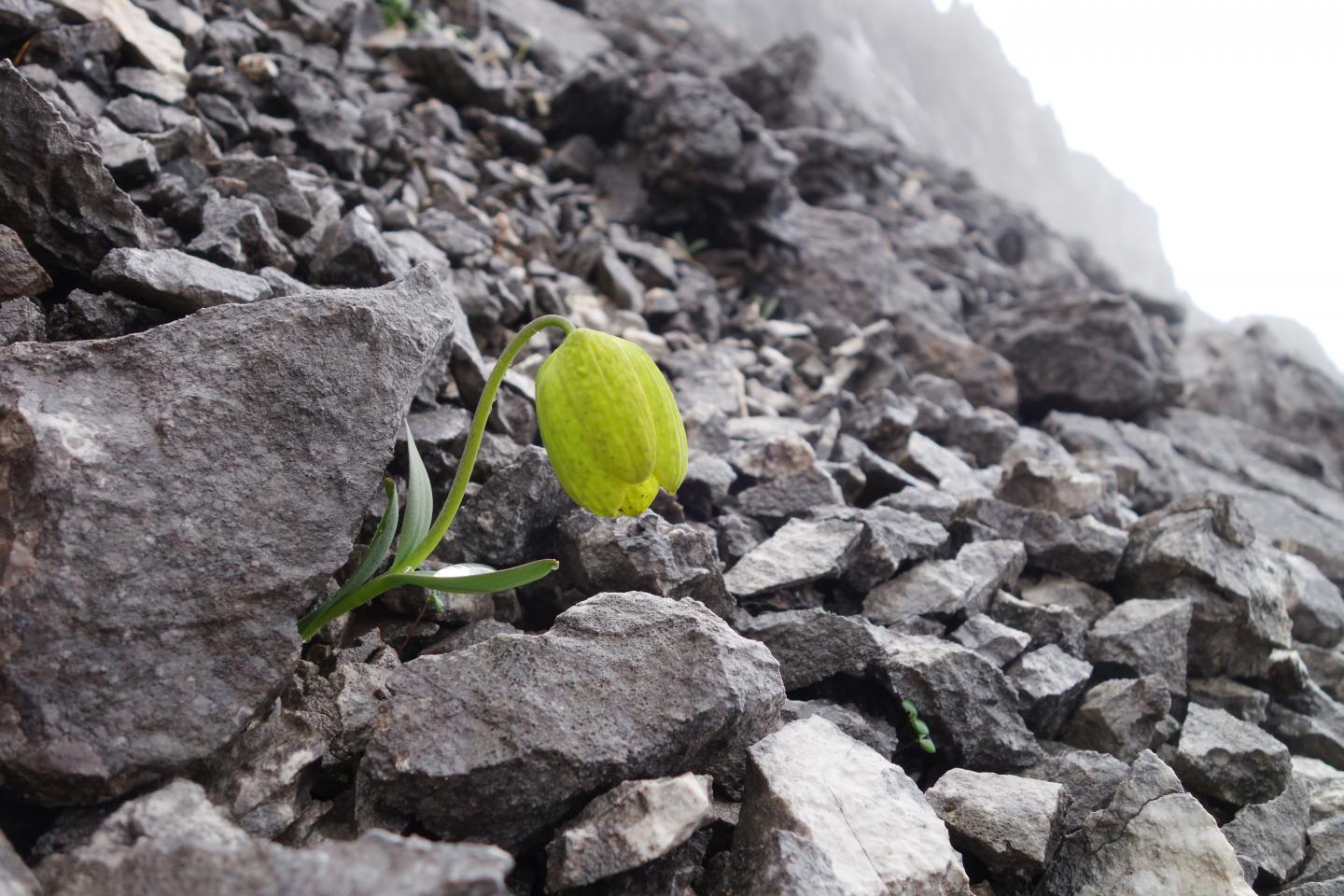 Bulbs of the plant known as Lu Bei (Fritallaria delavayi) have been used in Chinese medicine for more than two thousand years. Now, researchers reporting November 20 in the journal Current Biology have found that, in places where the herb is harvested more, the plant has evolved to blend in better with the background, making them harder for people to find. As a result, the plant varies in color from brown or grey to green, depending on whether it lives in a place that is frequented by human collectors or not.

“We’ve found that human harvesting of a traditional medicine plant has led to the evolution of camouflage by the plants, to evade detection by collectors,” said Martin Stevens of University of Exeter. “And that camouflage is better in locations where collection intensity has been higher.”

First author of the new study Yang Niu, Kunming Institute of Botany, Chinese Academy of Sciences, had been studying the evolution of alpine plants for years. He and his colleagues had noticed that the color of F. delavayi showed obvious variation among populations. They also knew it had a long history of use in traditional medicine. Could human harvesting be responsible for those differences in color they were seeing?

It appears that the answer is yes. The researchers found that the degree to which the plants’ color matches its mountainous background is associated with estimates of how heavily they are harvested in particular places. Where they are heavily collected, the plants are camouflaged and therefore more cryptic.

To confirm that the plant colors influenced the ability of people to find them, the researchers developed an online citizen science experiment “Spot the Fritillaria.” People were asked to spot the plants as quickly as they could. Not surprisingly, those plants that more closely matched the background took longer for people to find.

While it’s possible that other animals could exert similar pressures, the researchers say they don’t think that’s likely. There’s no evidence that the plants are a popular food item for other animals living in the area. The plants also produce chemicals that are known to deter rodents. Ironically, it is those same compounds that make them attractive to people as a medicinal herb.

For the plant, the camouflage may have downsides, which the researchers hope to explore in future studies. “In heavily collected populations, camouflage in flowers may weaken their attractiveness to pollinators such as bumblebees,” Niu said. “We aim to find out how the plants deal with this problem.”

Stevens says his team is “further exploring how animals and plants are being affected by human actions, including how their defensive behaviors and coloration are being influenced by selection pressure and stresses imposed by humans, from noise pollution to climate change.”

Current Biology (@CurrentBiology), published by Cell Press, is a bimonthly journal that features papers across all areas of biology. Current Biology strives to foster communication across fields of biology, both by publishing important findings of general interest and through highly accessible front matter for non-specialists. Visit: http://www.cell.com/current-biology. To receive Cell Press media alerts, contact [email protected]