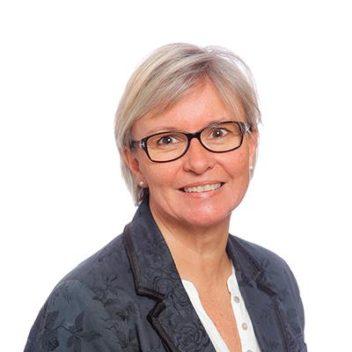 Almost half of all pregnancies are unplanned. In 2017, 12 733 abortions were carried out in Norway. The number of live births the same year was 56 600.

In her doctoral work at the Norwegian University of Science and Technology (NTNU) in Ålesund, Assistant Professor Marianne Kjelsvik interviewed 13 women between 18 and 36 who came to the hospital for an abortion, but who were so unsure about their choice that they went home again to think about it more.

Between 10 and 20 per cent of women are still uncertain about whether they should have an abortion when they come in for the procedure.

“The women said that they’d been very careful about whom they talked to about abortion. Some of them hadn’t brought it up with the man they’d become pregnant by. They searched online to find stories about women who had been in the same situation. When I asked if there was anyone they would have like to talk to but were hesitant to, several said ‘my mother,'” says Kjelsvik, who works in NTNU’s Department of Health Sciences.

Among the women who had talked with their mothers, several mothers opened up and admitted that they’d had an abortion themselves.

“When this is kept secret, even from the people you’re closest to, it says something about how alone a woman can feel,” says Kjelsvik.

The PhD candidate is a trained nurse and has extensive experience as a supervisor with the counselling service Amathea, an independent health service whose goal is for women to be able to live well with the decision that they’ve had time to think through.

The voice we don’t hear

Kjelsvik finds that the abortion debate lacks the voices of women who have faced the choice between terminating or completing their pregnancy.

“Ideally, a woman who wants to have an abortion should be sure of her choice, but many women aren’t. They find themselves in a situation that isn’t conducive to having a child, and at the same time they find it difficult to go through with an abortion. Then they end up making the final decision at the hospital.”

“Healthcare workers have busy schedules, and several mentioned that they hadn’t received training on how to help women who were in doubt.”

Religion often enters into the abortion debate. However, the women in this study did not bring up religion when they talked about their values.

“Women have their own values, and the women in the study were concerned with the fact that their decision involved a life. They considered the possibility of life with a child. Everyone has an opinion about abortion, but for the women who were in this situation, figuring out right and wrong became a complex question,” says Kjelsvik.

The 13 women in the study were recruited from six different hospitals around the country. The women felt well received at the hospital when they came for the abortion. They felt respected.

But at the same time, they wished that staff could have dealt better with their doubts. Not necessarily by giving advice, but by listening to them. The women really needed someone to talk to. Someone who could tell the women how difficult it had been for them. The health care workers, on the other hand, were very careful not to be judgmental or to influence the women in any way.

“Health care workers have busy schedules, and several staff mentioned that they hadn’t received training on how to help women who were in doubt. If several conflicted women come in on the same day, it can mess up the schedule completely,” says Kjelsvik.

She thinks more time should be allotted for these appointments and that it shouldn’t be solely up to the individual nurse to help.

“Everyone benefits when a woman is confident that she’s made the right choice. For health care workers to avoid appearing judgmental or influencing the decision, I’d suggest an open introductory question like, ‘What has it been like for you to make your decision about this abortion?’ That kind of question signals caring rather than judgment,” says Kjelsvik.

Even after the women in the study had made their final decision, they still had lingering doubts.

Kjelsvik did follow-up interviews four weeks and twelve weeks after the women had made their decisions. Everyone was relieved to have come through a difficult time, but at the same time some women were still unsure about whether they had done the right thing.

Those who had chosen to carry their pregnancies to term had mixed feelings. Some were troubled because they didn’t enjoy being pregnant and worried whether they would be able to love the child. The reason they had considered abortion had not disappeared.

Some of those who chose to get an abortion later thought that they could actually have gone through with the pregnancy.

Berge Solberg, professor of medical ethics at NTNU, believes the scepticism towards involving the outside world in the question of abortion has many causes.

“We’re seeing a demystifying and ‘de-tabooing’ of abortion. More and more people are coming forward and talking about having had an abortion. But even though we’re having these big social debates, the issue is perceived as very private for the person who finds herself in this situation. Even people who regard abortion as unproblematic and not ethically difficult know that people can have strong opinions in the opposite direction. So, you become cautious about bringing up the topic,” says Solberg.

He is the deputy chair of the Norwegian National Committee for Medicine and Health Research Ethics.

Norway’s Abortion Act came after a long historical battle for women’s rights. Norwegian abortion law is based on the idea that a woman has the right to control her own body, which applies without restriction until the end of the twelfth week of pregnancy.

After twelve weeks, a panel makes the final decision and weighs the woman’s interests against the foetus’ right to life. This may result in a conflict of interest. The panels are required to pay close attention to the woman’s point of view, and in most cases her choice is honoured.

The requirements for granting abortion becomes increasingly strict as the women gets closer and closer to term. Norway does not give the foetus legal status before birth, but recognizes an individual’s “full human dignity” at birth.

“But even if the law were to be interpreted that the foetus has full moral status as a person before birth, it doesn’t mean that abortion wouldn’t be allowed. The woman’s rights over her own body can trump the foetus’s right to life,” says Solberg.

The debate on foetal reduction – aborting one foetus when a woman is carrying twins – became a hot topic after Norway’s Ministry of Justice and Public Security interpreted the abortion law to mean that full self-determination also applied in these cases.

The government’s Granavolden platform, consisting of the Conservatives (H), the Progress party (Frp), the Liberals (V) and the Christian Democratic party (KrF), agreed to remove the possibility of self-determined foetal reduction and to temporarily freeze the Abortion Act and the Biotechnology Act. Professor Solberg believes that proposals to liberalize these two acts will be made when this period is over.

“It’s more likely that the Abortion and Biotechnology Acts will be liberalized than tightened. However, the support for today’s Abortion Act is strong, and fights over it can contribute to sharper divisions,” Solberg says.

Abortion rate the same regardless of law

According to the ethics professor, the number of abortions in practice is pretty consistent from country to country, even though legislation differs. Ireland had a ban on abortion until recently, but the consequence of the ban was that Irish women travelled to England get abortions.

“We find that the legislation on the issue doesn’t affect the choice of action. The consequence of a ban or very strict laws against abortion isn’t fewer abortions, but far more dangerous abortions, and a lot of suffering. Unsafe abortions are a major global health problem,” says Solberg.

How do scars form? Fascia function as a repository of mobile scar tissue