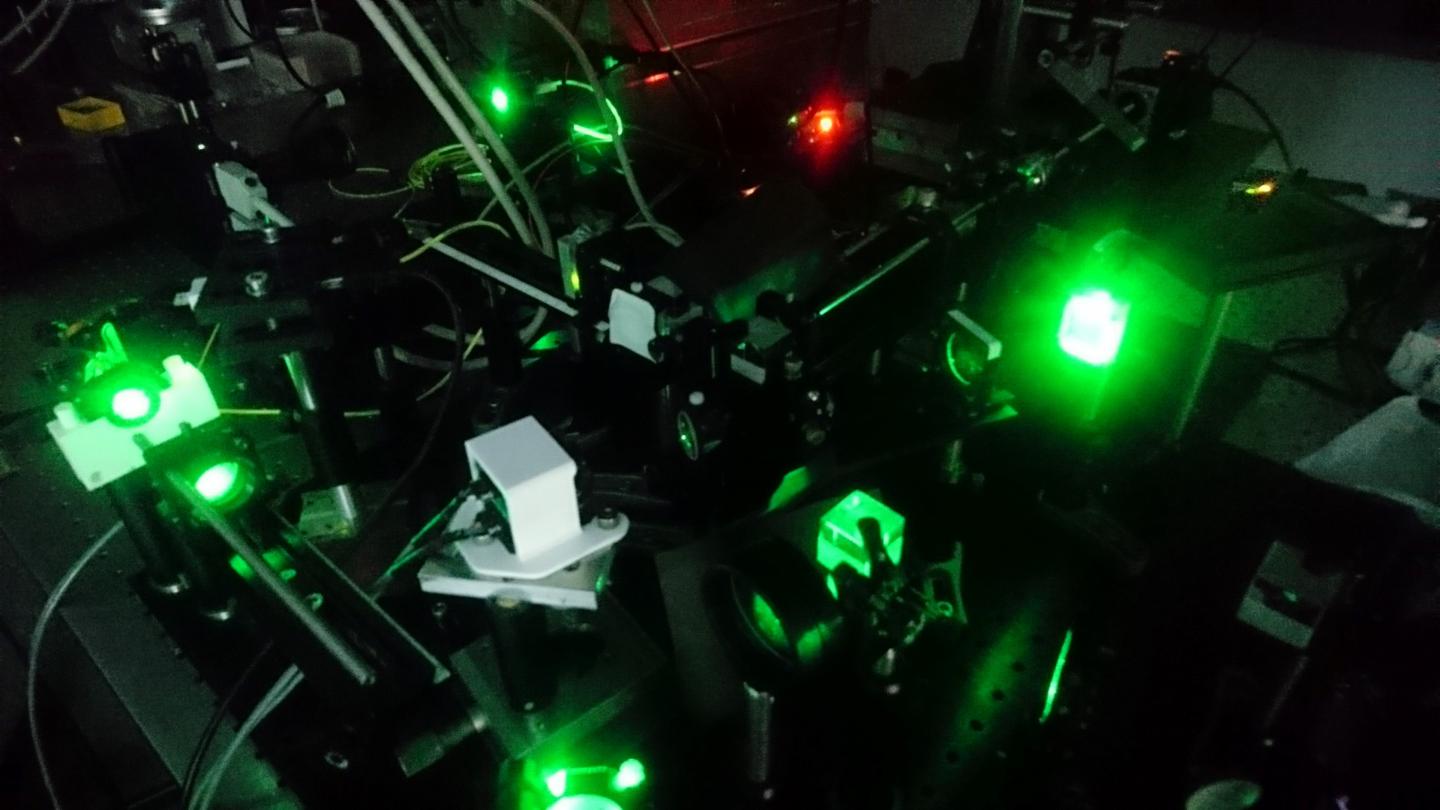 WASHINGTON — Researchers have developed a new self-calibrating endoscope that produces 3D images of objects smaller than a single cell. Without a lens or any optical, electrical or mechanical components, the tip of the endoscope measures just 200 microns across, about the width of a few human hairs twisted together.

As a minimally invasive tool for imaging features inside living tissues, the extremely thin endoscope could enable a variety of research and medical applications. The research will be presented at the Frontiers in Optics + Laser Science (FIO + LS) conference, held September 15-19 in Washington, D.C., U.S.A.

According to Juergen W. Czarske, Director and C4-Professor at TU Dresden, Germany and lead author on the paper: “The lensless fiber endoscope is approximately the size of a needle, allowing it to have minimally invasive access and high-contrast imaging as well as stimulation with a robust calibration against bending or twisting of the fiber.” The endoscope is likely to be especially useful for optogenetics – research approaches that use light to stimulate cellular activity. It also could prove useful for monitoring cells and tissues during medical procedures as well as for technical inspections.

Conventional endoscopes use cameras and lights to capture images inside the body. In recent years researchers have developed alternative ways to capture images through optical fibers, eliminating the need for bulky cameras and other bulky components, allowing for significantly thinner endoscopes. Despite their promise, however, these technologies suffer from limitations such as an inability to tolerate temperature fluctuations or bending and twisting of the fiber.

A major hurdle to making these technologies practical is that they require complicated calibration processes, in many cases while the fiber is collecting images. To address this, the researchers added a thin glass plate, just 150 microns thick, to the tip of a coherent fiber bundle, a type of optical fiber that is commonly used in endoscopy applications. The coherent fiber bundle used in the experiment was about 350 microns wide and consisted of 10,000 cores.

Keeping the view in focus

A key component of the new setup is a spatial light modulator, which is used to manipulate the direction of the light and enable remote focusing. The spatial light modulator compensates the optical transfer function and images onto the fiber bundle. The back-reflected light from the fiber bundle is captured on the camera and superposed with a reference wave to measure the light’s phase.

The position of the virtual guide star determines the instrument’s focus, with a minimal focus diameter of approximately one micron. The researchers used an adaptive lens and a 2D galvometer mirror to shift the focus and enable scanning at different depths.

The team tested their device by using it to image a 3D specimen under a 140-micron thick cover slip. Scanning the image plane in 13 steps over 400 microns with an image rate of 4 cycles per second, the device successfully imaged particles at the top and bottom of the 3D specimen. However, its focus deteriorated as the galvometer mirror’s angle increased. The researchers suggest future work could address this limitation. In addition, using a galvometer scanner with a higher frame rate could allow faster image acquisition.

Juergen W. Czarske will receive the 2019 Joseph Fraunhofer Award/Robert M. Burley Prize at FiO + LS for achievements in optical engineering. He is honored for seminal contributions to the field of digital interferometric and holographic sensors. Czarske is also a Fellow of OSA, EOS, SPIE, an elected member of Saxon Academy of Sciences and Scientific Society for Laser Technology. He has received the Berthold Leibinger Innovation Prize, the Reinhart Koselleck Project of German Research Foundation, the Measurement Technique Award of AHMT, and many other honors.

Frontiers in Optics is The Optical Society’s (OSA) Annual Meeting and held together with Laser Science, a meeting sponsored by the American Physical Society’s Division of Laser Science (DLS). The two meetings unite the OSA and APS communities for five days of quality, cutting-edge presentations, in-demand invited speakers and a variety of special events spanning a broad range of topics in optics and photonics–the science of light–across the disciplines of physics, biology and chemistry. The exhibit floor will feature leading optics companies, technology products and programs.

About The Optical Society

Founded in 1916, The Optical Society (OSA) is the leading professional organization for scientists, engineers, students and business leaders who fuel discoveries, shape real-life applications and accelerate achievements in the science of light. Through world-renowned publications, meetings and membership initiatives, OSA provides quality research, inspired interactions and dedicated resources for its extensive global network of optics and photonics experts. For more information, visit osa.org.