New research indicates better groundwater supply management could hold the key to help combat the impact of climate change in East Africa, where countries are currently facing the worst drought and food insecurity in a generation. 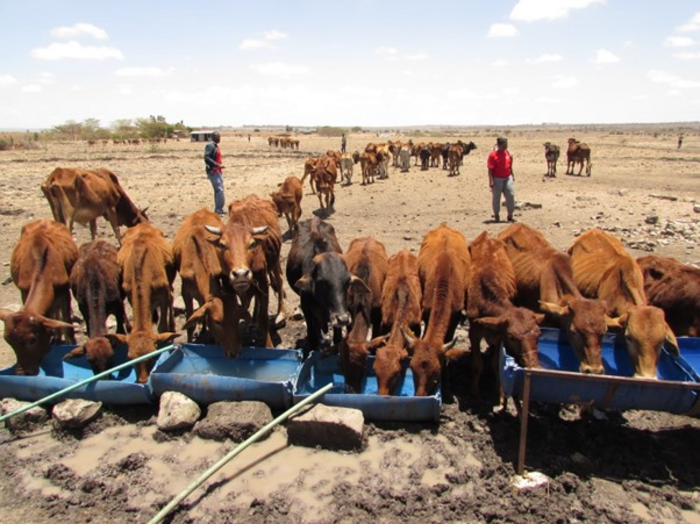 New research indicates better groundwater supply management could hold the key to help combat the impact of climate change in East Africa, where countries are currently facing the worst drought and food insecurity in a generation.

The study, led by the University of Bristol, looked at changes in rainfall within the two rainy seasons in the Horn of Africa – a region hard hit by frequent drought and water and food scarcity – over the past 30 years.

Findings showed the total rainfall within the main rainy season, called the ‘long rains’, is declining across the Horn of Africa Drylands but rising in the other rainy season, known as the ‘short rains’.

These trends, which apply to Ethiopia, Somaliland, Somalia, and Kenya, led the researchers to investigate below ground water storage, a potential lifeline for drinking water provision, during these periods. Results revealed water storage has been increasing in recent decades, despite the drying effects of the declining ‘long rains’ season which historically deliver more rain cumulatively than the ‘short rains’ season.

Lead author Dr Markus Adloff, who conducted the study as a researcher in the School of Geographical Sciences at Bristol, said: “This was surprisingly paradoxical, but also hugely significant as it points to a possible silver lining that may support climate adaptation. Our findings suggest groundwater may have the potential to support increasingly food and water insecure rural populations in the Horn of Africa drylands.”

In order to understand this contradictory finding, the research team examined how the characteristics of the rainfall may have changed over time. By analysing rainfall data, the researchers found that heavy rainfall is becoming more common in the ‘short rains’ season and is generally high in the ‘long rains’ season.

Co-author Dr Katerina Michaelides, Associate Professor in Dryland Hydrology at the University of Bristol, said: “This result emphasises that in drylands, the intensity of rainfall within a rainy season may be actually more important for groundwater replenishment than the total amount of rainfall.”

Drylands are regions characterised by low annual rainfall and high evaporative demand, as well as dry rivers and deep groundwater levels. If rain falling on the ground is light and drizzly it can evaporate quickly back into the atmosphere because it is held in the shallow parts of the soil. However, if it is intense and heavy it produces runoff in the dry riverbeds which can then infiltrate deep into the soil fast and escape evaporation back into the atmosphere.

This mechanism helps explain why, even with the drop in the ‘long rain’ seasonal totals, the combination of high rainfall intensities in both seasons appeared to be contributing to the greater levels of below ground water storage.

The researchers went on to demonstrate the increasing water storage is not linked to any rise in soil moisture near the surface, confirming it represents banked water deep below ground and likely contributing to a growing regional groundwater aquifer in this region.

The findings provide a much-needed glimmer of hope, as the Horn of Africa drylands are enduring a fifth consecutive season of below-average rainfall, exacerbating the ravaging effects of drought including 50 million people facing famine, water shortages, livestock deaths, and failed crop harvests. A sixth failed rainy season has also been forecasted for next year, further compounding the scale of devastation.

At this stage, the depth and quality of the available groundwater are unknown. Whether the discovered trends would continue under successive episodes of failed seasonal rains also needs to be ascertained.

Dr Michaelides added: “These unanswered questions highlight the necessity for extensive groundwater surveys across the Horn of Africa region. This is vital to assess whether this apparently increasing water resource may be economically viable enough to help offset the catastrophic impact of unprecedented recurrent droughts, which tragically look set to continue as climate change worsens.”