Time-resolved measurement in a memory device 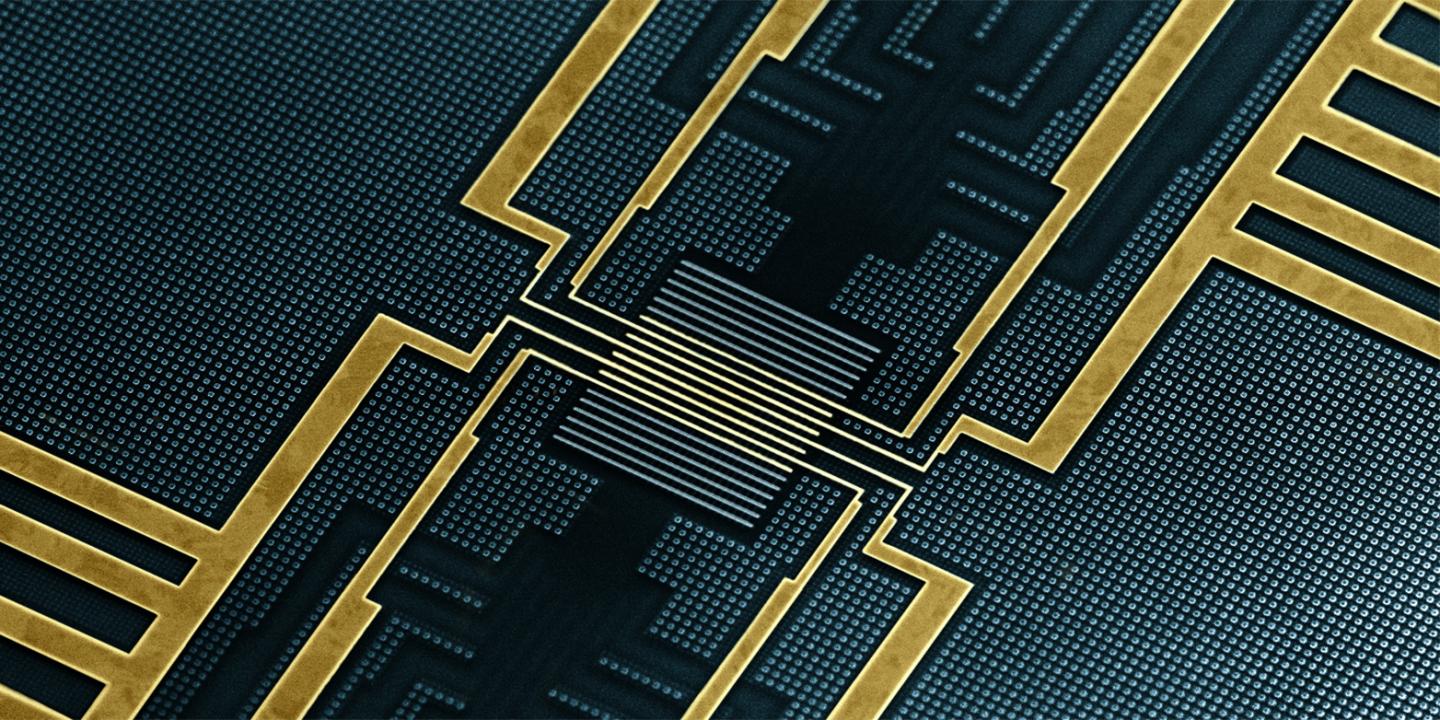 At the Department for Materials of the ETH in Zurich, Pietro Gambardella and his collaborators investigate tomorrow’s memory devices. They should be fast, retain data reliably for a long time and also be cheap. So-called magnetic “random access memories” (MRAM) achieve this quadrature of the circle by combining fast switching via electric currents with durable data storage in magnetic materials. A few years ago researchers could already show that a certain physical effect – the spin-orbit torque – makes particularly fast data storage possible. Now Gambardella’s group, together with the R&D-centre IMEC in Belgium, managed to temporally resolve the exact dynamics of a single such storage event – and to use a few tricks to make it even faster.

To store data magnetically, one has to invert the direction of magnetisation of a ferromagnetic (that is, permanently magnetic) material in order to represent the information as a logic value, 0 or 1. In older technologies, such as magnetic tapes or hard drives, this is achieved through magnetic fields produced inside current-carrying coils. Modern MRAM-memories, by contrast, directly use the spins of electrons, which are magnetic, much like small compass needles, and flow directly through a magnetic layer as an electric current. In Gambardella’s experiments, electrons with opposite spin directions are spatially separated by the spin-orbit interaction. This, in turn, creates an effective magnetic field, which can be used to invert the direction of magnetisation of a tiny metal dot.

“We know from earlier experiments, in which we stroboscopically scanned a single magnetic metal dot with X-rays, that the magnetisation reversal happens very fast, in about a nanosecond”, says Eva Grimaldi, a post-doc in Gambardella’s group. “However, those were mean values averaged over many reversal events. Now we wanted to know how exactly a single such event takes place and to show that it can work on an industry-compatible magnetic memory device.”

Time resolution through a tunnel junction

To do so, the researchers replaced the isolated metal dot by a magnetic tunnel junction. Such a tunnel junction contains two magnetic layers separated by an insulation layer that is only one nanometre thick. Depending on the spin direction – along the magnetisation of the magnetic layers, or opposite to it – the electrons can tunnel through that insulating layer more or less easily. This results in an electrical resistance that depends on the alignment of the magnetization in one layer with respect to the other and thus represents “0” and “1”. From the time dependence of that resistance during a reversal event, the researchers could reconstruct the exact dynamics of the process. In particular, they found that the magnetisation reversal happens in two stages: an incubation stage, during which the magnetisation stays constant, and the actual reversal stage, which lasts less than a nanosecond.

“For a fast and reliable memory device it is essential that the time fluctuations between the individual reversal events are minimized”, explains Gambardella’s PhD student Viola Krizakova. So, based on their data the scientists developed a strategy to make those fluctuations as small as possible. To that end, they changed the current pulses used to control the magnetisation reversal in such a way as to introduce two additional physical phenomena. The so-called spin-transfer torque as well as a short voltage pulse during the reversal stage now resulted in a reduction of the total time for the reversal event to less than 0,3 nanoseconds, with temporal fluctuations of less than 0,2 nanoseconds.

“Putting all of this together, we have found a method whereby data can be stored in magnetic tunnel junctions virtually without any error and in less than a nanosecond”, says Gambardella. Moreover, the collaboration with the research centre IMEC made it possible to test the new technology directly on an industry-compatible wafer. Kevin Garello, a former post-doc from Gambardella’s lab, produced the chips containing the tunnel contacts for the experiments at ETH and optimized the materials for them. In principle, the technology would, therefore, be immediately ready for use in a new generation of MRAM.

Gambardella stresses that MRAM memories are particularly interesting because, differently from conventional main memories such as SRAM or DRAM, they don’t lose their information when the computer is switched off, but are still equally fast. He concedes, though, that the market for MRAM memories currently does not demand such high writing speeds since other technical bottlenecks such as power losses caused by large switching currents limit the access times. In the meantime, he and his co-workers are already planning further improvements: they want to shrink the tunnel junctions and use different materials that use current more efficiently.