Research conducted aboard the International Space Station is helping scientists answer questions about the formation of the universe and origins of life on Earth. 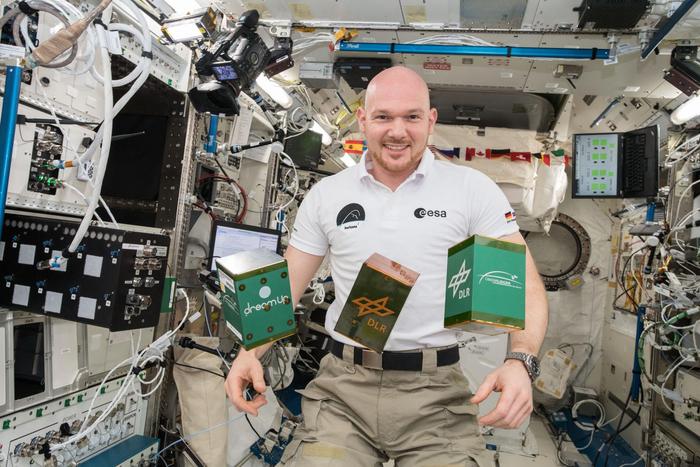 Research conducted aboard the International Space Station is helping scientists answer questions about the formation of the universe and origins of life on Earth.

During its 21 years of operation, the orbiting lab has hosted more than 3,000 scientific experiments aimed at helping improve life back on Earth and enabling exploration farther into the solar system. Thousands of scientific papers have been published from this work. Several recent publications shed light on early formation of planets, expand our understanding of black holes, and demonstrate that early forms of life could have survived space travel.

Learn more about these studies and why they matter:

What we learned: Electrostatic forces affect how particles aggregate or clump together in microgravity.

Why it matters: These observations provide insights into the early stages of how stardust became intermediate-sized particles that eventually aggregated into planets, moons, and other objects in our solar system.

Details: Chondrules are tiny, sphere-like particles found in meteorites and asteroids. One theory for how they formed is that in the early nebula or interstellar cloud that eventually became our solar system, lightning agitated dust particles and provided the energy needed for them to clump into chondrules. EXCISS, sponsored by the ISS U.S. National Lab, simulated the electrical and environmental conditions of the early solar system to test this theory. Researchers exposed aggregations of free-floating particles to electric fields and low- and high-energy electric discharges. A published paper reports that nearly all the particles formed compact aggregates during increased electric field strengths. Electric fields also led to reduced porosity or fewer open spaces in the aggregates, an important process in the evolution of the precursors to planet formation.

Taking the measure of a black hole

What we learned: Models for determining the spin and mass of black holes underestimated spin and overestimated mass for an observed black hole.

Why it matters:  Black holes are a critical part of the formation and evolution of galaxies and learning about them helps researchers better understand our universe.

Details: Neutron stars, the glowing cinders left behind when massive stars explode as supernovas, emit X-ray radiation that scientists can use to examine their structure, dynamics, and energetics. However, these X-rays do not penetrate the Earth’s atmosphere. NASA’s NICER is a telescope mounted on the outside of the space station to capture X-ray radiation and provide new insights into the nature and behavior of neutron stars. Scientists used data from NICER to chart the environment around a black hole, MAXI J1820+070, first observed by the Japan Aerospace Exploration Agency (JAXA) MAXI telescope on the space station in 2018. Their paper uses these data to determine the black hole’s radius and spin and explains the data in context of the Relativistic Precession Model (RPM). The RPM is used for determining spin and mass for a black hole and may need refining based on these findings.

What we learned: Complex amino acid precursors of life can withstand the harsh conditions of space.

Why it matters: This finding supports panspermia, a theory that life originated on Earth when microorganisms or chemical precursors of life hitched interplanetary rides here on dust particles or micrometeorites.

Details: Amino acids are molecules that combine to form proteins, the building blocks of life. Complex amino acids have been discovered in molecular clouds, nearby young stars, and inside meteorites and cosmic dust, which supports the panspermia theory. But the theory only holds if these life forms could survive in space long enough to reach Earth. The Tanpopo study from JAXA exposed several types of amino acids to space on the outside of station to see how they handled the harsh environment.

According to a paper published by the researchers, complex amino acid precursors may have been more robust than simple precursors and could have survived a space trip to primitive Earth. JAXA followed up with Tanpopo 2, which exposed additional microbes and organic compounds to the space environment and captured microparticles from space. Results from that investigation have yet to be published.

For daily updates, follow @ISS_Research, Space Station Research and Technology News, or our Facebook. For opportunities to see the space station pass over your town, check out Spot the Station.