‘Complex Trajectories’ will involve the participation of seven universities in Spain, France, the United Kingdom and Portugal 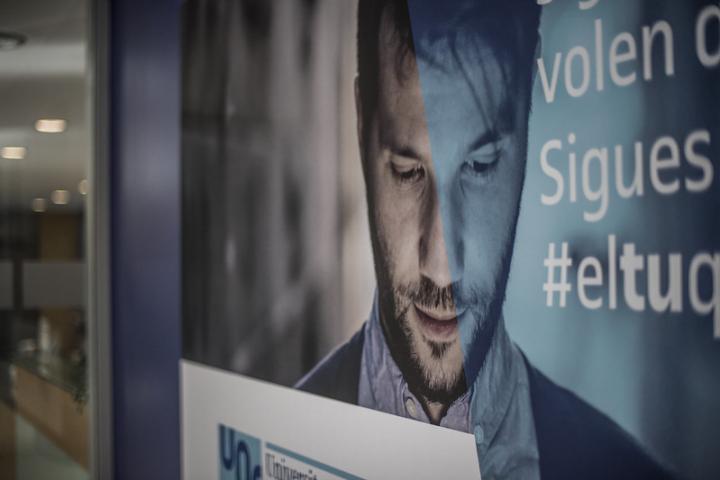 When students enrol at a university, they are beginning a period of academic training that may be interrupted for various reasons, such as entering the workplace prior to completion of their course or a change of discipline, centre or mode of learning, among others.

In circumstances such as these, which result in the formulation of complex academic trajectories, universities are able, via their support teams, to provide students with advice and guidance to help them achieve their final goal: graduation. The Erasmus+ Complex Trajectories project was developed in order to analyse the academic trajectory of thousands of university students from four European countries.

In the words of project coordinator, principal investigator of the Open Evidence lab, and UOC Faculty of Psychology and Education Sciences professor Josep Maria Duart, “The project aims to gather data that will help the universities’ tutorial action teams provide more effective support to their students to enable them to achieve their academic goals that will define their current and future professional careers.”

The Complex Trajectories project, which is expected to run for 35 months and has a budget of more than €230,000, is headed up by the UOC, with participation from another seven universities – three online and four campus-based -in four different countries and one entity: the Universitat Autònoma de Barcelona, ??the Universitat de València and the Government of Catalonia’s UNEIX interuniversity platform in Spain; the Université de Bourgogne in France; the Open University in the UK, and the Universidade Aberta and Universidade do Porto in Portugal.

One of its objectives is to extend the notion of what can be considered an inclusive university, not only looking at the issue of equal access, but also analysing the progression of students within the university system, which must be taken into account to successfully establish an inclusive environment.

“We will be using longitudinal data analysis to observe the behaviour of academic cohorts within various European university systems over a period of seven years, from enrolment to graduation,” explained Duart.

The project will include three primary phases: a study of the academic trajectories followed by the students, a compilation of good practices from different European higher education institutions and the development of training materials, including a number of massive open online courses, or MOOCs.

According to Duart, “The MOOCs will be aimed at the university tutorial action teams, with information on providing academic trajectory support to students, which will be based on the results obtained during the earlier phases of the project.”

The coordinator went on to stress the relevance of the results to other European countries, aside from those represented by participating partners. As such, the data and observations collected in Spain, Portugal, the United Kingdom and France will also be applicable with regard to establishing tutorial action policies across the whole of the European Union.

The idea that sparked the project

The idea for the Complex Trajectories study came about as a result of a 2019 research project on the UOC’s contribution to Catalan society. Professor Josep Ma. Duart and Professor Manuel Castells, currently the Spanish Minister for Universities, stressed how the UOC, thanks to its unique nature, had become a fundamental part of the Catalan university system, because it lets students start in-person programmes and then go on to study online, or vice versa. “The UOC’s forming part of the system aids access to university programmes and means students can continue with their studies in the long term,” said Duart.

“As a result we felt it would be interesting to carry out a similar study in other European countries to look at the behaviour of students over a seven-year period and provide evidence that would enable support policies to be developed in line with the academic trajectories of the students,” concluded Duart.

This study supports the following Sustainable Development Goals (SDGs): no. 4, quality education, no. 10, reduced inequalities, and no. 17, partnerships for the goals.

The UOC’s research and innovation (R&I) is helping overcome pressing challenges faced by global societies in the 21st century, by studying interactions between technology and human & social sciences with a specific focus on the network society, e-learning and e-health.

Over 500 researchers and 51 research groups work among the University’s seven faculties and two research centres: the Internet Interdisciplinary Institute (IN3) and the eHealth Center (eHC).

The United Nations’ 2030 Agenda for Sustainable Development and open knowledge serve as strategic pillars for the UOC’s teaching, research and innovation.