The two faces of the Jekyll gene 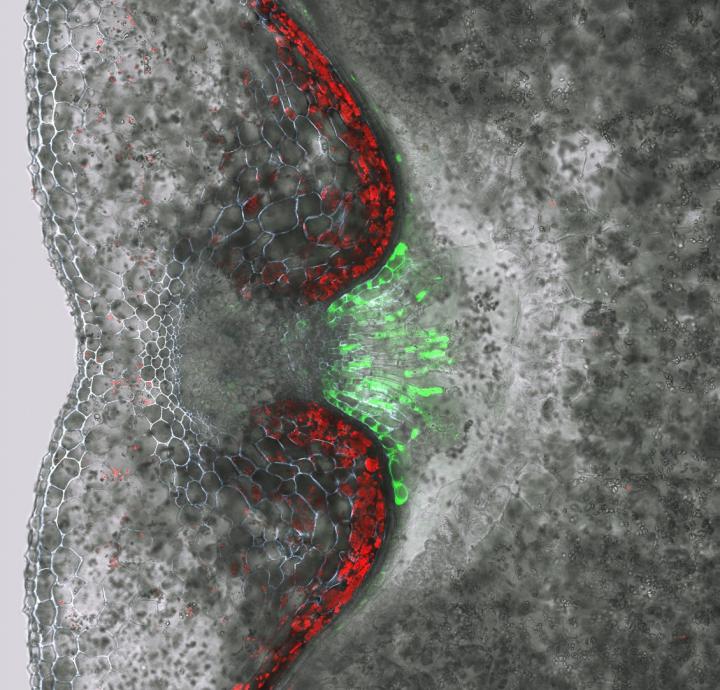 The corresponding genes are lineage-specific for the grass tribes Triticeae and Bromeae and functioned as drivers for the speciation process within the Poaceae.

The Jekyll gene was first described in 2006 by researchers from the IPK in Gatersleben. They found that while it was crucial for sexual reproduction and fertility in barley (Hordeum vulgare), it was also partially similar to the Cn4 toxin produced by scorpions and played a role in cell autolysis. Inspired by this seemingly two-faced nature of the gene, the researchers had named it after Dr. Jekyll, the main character with the split personalities Dr. Jekyll and Mr. Hyde and from the eponymous gothic novella. A follow-up study by the same group of IPK researchers, led by Dr. Ljudmilla Borisjuk, has now shown how stunningly apt their choice of name was.

Whilst working on Jekyll, Dr. V. Radchuk discovered that the gene exists as two different and much diverged allelic variants, Jek1 and Jek3. The Jek1/Jek3 sequences are located at the same chromosomal locus and are inherited in a monogenic Mendelian fashion, whilst Jek1 and Jek3 share identical signal peptides, conserved cysteine positions and direct repeats. Although the encoded protein sequences might just have over 50% similarity, the researchers found that Jek3 actually complements the function of Jek1 in Jek1-deficient plants. Further investigations showed that Jekyll likely emerged in the common ancestor of the tribes of the Triticeae, such as barley, and Bromeae, therefore functioning as a lineage specific gene and probable driver for the separation of the lineages within the Poaceae.

The dual allelic nature of Jekyll made the cover of The Plant Journal and was featured in the belonging Research Highlight. In the meanwhile, the authors have started looking into the newly arisen questions of the cause and benefits of this allelic diversity in barley.

How you charge your mobile phone could compromise its battery lifespan