UAlberta study reveals how fibrinogen can heal, but also hurt if left unchecked 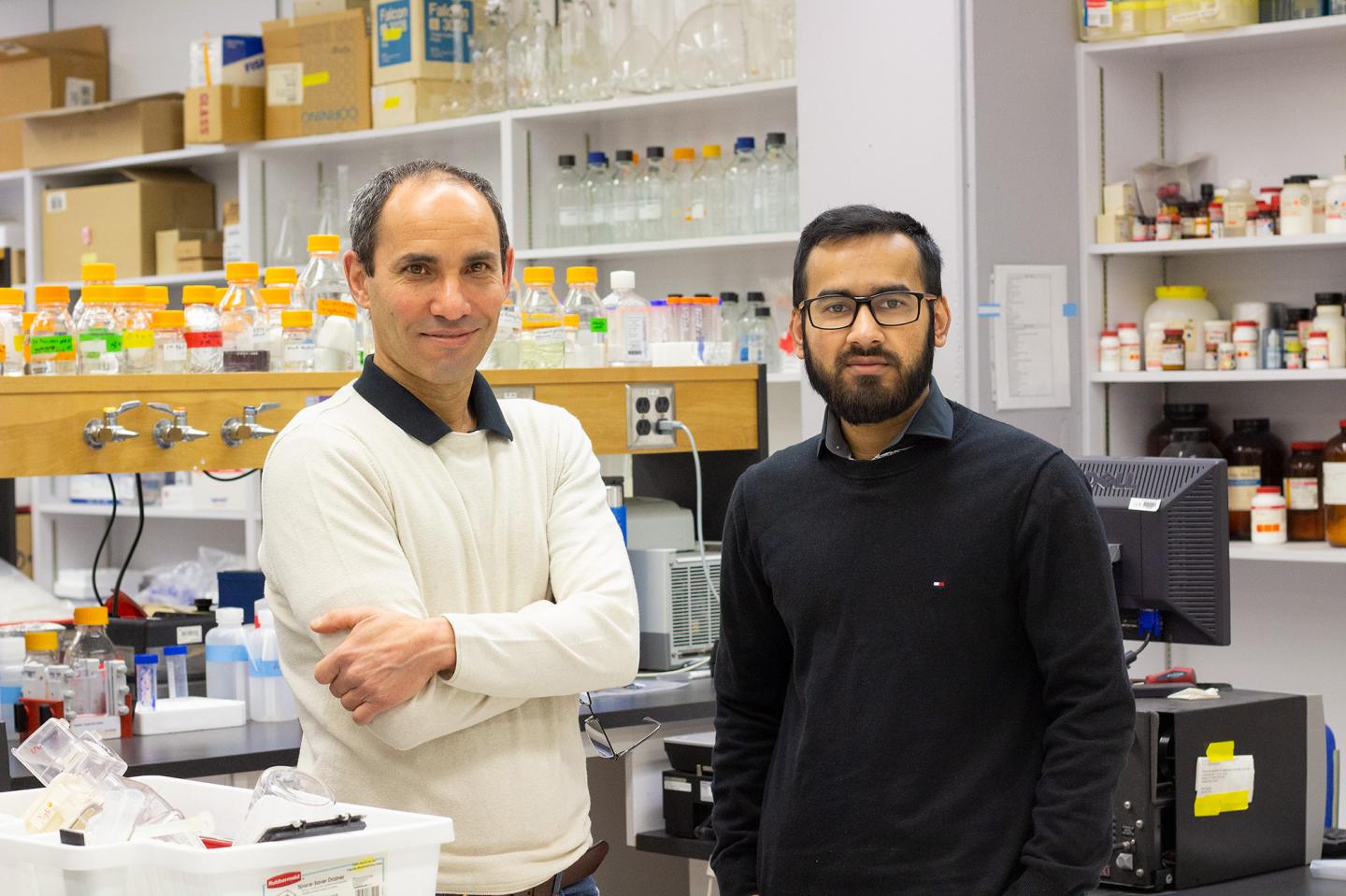 A finding from University of Alberta researchers is shining new light on the role fibrinogen has in regulating a natural defence mechanism in the body. The discovery is hoped to contribute to improved diagnosis and treatments for patients in a variety of diseases ranging from inflammation, to heart failure, to cancer.

Fibrinogen is a well-known protein that is essential for wound healing and blood clotting in the body. But a study published in Scientific Reports shows it is also a natural inhibitor of an enzyme named MMP2 that is important for normal organ development and repair.

MMP2 is typically found in increased levels in the blood in disease conditions. The researchers believe a vital function of fibrinogen is to allow or disallow the enzyme to carry out its normal functions. However, high levels of fibrinogen may excessively inhibit MMP2, which could result in arthritic and cardiac disorders similar to those seen in patients with MMP2 gene deficiency.

“Whenever there’s an infection or there’s an injury, fibrinogen can go up by tenfold in the blood. So at that concentration it would excessively inhibit MMP2,” said Hassan Sarker, a PhD candidate at the U of A and study lead author.

“Binding of fibrinogen in the circulation to MMP2 enzymes prevents them from docking to target tissues,” added Carlos Fernandez-Patron, a professor of biochemistry at the U of A, who directed this research. “It affects their activity and we don’t know exactly whether that results in a beneficial or deleterious effect. It’s something we need to investigate.”

The finding opens a new window into the inner workings of the MMP family of enzymes. The researchers say having a greater understanding of how MMPs are regulated creates opportunities for future treatments. They also suspect that abnormal MMP2 activity could be an undesirable side effect of important common medications such as the cholesterol-lowering drug known as statins and the antibiotic doxycycline, both of which are known to inhibit MMPs.

The researchers emphasize that future therapeutic developments must strike a balance between the levels of MMPs and their inhibitors, such as fibrinogen, so that net MMP activity in the body remains at nearly normal levels. “We don’t want to inhibit them more than needed and we don’t want to cause their expression to be higher than it should,” said Fernandez-Patron. “Knowing how those enzymes are regulated is key to improving diagnosis, prognosis and treatment of patients experiencing abnormal levels of either MMP2 or fibrinogen.”

The study was conducted by the Fernandez-Patron lab in collaboration with Eugenio Hardy (University of Havana, Cuba), Lorenzo Botto (University of Utah, USA) and Walter Maksymowych (University of Alberta) with funding from the National Sciences and Engineering Research Council and the University Hospital Foundation.

Scienmag Mar 13, 2020
A newly discovered memory in our bonesCredit: © Sieweke lab/CIML These findings should have a significant impact…

Genomic ‘map’ reveals not all fat is equal

Team finds link between vitamin A and brain response in Monarch…