The speedy secrets of mako sharks — ‘cheetahs of the ocean’ 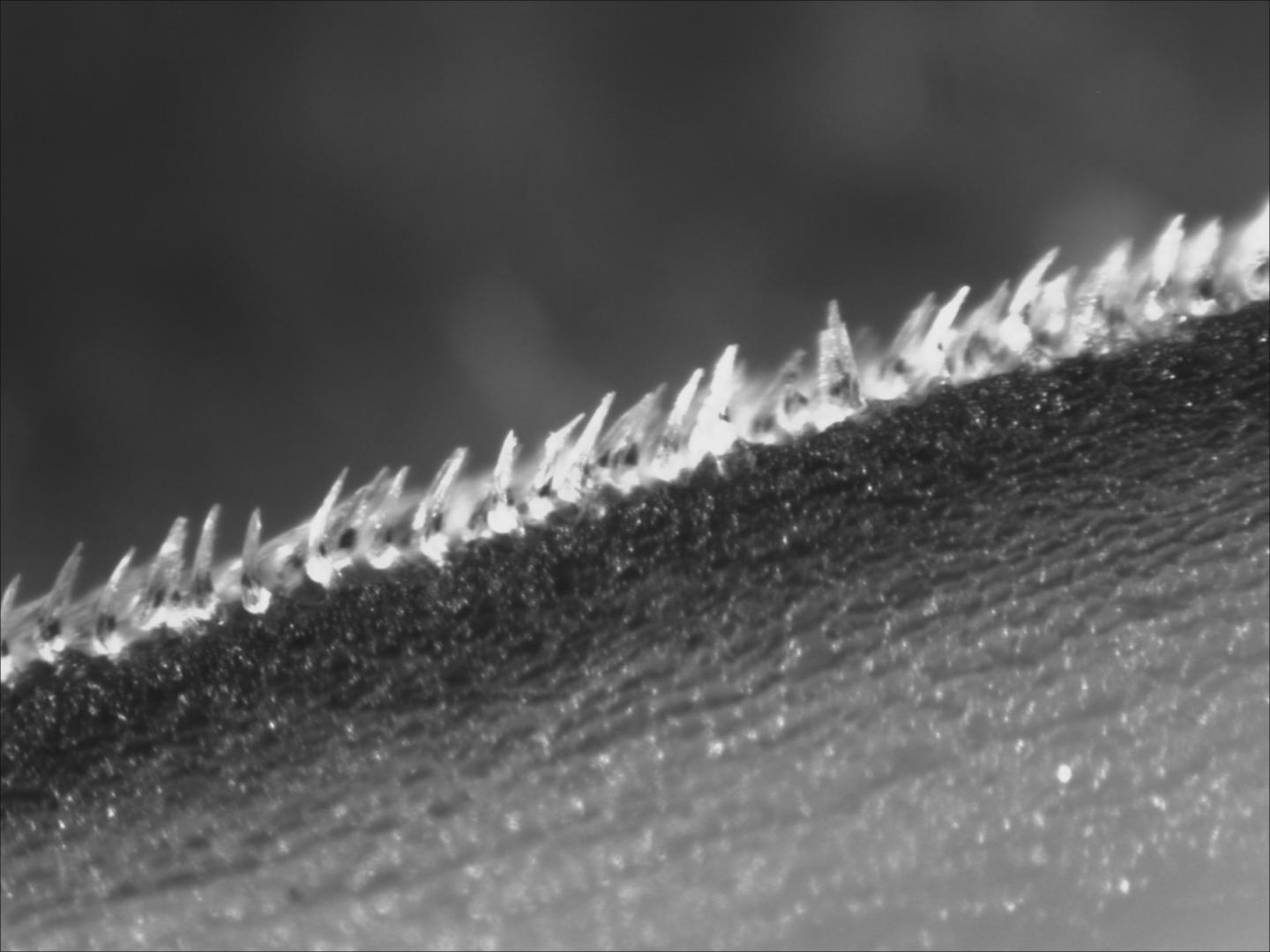 Credit: Phil Motta at the University of South Florida

WASHINGTON, D.C., March 4, 2019 — Shortfin mako sharks have been called the “cheetahs of the ocean,” capable of swimming at estimated speeds of 70 or 80 miles per hour. To investigate just how the animals achieve this impressive feat, aeronautical engineer Amy Lang of the University of Alabama and colleagues tested real mako shark skin samples, taken from the flank region of the animal, in water tunnel experiments.

The work will be described this week at the 2019 American Physical Society March Meeting in Boston. Lang will be part of a press conference at the meeting describing the work. Information for logging on to watch and ask questions remotely is included at the end of this news release.

Lang and her colleagues were specifically interested in the effect of approximately 0.2-millimeter-sized flexible scales located at particular locations on the shark’s body, such as on the flank and the fins. The scales can flex at angles in excess of 40 degrees from the body — but only in the direction of reversing flow. In other words, if you were to run your hand over the shark from nose to tail, the skin would feel smooth; in the other direction, it would feel rough like sandpaper. The resistance to your hand is also a resistance to the flow of water. “It impedes the flow from reversing near the skin, which would otherwise lead to what we call flow separation,” Lang said.

Flow separation is the most influential source of drag on an aircraft, called pressure drag. “This is the drag you experience if you stick your hand out your car window vertical to the airflow,” said Lang, an engineer with a focus on experimental fluid dynamics.

“The dimples on a golf ball are an example of separation control that reduces pressure drag by maintaining attached flow around the ball and reducing the size of the wake. You can hit a golf ball with dimples 30 percent farther than if the same ball were smooth,” Lang said.

Using a technique called digital particle image velocimetry to produce detailed measurements of the water flow velocity over and around the skin, Lang and her team discovered that flow separation was indeed being controlled by a “passive bristling” capability of the microscopic surface geometry of the shark’s scales.

“We set up an experiment in the tunnel with a measured amount of flow separation induced on a smooth surface. Then we replaced the smooth surface with shark skin and requantified the flow separation,” Lang explained. “In all cases with the flank skin, we saw the size of the separated flow region reduced significantly by the presence of the skin.”

The work, which was funded in part by Boeing and the U.S. Army, could lead to new designs to reduce drag on aircraft and helicopters, increasing their agility. “The potential for a man-made surface to utilize this entirely passive mechanism even in air is very exciting,” Lang said.

The American Physical Society (APS) March Meeting is a major international conference and the largest physics meeting of the year. In 2019, the APS March Meeting will convene March 4-8 at the Boston Convention and Exhibition Center.

APS will provide free registration to all staff journalists representing media organizations, professional freelance journalists on assignment, and student journalists who are attending the meeting for the express purpose of gathering and reporting news and information. Press registration grants full access to all scientific sessions, to the press room, and to the press conferences. We will also provide complimentary press registration to university press officers, PIOs and other professional media relations staff. For press related questions about the APS March Meeting, email [email protected]

A series of press conferences on newsworthy research will be webcast live from the conference on Monday, March 4 through Thursday, March 7. A schedule will be released the week before the conference. Members of the media should register in advance at https://webcast.apswebcasting.com/go/aps-march-19.

The American Physical Society is a nonprofit membership organization working to advance and diffuse the knowledge of physics through its outstanding research journals, scientific meetings, and education, outreach, advocacy, and international activities. APS represents over 55,000 members, including physicists in academia, national laboratories, and industry in the United States and throughout the world. Society offices are located in College Park, Maryland (Headquarters), Ridge, New York, and Washington, D.C. Read more: https://www.aps.org/

A laser, a crystal and molecular structures