The search for nothing at all 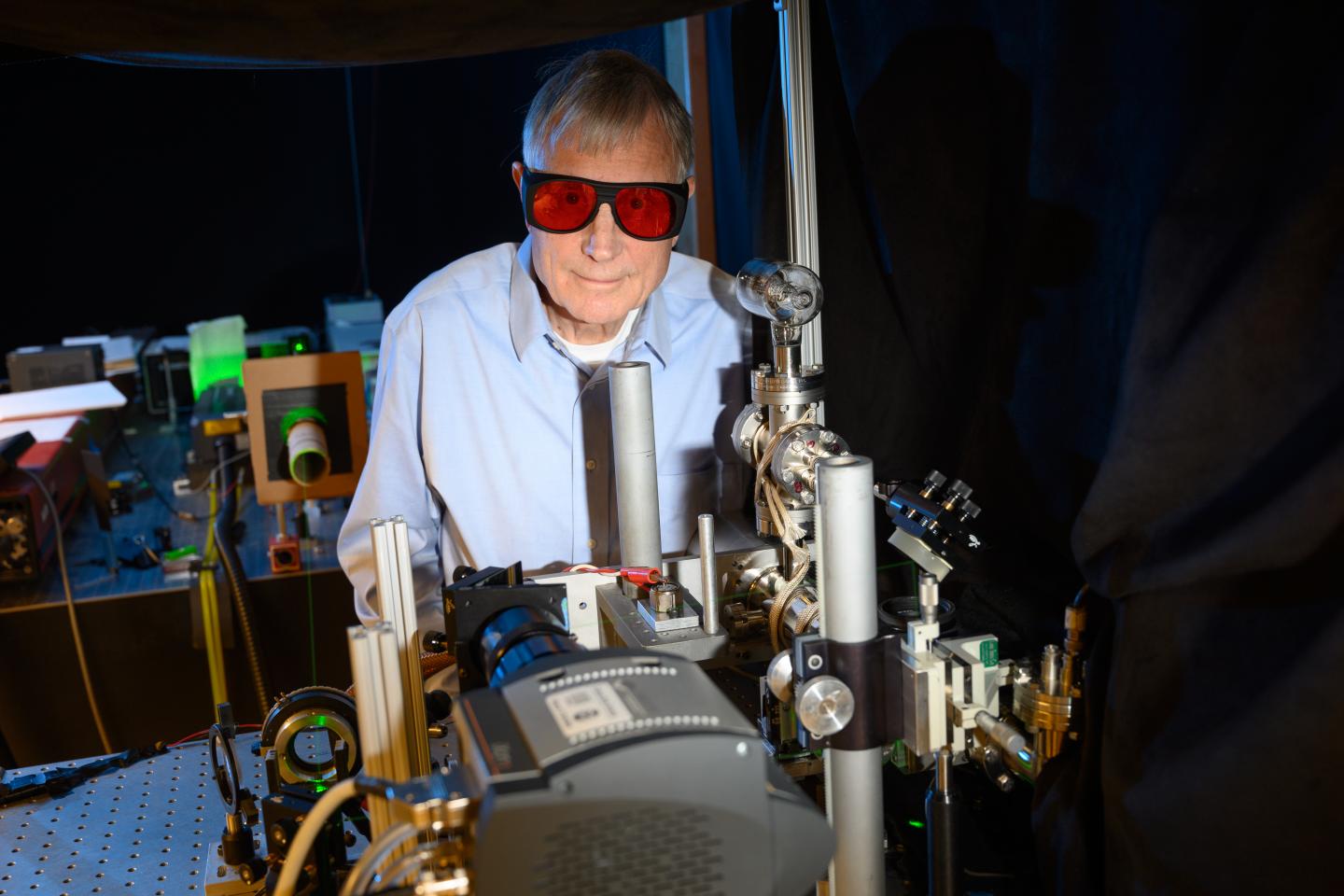 The Colorado State University professor of physics studies the fundamental matter particles known as neutrinos, and an exceedingly rare instance of radioactive decay in which neutrinos – otherwise present in such decays – are nowhere to be found.

This theorized but never-before-observed process, called “neutrinoless double-beta decay,” would rock the world of particle physics. If discovered, it would solve longstanding mysteries about the basic properties of neutrinos, which are among the most abundant but least understood particles in the universe.

In a new breakthrough published April 29 in the journal Nature, Fairbank’s team has laid the foundation for a single-atom illumination strategy called barium tagging. Their achievement is the first known imaging of single atoms in a solid noble gas.

The EXO-200 particle detector is half a mile underground in Carlsbad, New Mexico, and is filled with 370 pounds (about 170 kilograms) of isotopically enriched xenon atoms in liquid form. Sometimes, the unstable xenon isotopes undergo radioactive decay, releasing two electrons and two neutrinos, changing the xenon atoms into barium atoms.

If the decay produces just two electrons and a barium atom, it signals that a neutrinoless double-beta decay may have occurred. And this can only occur if the neutrino is its own equal, opposite antiparticle – an outstanding question that scientists would like to answer through these experiments.

The confirmation of such a neutrinoless decay would be historic, requiring updates to the Standard Model of Particle Physics. In addition, the measured half-life of the decay would help scientists indirectly measure the absolute masses of neutrinos – a feat never before accomplished. Finally, if neutrinoless double-beta decay does exist, scientists could use that information to learn why the universe has so much matter, but so little antimatter. So far, the EXO-200 detector has produced decay events of the correct energy, but no definitive excess over what’s expected from the measured detector background.

“In EXO-200, we had something like 40 decay events in two years,” Fairbank said. “But we couldn’t tell exactly how many of those, if any, were real.”

Like sifting through piles of identical-looking marbles, distinguishing between the real decay and similar-appearing background events has been a central problem for the researchers. That’s where Fairbank’s barium tagging comes in. If barium tagging is successfully implemented in a later upgrade of the nEXO detector currently being designed, the detector’s sensitivity to neutrinoless double-beta decay could increase by up to a factor of 4. This would be a significant upgrade for the multi-million dollar nEXO experiment. If a positive signal is observed, scientists can use barium tagging to know for sure that they’ve seen the decay they’re looking for.

The barium tagging work was supported by the National Science Foundation INSPIRE program.

“It’s amazing to think of how sensitive these experiments are,” said John Gillaspy, a physicist at the National Science Foundation. “In experiments 30 years ago, I found it challenging to look for ‘one in a million’ exotic atoms. This new study searched for atoms that were 10 million times more rare. Physics and chemistry have come a long way. I’m excited to think about what Fairbank and his colleagues may eventually find using this new technique, as it holds the potential to really shake up what we know about the fundamental nature of reality.”

In their Nature publication, Fairbank’s team describes using a cryogenic probe to freeze the barium “daughter” atom – produced by radioactive decay of the isotope xenon-136 – in solid xenon on the end of the probe. Then, they use laser fluorescence to illuminate individual barium atoms within the now-solid xenon.

“Our group was pretty excited when we got images of single barium atoms,” said Fairbank, who has been leading the experiment for several years. Fairbank’s single-atom tagging technique could also be generalized for other applications, with implications for fields including nuclear physics, optical physics and chemistry.

The EXO program is an international collaboration of scientists from institutions in the US, Canada, China, Germany, Russia, South Korea, and Switzerland.

Scienmag May 20, 2019
Credit: FENG Yingang and LIU Yajun Transcription is the process of synthesizing messenger RNA by RNA…