The relationship between ENSO and Indian summer monsoon rainfall is restoring 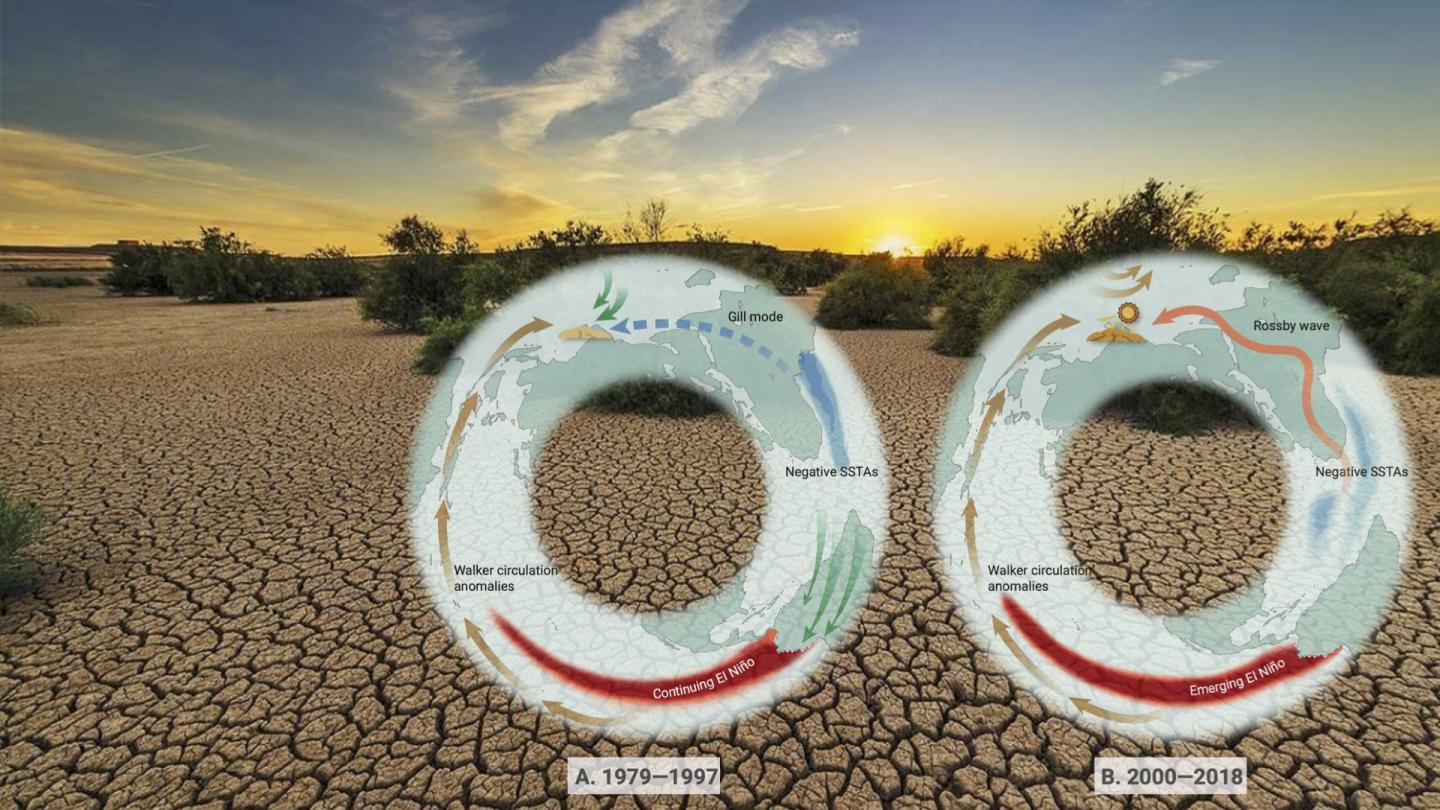 In the 1930s, English climatologist, Sir Gilbert Walker, successfully predicted Indian summer monsoon rainfall (ISMR) based on the relationship between Southern Oscillation and ISMR connected by what is later-called Walker circulation, which is regarded as the first achievement of modern climate prediction with a clear physical mechanism. The Southern Oscillation was also recognized as the atmospheric component of El Nino-Southern Oscillation (ENSO).

However, at the end of the 20th century, a research in Science led by Indian climatologist Krishna Kumar found the significant reverse relationship between ENSO and Indian rainfall has been weakening since the 1970s, impairing the predictability of ISMR. Since then, the instability of the ENSO-Indian rainfall relationship has been an extremely hot topic in climatology research, but its mechanism remains puzzling.

Recently, a study published in The Innovation, led by Prof. Ping Huang from IAP, found that the ENSO-Indian rainfall relationship has been restoring since 1999/2000, confirmed by multiple dataset sources.

“We believe this result can promote the study on ISMR prediction, ENSO’s diversity and the inter-basin interaction.” said Prof. Huang. “The clarification on the ENSO-ISMR relationship can also restore our confidence in the climate prediction based on physical process when the application of machine learning method is rapidly developing.”