The protein that keeps the pancreas from digesting itself

LA JOLLA—(April 21, 2022) Every day, your pancreas produces about one cup of digestive juices, a mixture of molecules that can break down the food you eat. But if these powerful molecules become activated before they make their way to the gut, they can damage the pancreas itself—digesting the very cells that created them, leading to the painful inflammation known as pancreatitis, and predisposing a person to pancreatic cancer. 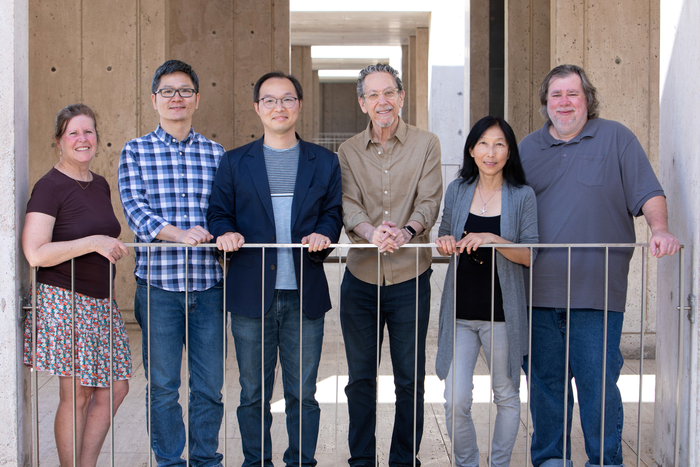 LA JOLLA—(April 21, 2022) Every day, your pancreas produces about one cup of digestive juices, a mixture of molecules that can break down the food you eat. But if these powerful molecules become activated before they make their way to the gut, they can damage the pancreas itself—digesting the very cells that created them, leading to the painful inflammation known as pancreatitis, and predisposing a person to pancreatic cancer.

Now, Salk scientists report in the journal Gastroenterology on April 21, 2022 that a protein known as estrogen-related receptor gamma (ERR ɣ) is critical for preventing pancreatic auto-digestion in mice. Moreover, they discovered that people with pancreatitis have lower levels of ERR ɣ in cells affected by this inflammation.

“Our finding provides new insight into both the basic biology of how pancreas cells function, and what might drive pancreatitis and pancreatic cancer,” says Professor Ronald Evans, director of Salk’s Gene Expression Laboratory, March of Dimes Chair in Molecular and Developmental Biology, and co-senior author of the study.

To understand the role of ERR ɣ in pancreatic acinar cells, the researchers compared mice, as well as isolated cells, with and without the protein. They discovered ERR ɣ is required for the functioning of the acinar cells’ mitochondria—organelles that generate energy.

“Mitochondria have been known to be the major source of energy in acinar cells since the 1960s, but the factor that controls this vital energy production program in acinar cells has been a long-standing mystery,” says co-senior author Jae Myoung Suh of the Korea Advanced Institute of Science and Technology (KAIST), in South Korea.

Without ERR ɣ, acinar cells not only have dysregulated energy regulation but, as a result, incorrectly activate digestive enzymes to start auto-digestion.

“The mitochondria in these cells have to be particularly robust,” says Staff Scientist Michael Downes, a co-author of the new work. “If things go wrong, those digestive enzymes are activated and then auto-digestion of the pancreas begins.”

The group showed that not only did auto-digestion of pancreatic acinar cells begin in the absence of ERR ɣ, but so did cellular changes that indicate early pancreatic cancer.

The researchers next turned to data from patients with pancreatitis to determine whether the mouse and lab results are relevant to human disease. They compared pancreatitis biopsies with those collected from normal pancreatic cells—including healthy sections of the pancreas in the same patients. Cells affected by pancreatitis, they discovered, had lower levels of ERR ɣ.

Oh and his colleagues went on to show that levels of 83 other genes, many of which are directly regulated by ERR ɣ, were also altered in the pancreatitis samples. Moreover, when they searched through the data from two large studies comparing gene expression in people, they discovered that some of those 83 genes are associated with rare types of inherited pancreatitis and pancreatic cancer.

“The fact that this was linked back to patients with chronic pancreatitis suggests that ERR ɣ is clinically relevant and could make a good drug target in the future,” says Evans.

The researchers are planning future studies to look in depth at the pre-cancerous changes that ERR ɣ dysregulation and pancreatitis lead to, as well as how drugs could help increase ERR ɣ to prevent or treat pancreatic diseases.

Every cure has a starting point. The Salk Institute embodies Jonas Salk’s mission to dare to make dreams into reality. Its internationally renowned and award-winning scientists explore the very foundations of life, seeking new understandings in neuroscience, genetics, immunology and more. The Institute is an independent nonprofit organization and architectural landmark: small by choice, intimate by nature and fearless in the face of any challenge. Be it cancer or Alzheimer’s, aging or diabetes, Salk is where cures begin. Learn more at: salk.edu.