The physical forces of cells in action 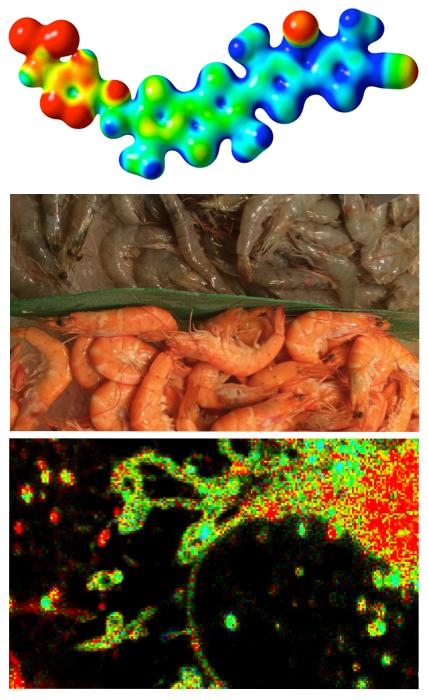 The detection of physical forces is one of the most complex challenges facing science. Although Newton’s apple has long solved the problem of gravity, imaging the physical forces that act in living cells remains one of the main mysteries of current biology. Considered to play a decisive role in many biological processes, the chemical tools to visualize the physical forces in action do not exist. But today, researchers from the University of Geneva (UNIGE) and the National Centre of Competence in Research (NCCR) in Chemical Biology, Switzerland, have developed probes inspired by lobster cooking, they enable to enter into cells. For the first time, physical forces can be imaged live inside the cells. These results, a turning point in the study of life sciences, can be found in the Journal of the American Chemical Society.

Since its creation in 2010, one of the central objectives of the NCCR Chemical Biology has been to solve the problem of detecting cellular physical forces. “Our approach to creating tension probes was inspired by the color change of shrimp, crabs or lobsters during cooking,” says Stefan Matile, Professor in the Department of Organic Chemistry at the Faculty of Science of the UNIGE and member of the NCCR. In live shrimp, the physical forces of the surrounding proteins flatten and polarize the carotenoid pigment, called astaxanthin, until it turns blue. “During cooking, these proteins are unfolded and the lobster pigment can regain its natural dark orange color,” continues the Geneva chemist. Intrigued by these crustaceans, the development of fluorescent probes operating on the same principle of planarization and polarization required about eight years of research.

External force probes have proven their worth

Last year, the NCCR teams finally produced the first fluorescent probe capable of imaging the forces acting on the outer membrane, called the plasma membrane, of living cells. Requests for samples from more than 50 laboratories around the world came in immediate response to the release of these results, demonstrating the importance of this breakthrough for life sciences. To meet this demand, UNIGE’s force probes were launched under the Flipper-TR® brand at the end of last year.

What about the internal forces of the cells?

The study of forces that apply outside the cells is not limited to chemical tools for fluorescence imaging. Cellular surfaces are accessible to physical tools like micropipettes, optical clamps, cantilevers of atomic force microscopes, etc. “But these physical tools are obviously not applicable to the study of forces within cells,” says Aurélien Roux, a professor in the Department of Biochemistry at the Faculty of Science of the UNIGE and a member of the NCCR. “Organelles such as mitochondria, responsible for energy production; endoplasmic reticulum, responsible for protein synthesis; endosomes, responsible for trafficking material to and within cells; or the nucleus, which stores genetic information, are simply beyond the reach of physical tools from outside.” Until today visualization of the forces that operate and control these organelles inside the cells was still impossible, although essential to understand their function!

This fundamental challenge in the life sciences is now being met. The NCCR team, led by Stefan Matile, Aurélien Roux and Suliana Manley, professor at the EPFL Institute of Physics, also member of the NCCR, succeeded in getting their force probes into the cells and selectively marking the various organelles. They are now able to show, for example, how tension rises in the mitochondria that are beginning to divide. “For the very first time, physical forces can be imaged live inside the cells,” enthuses Aurélien Roux. This new chemistry tool finally allows scientists to achieve what they have wanted to do for a very long time. “These new probes now offer us the opportunity to tackle mechanobiology and revolutionize the study of life sciences,” concludes Stefan Matile.