The orderly chaos of black holes

Researchers at UNIGE have discovered that photons emitted during the creation of a black hole appear to be disordered; within a single time slice they however appear to be highly ordered 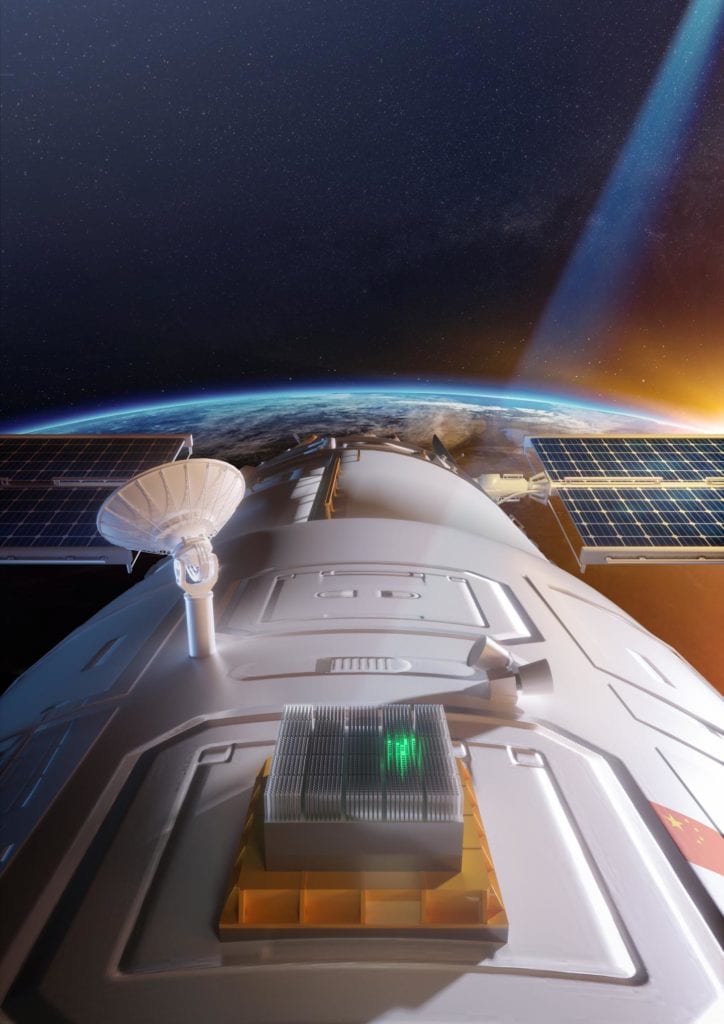 During the formation of a black hole a bright burst of very energetic light in the form of gamma-rays is produced, these events are called gamma-ray bursts. The physics behind this phenomenon includes many of the least understood fields within physics today: general gravity, extreme temperatures and acceleration of particles far beyond the energy of the most powerful particle accelerators on Earth. In order to analyse these gamma-ray bursts, researchers from the University of Geneva (UNIGE), in collaboration with the Paul Scherrer Institute (PSI) of Villigen, Switzerland, the Institute of High Energy Physics in Beijing and the National Center for Nuclear Research of Swierk in Poland, have built the POLAR instrument, sent in 2016 to the Chinese Tiangong-2 space laboratory, to analyze gamma-ray bursts. Contrary to the theories developed, the first results of POLAR reveal that the high energy photons coming from gamma-ray bursts are neither completely chaotic, nor completely organized, but a mixture of the two: within short time slices, the photons are found to oscillate in the same direction, but the oscillation direction changes with time. These unexpected results are reported in a recent issue of the journal Nature Astronomy.

When two neutron stars collide or a super massive star collapses into itself, a black hole is created. This birth is accompanied by a bright burst of gamma-rays – very energetic light such as that emitted by radioactive sources – called a gamma-ray burst (GRB).

How and where the gamma-rays are produced is still a mystery, two different schools of thought on their origin exist. The first predicts that photons from GRBs are polarized, meaning the majority of them oscillate in the same direction. If this were the case, the source of the photons would likely be a strong and well organized magnetic field formed during the violent aftermath of the black hole production. A second theory suggests that the photons are not polarized, implying a more chaotic emission environment. But how to check this?

“Our international teams have built together the first powerful and dedicated detector, called POLAR, capable of measuring the polarization of gamma-rays from GRBs. This instrument allows us to learn more about their source,” said Xin Wu, professor in the Department of Nuclear and Particle Physics of the Faculty of Sciences of UNIGE. Its operating system is rather simple. It is a square of 50×50 cm2 consisting of 1600 scintillator bars in which the gamma-rays collide with the atoms that make up these bars. When a photon collides in a bar we can measure it, afterwards it can produce a second photon which can cause a second visible collision. “If the photons are polarized, we observe a directional dependency between the impact positions of the photons, continues Nicolas Produit, researcher at the Department of Astronomy of the Faculty of Sciences of UNIGE. On the contrary, if there is no polarization, the second photon resulting from the first collision will leave in a fully random direction.”

In six months, POLAR has detected 55 gamma-ray bursts and scientist analyzed the polarization of gamma-rays from the 5 brightest ones. The results are surprising to say the least. “When we analyse the polarization of a gamma-ray burst as a whole, we see at most a very weak polarization, which seems to clearly favour several theories,” says Merlin Kole, a researcher at the Department of Nuclear and Particle Physics of the Faculty of Sciences of UNIGE and one of the main authors of the paper. Faced with this first result, the scientists looked in more detail at a very powerful 9 second long gamma-ray burst and cut it into time slices, each of 2 seconds long. “There, we discovered with surprise that, on the contrary, the photons are polarized in each slice, but the oscillation direction is different in each slice!,” Xin Wu enthuses. It is this changing direction which makes the full GRB appear as very chaotic and unpolarized. “The results show that as the explosion takes place, something happens which causes the photons to be emitted with a different polarization direction, what this could be we really don’t know,” continues Merlin Kole.

These first results confront the theorists with new elements and requires them to produce more detailed predictions. “We now want to build POLAR-2, which is bigger and more precise. With that we can dig deeper into these chaotic processes, to finally discover the source of the gamma-rays and unravel the mysteries of these highly energetic physical processes,” explains Nicolas Produit.

Seeds inherit memories from their mother