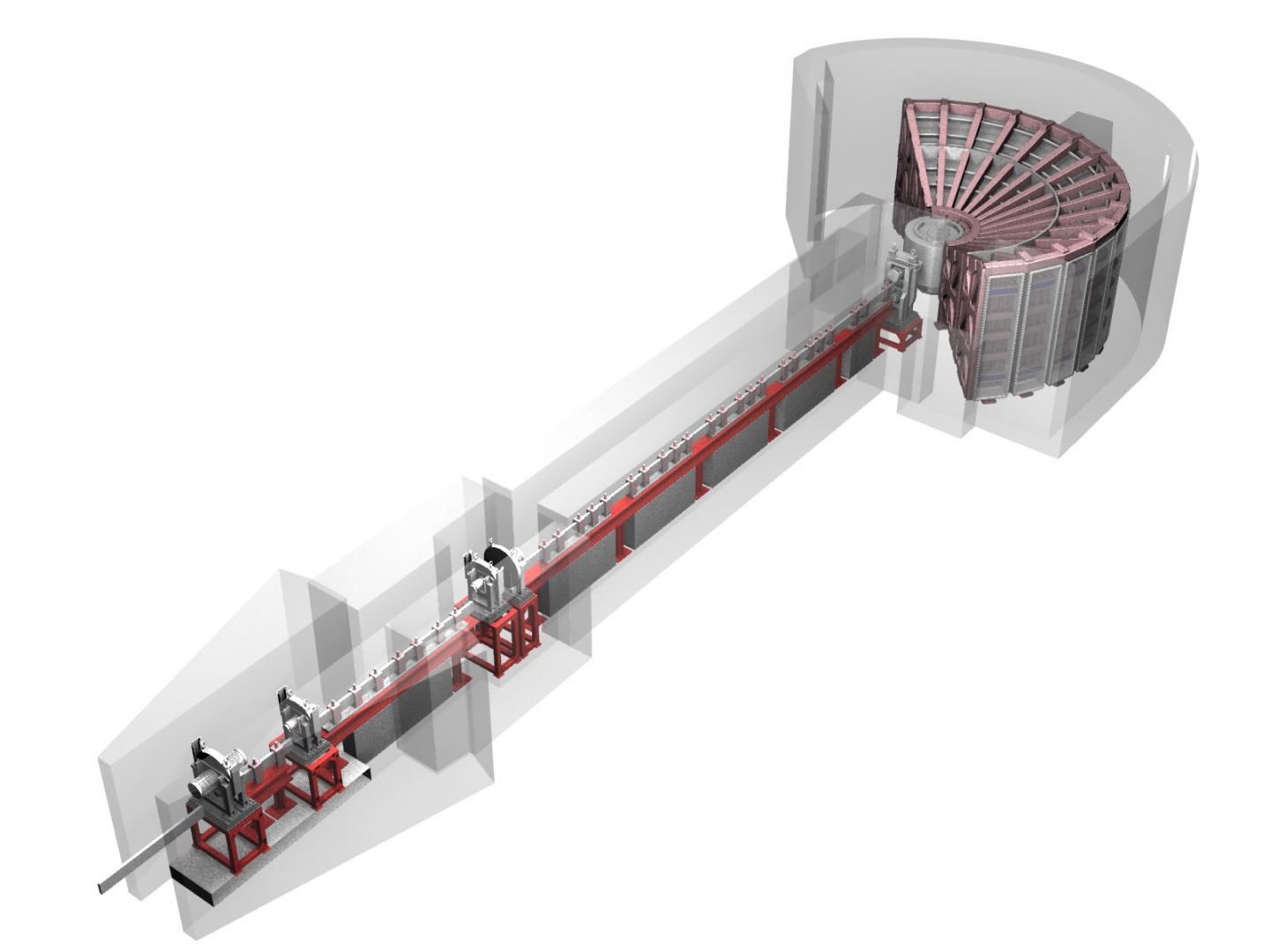 A team of researchers from Tohoku University, J-PARC, and Tokyo Institute of Technology conducted an in-depth study of magnetic quasiparticles called “triplons.” The team conducted the study with a low-dimensional quantum magnet, Ba2CuSi2O6Cl2, using neutron inelastic scattering by AMATERAS at J-PARC. Their findings lead to the discovery of a new “topologically protected triplon edge state” in the aforementioned compound.

Tremendous efforts have been made to realize the topological edge state in real two-dimensional and three-dimensional electronic materials since this non-dissipative flow has the potential be utilized for energy-efficient information transmission and processing in the future.

The edge-state concept not only applies to electrons, but to quasiparticles, which carry spin current in materials, emerging from electron spin fluctuations such as magnons and triplons. However, to date, only few examples have demonstrated bosonic quasiparticles with topological characters.

Using neutron inelastic scattering by AMATERAS at J-PARC, the team was able to precisely determine the dispersion relations of triplons in the quantum magnet Ba2CuSi2O6Cl2. The observed dispersion relations fix parameters in the model Hamiltonian, which indeed, show that the compound is a new realization of the Su-Schriffer-Heeger (SSH) model – the most fundamental model to ascertain topological insulators. The SSH model is renowned for being equivalent to a single spin under a fictitious magnetic field. The dispersion relations, as well as the fictitious magnetic field, are shown in the title image.

As the quasiparticle moves from left to right in the figure, a fictitious magnetic field makes a single rotation. Simultaneously, quasiparticle phases rotate half, leading to a nontrivial topology. This nontrivial topology of triplons stipulates that edge states exist in the middle of the energy gap of Ba2CuSi2O6Cl2. The observation of topological triplons should accelerate the detection of magnetic and thermodynamic properties of edge states, and may lead to the further development of energy efficient information transmission and processing materials.

Muscling in on the role of vitamin D

Smelling with your tongue

New research from Arctic: Thawing permafrost peatlands may add to…