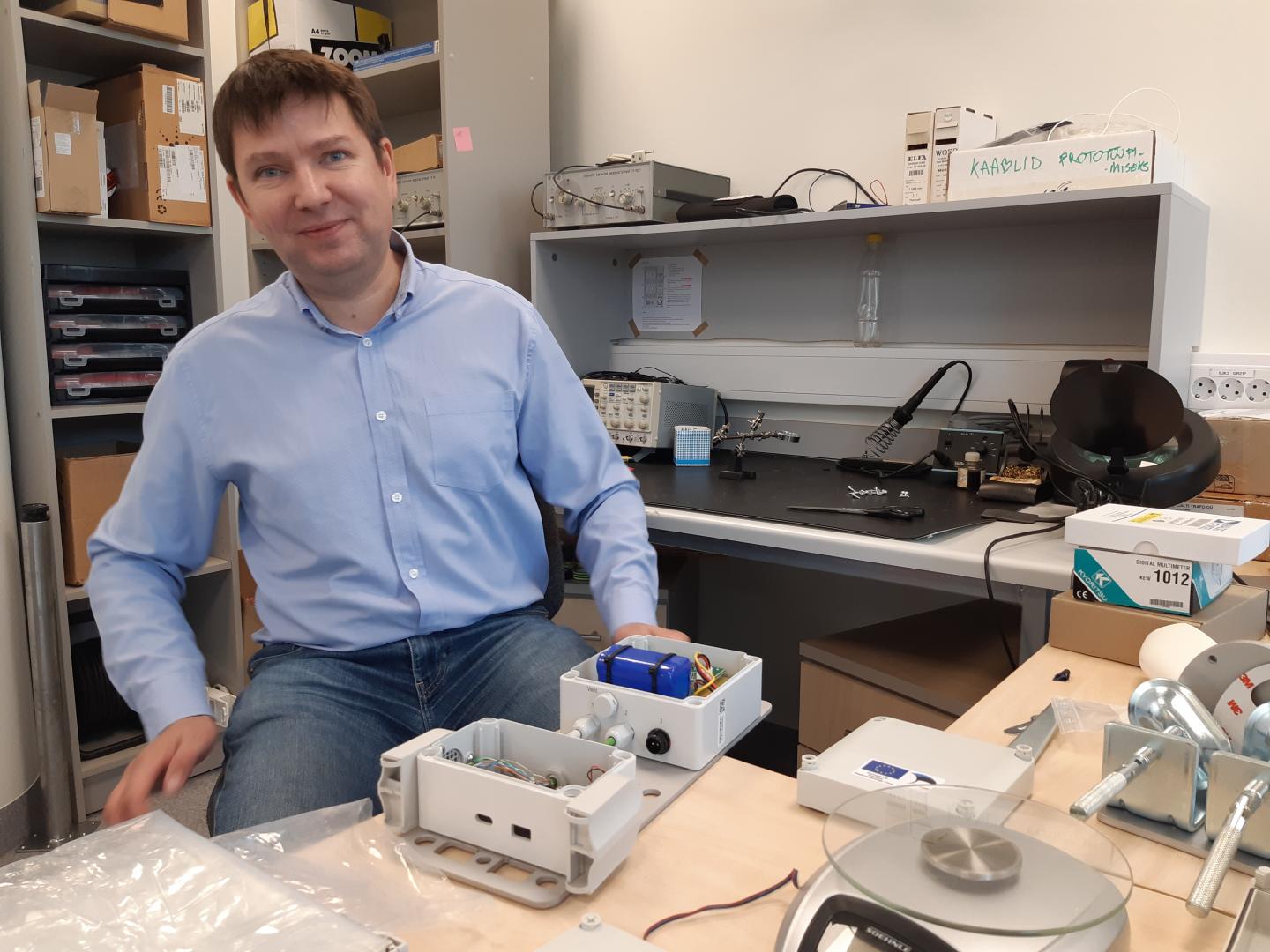 In the information technology sector, the rapid developments in hardware and software have significantly reduced the cost and increased the availability of the solutions. This is why the Internet of Things (IoT), which is comprised of the thousands of miniature computers around us, providing assistance in our mundane tasks, is now gaining wider popularity. The number of IoT devices and sensors is growing exponentially, having reached an estimated 20 billion devices by now. The number of connected IoT devices is expected to reach more than 50 billion in the near future.

Recently Jaanus Kaugerand defended his doctoral thesis “Mediated Interactions for Collection and Exchange of Situational Information in Smart Environments” at the Department of Software Science of Tallinn University of Technology. The thesis focused on sensor data fusion in IoT devices, i.e. in Smart Environments.

The supervisor of the doctoral thesis, former researcher of the Department of Computer Control at Tallinn University of Technology, now CEO of the communication technology company Thinnect, Jürgo-Sören Preden said, “In warfare, information superiority is crucial for maintaining the edge over the opponent and the same applies to business and other civil activities. This means that information provides a decisive advantage! Never before have so many smart devices equipped with sensors been simultaneously in use in the information technologies sector – in some areas the density of devices has become ultra-high.”

This, however, poses an increasing challenge for researchers – how to exploit the potential of all these numerous smart devices and sensors for the benefit of humans as effectively as possible. The biggest challenge is to aggregate data from the diverse smart devices and enable them to collaborate effectively.

Each such device is in fact autonomous. For collaboration of smart devices it is essential to set out common rules, a so-called common culture, where the principles of collaboration are precisely agreed upon. These are the issues the doctoral thesis focused on.

The author of the doctoral thesis, early stage researcher at TalTech Department of Software Sciences Jaanus Kaugerand said, “There are two important factors in the collaboration of the sensors of IoT devices – time and space. In my research, I focused on the time factor – how to make devices operating in different space-time compatible by enhancing their situation awareness. Situation Awareness applications differ from conventional data collection in that the data usage is selective and information is dynamically renewable.”

In cooperation with the Estonian Defence Forces, the European Defence Agency and other TalTech researchers, Jaanus Kaugerand improved the intelligent mediator agent ProWare by incorporating significant components to ProWare. ProWare technology has been implemented in an experimental ISR (Intelligence, Surveillance, Reconnaissance) solution. In the course of the doctoral thesis, the technology was also tested in Tartu, Estonia and the Netherlands in cooperation with the Thales Group, which business is focused on aviation, military technology and transportation .

Jürgo Preden said, “The ProWare middleware improved in the course of the doctoral thesis enables time-selective computation by devices connected by the Internet of Things to be carried out within the network, without using Cloud services. This, in turn, makes the process much faster and efficient, since instead of providing raw data as before, the user is provided with data that have already been fused into information and can be selected without time delay and transmitted directly to the right consumer, who needs it at this point in time. This leads to significantly faster and more effective collaboration between smart devices.”

According to Preden, Thinnect plans to implement this kind of in-network sensor data processing in the near future, for example in their indoor positioning systems. A good application example is tracking of hospital equipment, where the life of a person, as well as the efficiency of using hospital equipment depends directly on how quickly the healthcare professionals find the required ECG or CPR equipment. If the hospital staff know where critical equipment is located, the number of equipment units needed is lower, because the equipment is in use, not lying uselessly idle in a warehouse or beside a patient, who does not need it. In addition to tracking device locations, applications based on IoT technology also allow monitoring of room availability and environmental conditions, which is important for both patients and hospital staff. The same technologies and principles can be applied also in other areas, such as education and business. TalTech in cooperation with Thinnect will soon launch pilot projects to implement the technology at Tallinn University of Technology and Gustav Adolf Grammar School.

The doctoral thesis has been published in the digital collection of TalTech library https://digikogu.taltech.ee/et/Item/67dab11b-894d-4903-b4ff-f4652e58bf81