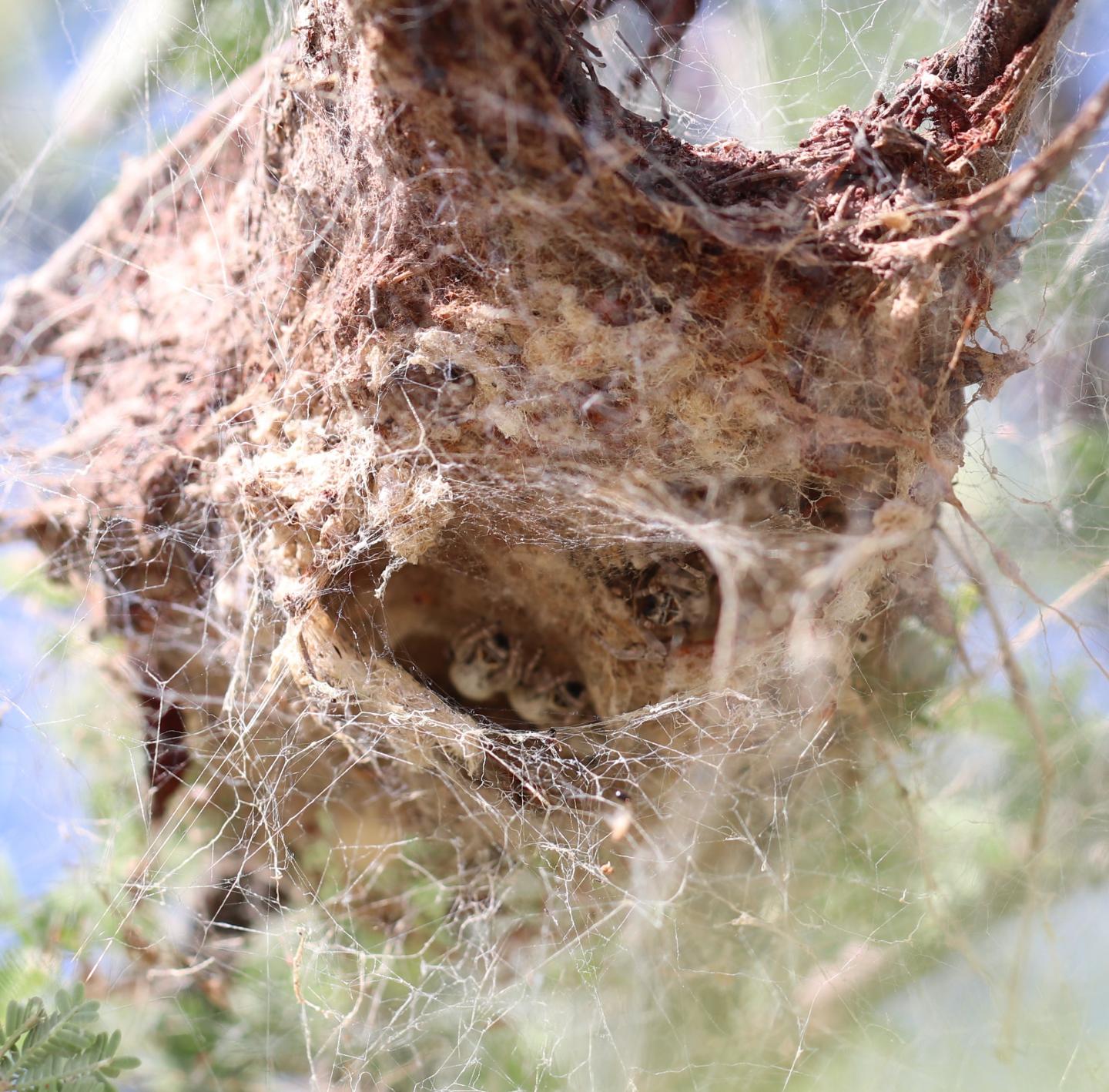 Evolutionary biologists at McMaster University who study the social lives and behaviour of colony spiders–some of which are docile, others aggressive– have found that the success of their cooperative societies depend on their neighbours.

The research, published in the journal Nature Ecology & Evolution, sheds new light on the evolution of animal groups that organize and hunt together.

“Consider the coordinated attacks of prides of lions or wolves, or the dazzling swirling behaviour of starlings or schools of sardines,” says Jonathan Pruitt, an evolutionary biologist and Canada 150 Chair in the McMaster’s Department of Psychology, Neuroscience & Behaviour.

“These societies are able to organize and execute strategies that cannot be produced by single individuals. We wanted to see if the collective traits that enable success might depend on the traits of neighboring groups.”

Researchers set out to better understand successful collective hunting practices by studying the African social spider Stegodyphus dumicola (S. dumicola). While colonies of S. dumicola do not compete with one another face to face, a single plant may be home to several colonies, resulting in increased competition for flying prey.

After comparing the aggressive and docile societies, researchers learned that whichever strategy was in the minority performed the best.

When docile societies dominated, researchers were surprised to discover there was no relationship between resource intake and reproductive success, suggesting they operate well even with extremely low resources.

“The key here is there is a trade-off between the ability to domineer and monopolize resources from rivals and the ability to live off of little,” says Pruitt. “No single strategy ever completely annihilates the opposing strategy, which is why we see various kinds of societal traits maintained through evolutionary time.”

The researchers are now working in Namibia to study colonies from neighbourhoods which vary in size and density.

Attention editors: Photos of the S. dumicola spider can be downloaded at this link: https://adobe.ly/2UOgufW

Scienmag Feb 12, 2020
Credit: Hong-Jun Yoon/ORNL As the second-leading cause of death in the United States, cancer is a public…

Disruption of glycine receptors to study embryonic development and…