Feeding strategy strongly influences their size cap, but all whales depend on rich ocean resources to be big 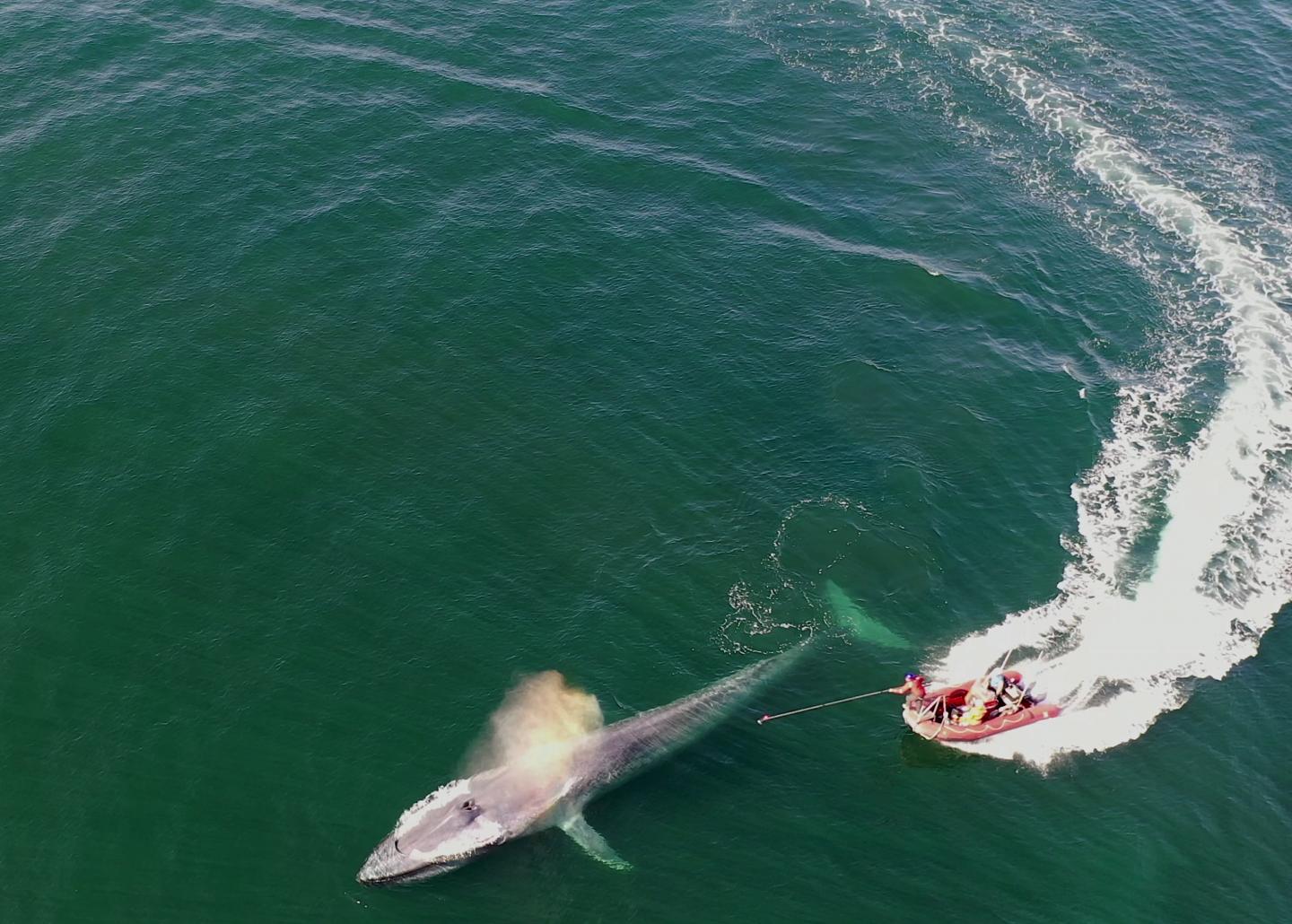 At 100 feet long and weighing more than 100 tons, blue whales are the largest creatures to have evolved on the planet. Other whales, like killer whales, are larger than most terrestrial animals but pale in comparison to the size of blue whales. What sets these two weight classes of whales apart? And what is stopping the biggest whales from growing even bigger?

“Blue whales and sperm whales are not just kind of big,” said Nicholas Pyenson, curator of fossil marine mammals at the Smithsonian’s National Museum of Natural History. “They are among the biggest animals ever to have evolved. They rival and, in some cases, exceed the heaviest dinosaurs. That’s pretty spectacular. But why aren’t they bigger?”

Pyenson said biologists have wondered for a century what limits animal size. Because the planet’s largest living creatures spend most of their time beneath the ocean surface, where their behavior is difficult to monitor, ideas about what influences and limits their size have been mostly speculative. But now an international team of scientists, led by Stanford University biologist Jeremy Goldbogen along with Pyenson, has collected data from hundreds of feeding whales, allowing them to determine how much energy species of different sizes invest to capture their prey and which of these species reap the greatest rewards for their efforts. Their findings, reported online Dec. 12 in the journal Science, reveal that body size in all whales is limited by the availability of their prey, but only filter-feeding whales have evolved a feeding strategy that rewards and drives them to achieve the largest body sizes to have ever evolved on Earth.

To glean data for their study, the team of more than two dozen scientists sought and tagged whales, porpoises and dolphins of various sizes–from 5-foot-long harbor porpoises to gigantic blue whales. To track the animals’ underwater activities, the team used multi-sensor tags that they temporarily affixed via suction cups, reaching from their boats with long poles to stick them on to the animals’ backs. Once in place, accelerometers, pressure sensors, cameras and hydrophones in these high-tech tag devices reported on the animals’ movements as they submerged to feed. Using sonar devices in the surrounding waters and past records of prey in whale stomachs, the scientists also estimated the density of prey in each tagged predator’s vicinity.

The team analyzed data from more than 10,000 feeding events in waters from Greenland to Antarctica. They used that data to calculate the energetic costs, benefits and total payoff of foraging for each whale.

“Energy is a key currency for all life, and we wanted to know how energy gain compares to energy use in foraging whales with different body sizes and feeding strategies,” Goldbogen said. “The ratio of energy gain relative to energy use reveals a whale’s foraging efficiency and that provides clues as to why different whales are big and why they aren’t bigger.”

The relationship between body size and energetic payoff, they found, depended on what feeding strategy a whale had evolved to use–whether a whale was a filter feeder that gulps down schools of prey and strains them from ocean water in their mouth or, instead, a toothed hunter that catches prey individually.

Blue whales, humpbacks and other filter-feeding whales use baleen–rows of flexible hair-like plates in their mouths–to strain krill and other small prey from ocean water. They seek out dense patches of their prey and almost always, the data showed, consume more calories than they expend when they feed. For filter-feeding whales, large size is no impediment to foraging: blue whales, fin whales and humpback whales, the largest whales in this study, achieved greater energy payoff during feeding events than any other whale in the study.

Toothed whales, instead, use echolocation to forage and are limited to feeding on one prey target at a time. They must also dive deeper than other whales to find the largest and most abundant prey, like deep-sea squid and fish. Few other warm-blooded predators can access the parts of the ocean where large toothed whales feed. Below 1,000 feet, Pyenson said, “there’s nothing else down there except all the squid you can eat.” But squid must be chased, and that, the data showed, takes a lot of energy–especially for the biggest toothed whales. In some cases, the largest toothed whales did not eat enough food during a dive to make up for the energy they spent getting there. “They literally can’t eat enough to achieve a higher energetic payoff before they have to return to the surface and breathe,” Pyenson said.

Sperm whales, which can be up to 60 feet long, are not only larger than any other of today’s toothed whales, but are also bigger than all of their fossil ancestors. That makes sense, Pyenson said, because based on the relative energy efficiencies that the team calculated for different-sized toothed whales, “being a sperm whale today is really pushing a serious biological limit.” The team’s calculations suggest that sperm whales would not be able to find enough of the largest squid prey to maintain their body size if they were any larger–there simply are not enough large squid in the ocean to sustain bigger sperm whales.

In contrast, large filter-feeding whales are not limited in their body size by the availability of their prey in the same way as toothed whales. Filter-feeding whales feed on small but very abundant krill prey that flourish at high population densities for short periods of time in specific parts of the world. As a result, Goldbogen, Pyenson and colleagues speculate that the seasonal availability of their abundant prey is what ultimately limits size in today’s filter-feeding ocean giants like fin whales and blue whales.

“The largest baleen whale species must reap the energy gains of krill patches in only a few of the most productive summer months at high latitudes,” Goldbogen said. “Highly efficient filter-feeding strategies mean that these whales can build up fat stores that can then power their migrations across ocean basins to breeding grounds at lower latitudes that are leaner and provide much less food.”

The new study underscores the precarious position that all whales hold within their ecosystems. “You have to wonder just how perilous it is for whales living on an energetic knife’s edge,” Pyenson said–particularly in the face of climate change, overfishing and other threats to the oceans.

“If you’re a blue whale and your only prey item is krill, and something causes krill populations to go into decline, then you are at an evolutionary dead end because you would not be able to eat enough to sustain yourself,” he said. “It’s a good reason for us to try to better understand these predator-prey relationships.”

These massive proportions and the giant appetites that go along with them are relatively new features in whales’ evolutionary history. In 2017, Pyenson, Goldbogen and another colleague found that the ancestors of today’s whales maintained modest proportions until about 5 million years ago, when they evolved to take advantage of newly abundant but patchily distributed food sources. But 100 million years ago, other giants roamed the Earth–and Pyenson said their body size, too, was probably limited by the food supply. “We don’t know how badly a herd of sauropod dinosaurs would chomp down on a forest in the Cretaceous period, but they probably did a number on it,” he said.

Changing how we predict coral bleaching

Clues to early social structures may be found in ancient extraordinary…