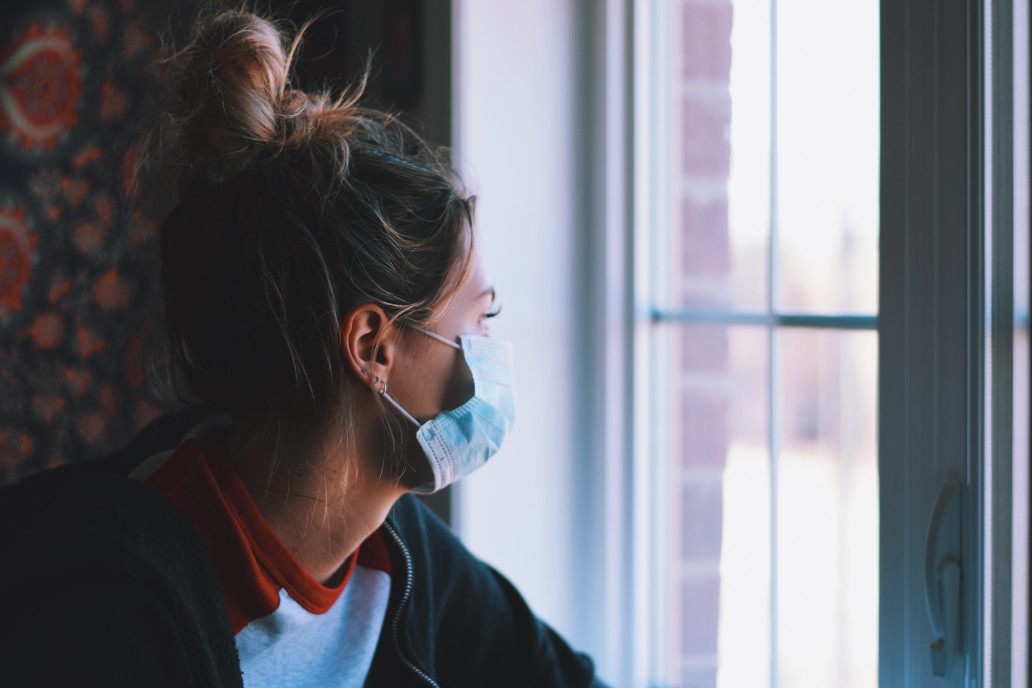 Among the 17,452 people who responded to the survey, the average level of mental distress increased in April 2020, compared to average scores before the pandemic (1.1 point increase in average mental distress score, from 11.5/36 points to 12.6/36 points). This increase in mental distress was 0.5 points higher than would be expected based on upward trends that have been observed over the past five years.

During late April 2020, more than one quarter of study participants reported a level of mental distress that is potentially clinically significant (27.3%), compared with one in five people before the pandemic (18.9%). However, the researchers stress their study is based on survey responses rather than clinical assessment and this does not mean that one in four people has a clinical mental illness.

The study reveals that some mental health inequalities that were present before the pandemic have widened. The increase in mental distress was greater among women than men (women: average adjusted increase of 0.92/36, men: 0.06/36), and in younger age groups than older people (16-24 year olds average adjusted increase: 2.69 points, 70 and over average increase: 0.17 points).

The findings also reveal new mental health inequalities after one month of lockdown, with people living with young children showing greater increases in mental distress than people from child-free homes.

The researchers say the increase in mental health distress in April 2020 may represent a spike in emotional response that might have stabilised or reduced as people adjusted to the restrictions imposed on daily life. However, as the economic fallout from the pandemic progresses, when furloughs turn into redundancies and mortgage holidays time out, the researchers say mental health inequalities will likely widen and deepen and must be monitored closely so that steps can be taken to mitigate against a rise in mental illness in these groups.

Dr Matthias Pierce, a co-author from the University of Manchester, said: “This is the first peer-reviewed study to track changes in UK population mental health from before the COVID-19 pandemic and into the subsequent lockdown period. Previous studies have focused on specific groups, such as key workers, rather than a random sample of the whole population. And many have used non-validated measures of mental health, or lacked comparable pre-COVID-19 baseline data against which to measure change.” [1]

The latest findings are based on a long-term study of more than 40,000 UK households that has been tracking the mental health of the nation at annual intervals for more than ten years, called the UK Household Longitudinal Study (UKHLS).

Between 23 and 30 April 2020, one month after the UK lockdown was introduced, people who had responded to the most recent UKHLS surveys were invited to complete an online version of the questionnaire.

Some 17,452 people responded to the online survey out of a total study population of 42,330. All those included in the study were aged 16 and over in April 2020. Baseline data of mental health levels before the pandemic were available for comparison for 15,376 participants who were aged over 16 when they responded to either of the two previous UKHLS questionnaires.

The results highlight mental health inequalities that were present before the pandemic. Women had higher levels of mental distress than men on average (women: 13.6/36, men: 11.5/36). When comparing data from individuals from before and after lockdown and adjusting for prior trends, women also showed a greater increase in mental distress (women: average increase of 0.92/36, men: 0.06/36). Around one in three women had a score above the clinically-relevant threshold compared with one in five men (women: 33.3%, men: 20.4%). However, the researchers say mental distress in men may be more likely to manifest in ways not captured by the General Health Questionnaire, such as alcohol misuse, and further research is needed to examine this.

When scores from individual participants were compared before COVID-19 and in April 2020, the greatest increase in mental distress was seen in young people aged 18 to 24 (average increase of 2.69 points) and those aged 25 to 34 (average increase of 1.57 points), after adjustment for prior trends and other factors.

Other mental health inequalities that were present before the pandemic persisted, but did not widen. People living without a partner (13.8/36) and those with a pre-existing health condition that would make them more vulnerable to COVID-19 infection (13.7/36) had higher levels of mental distress than the average population (12.6/36). However, comparison of individuals’ responses before and after lockdown did not reveal a larger than average increase in mental distress for these groups.

Mental distress was more common among people living in low income households (average score 13.9/36 in households of lowest income, compared with 12.0/36 for highest income homes). In addition, people who were unemployed before the lockdown had higher mental distress scores than those in employment (unemployed: 15.0/36, employed: 12.5/36).

However, the increase in mental distress relative to prior trends was greater among those who had jobs before the pandemic (average increase 0.63/36 points for employed vs -0.48/36 points for unemployed, after adjusting for other factors). This group includes those who may have been furloughed, lost their job or worried about losing their job, as well as those shifting to working from home. The researchers say this trend should be monitored closely as the effects of the pandemic on employment take hold and expected redundancies come to fruition.

There were too few responses to examine changes in mental health within ethnic groups from before and after the pandemic. However, average mental distress scores were higher for Asian people than white British (Asian: 13.7/36, white British: 12.5/36), but the the study was not powered to detect a change for other ethnic groups.

Sally McManus, joint senior author, of City, University of London, UK, said: “The pandemic has brought people’s differing life circumstances into stark contrast. We found that, overall, pre-existing inequalities in mental health for women and young people have widened. At the same time new inequalities have emerged, such as for those living with pre-school children. These findings should help inform social and educational policies aimed at mitigating the impact of the pandemic on the nation’s mental health, so that we can try to avoid a rise in mental illness in the years to come.” [1]

Before the pandemic, the UKHLS questionnaire was carried out in person or over the phone using an interview format. The April wave of the study was carried out entirely online. The researchers caution that this may affect the answers that are given and could introduce bias. However, the degree of change in mental distress they observed means it is likely that these are attributable to the virus and the events associated with the pandemic.

Professor Kathryn Abel, joint senior author, of the University of Manchester, UK, said: “While COVID-19 infection is a greater physical health risk to older people, our study suggests that young people’s mental health is being disproportionately affected by efforts to stop transmission of the virus. We would recommend policies focused on women, young people and those with preschool aged children as a priority to prevent future mental illness.” [1]

The study received no funding.

The labels have been added to this press release as part of a project run by the Academy of Medical Sciences seeking to improve the communication of evidence. For more information, please see: http://www.sciencemediacentre.org/wp-content/uploads/2018/01/AMS-press-release-labelling-system-GUIDANCE.pdf if you have any questions or feedback, please contact The Lancet press office [email protected]

[1] Quote direct from author and cannot be found in the text of the Article.