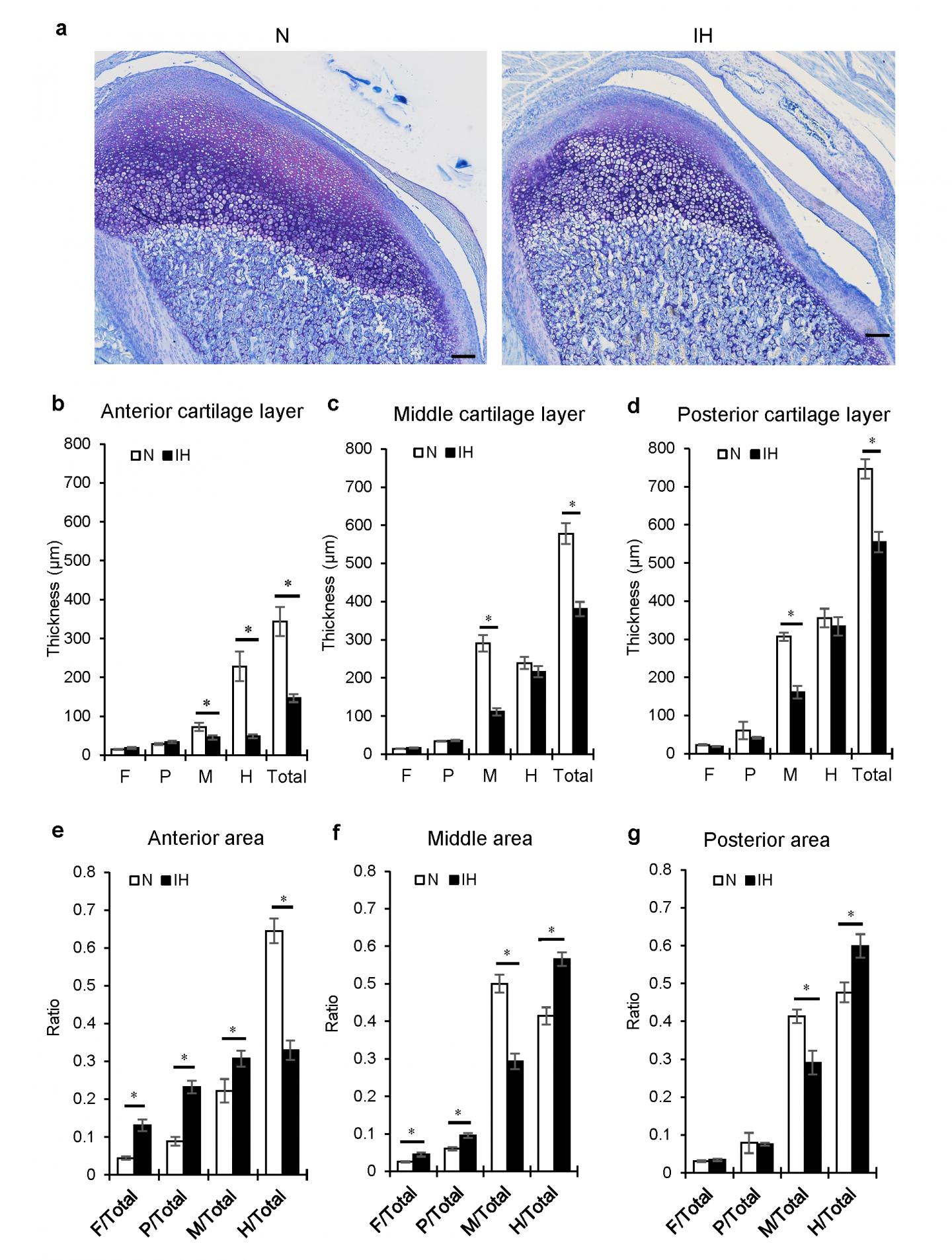 Tokyo, Japan – Breathing in adequate amounts of oxygen is critical for human life. However, certain disorders can cause individuals to go through periods where they are exposed to periodical low levels of oxygen, called intermittent hypoxia (IH). This is common in people who suffer from some sleep disorders like obstructive sleep apnea. Although we know IH can cause neurological development issues, it is not clear how it affects cartilage. Now, researchers at Tokyo Medical and Dental University (TMDU) have shown that IH can result in underdeveloped jaw cartilage in rats.

In an article published in Scientific Reports, researchers from TMDU revealed the inhibitory effects of IH on the growth of cells in the condylar cartilage of the mandible, which is the cartilage found at the rounded end of the jawbone. Previous work had primarily focused on how IH affects only bone growth.

Cartilage within different parts of the body often displays varying metabolic characteristics. Studies have shown that cartilage in the jaw has different growth patterns and gene expression profiles compared with cartilage in the limbs, for example. Because of this, the TMDU group became interested in how IH affects both mandibular cartilage and tibial (shinbone) cartilage. They compared both areas by examining growth of cartilage cells, called chondrocytes. The researchers also investigated the expression levels of specific genes in the cartilage cells that could help them recognize what phase of growth they were in.

“It is very important to understand more about the effects of intermittent hypoxia because it can lead to significant developmental issues,” says lead author the study Kochakorn Lekvijittada. “It can even precede sudden infant death syndrome (SIDS) – a terrifying and tragic event that has sadly affected many families worldwide.”

To address their questions, the researchers used newborn rats as a model system. They exposed one group of 1-week-old rats to air with normal amounts of oxygen, while another group of rats was exposed to alternating cycles of air with low oxygen levels. The researchers then investigated the effects on the rats’ jaw and tibial cartilage growth.

“We observed inhibited growth of the cartilage in the rat jaws,” describes Professor Takashi Ono, senior author. “Interestingly, the tibial cartilage was not affected by the hypoxic air exposure.”

The authors also saw decreased expression levels of two genes called TGF-β and SOX9 in the jaw cartilage of the rats exposed to IH, while another gene named collagen X displayed increased expression.

“The gene expression patterns we observed in the jaw cartilage of the rats exposed to hypoxia were consistent with hypertrophy,” says Dr. Lekvijittada. “This indicates that the jaw cartilage had restricted growth. We did not see these patterns in the tibial cartilage.”

The findings of this study deliver novel insight into how being exposed to periods of low oxygen levels can affect jaw cartilage growth and development with potential applications in orthopedic medicine and diagnosis of temporomandibular disorders. This work also provides further understanding of how cartilage throughout the body differs depending on its location.