Rotem Sorek is a researcher at the Department of Molecular Genetics at Weizmann Institute of Science, Rehovot, Israel. His groundbreaking discoveries of the diversity and operation of prokaryotic immune systems have revolutionized our understanding of virus defence and explained how related features of the human immune system evolved. 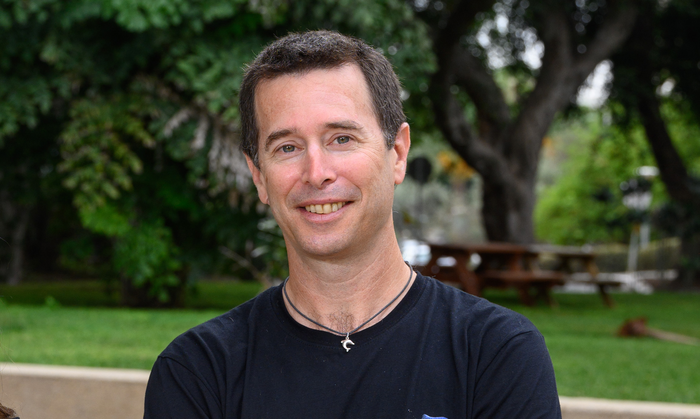 Rotem Sorek is a researcher at the Department of Molecular Genetics at Weizmann Institute of Science, Rehovot, Israel. His groundbreaking discoveries of the diversity and operation of prokaryotic immune systems have revolutionized our understanding of virus defence and explained how related features of the human immune system evolved.

Rotem Sorek’s research explains how bacteria combat viral infections and revealed that key components of the human innate immune system originated from bacterial defense against phages — phages being types of viruses that target and attempt to kill bacteria through infection and replication.

This discovery was wholly unexpected because until Prof. Sorek’s studies, it was thought that our immune system was the result of evolutionary innovations of multicellular organisms. Instead, he showed that bacteria already encoded similar immune mechanisms billions of years ago, and that our own immune system evolved from the bacterial one. Prof. Sorek showed that this ancient ancestry of innate immunity is shared between plants, animals, and bacteria and can help solve new mechanisms in these organisms. His discoveries of prokaryotic immune systems will likely foster beneficial molecular tools for biomedicine.

The HFSP Nakasone Award was established in 2010 to honour scientists who have made key breakthroughs in fields at the forefront of the life sciences. It recognizes the vision of Japan’s former Prime Minister Yasuhiro Nakasone, who envisioned and created the International Human Frontier Science Program.

“We are thrilled to honour Professor Rotem Sorek with the 2023 Nakasone Award for revolutionary discoveries that transform our understanding of immunity at a time when humanity most needs this knowledge,” said HFSPO President Shigekazu Nagata. “It is an honour to recognize research that has pioneered new frontiers in microbiology and virology.”

Prof. Sorek is especially recognized for inventing a computational method that systematically identifies new immune systems among tens of thousands of microbes. Using this approach, he discovered and experimentally studied more than 50 completely new and widespread multi-gene immune systems. His studies have engaged numerous laboratories around the globe and opened multiple new fields in microbiology.

In addition to showing that the human innate immune system evolved from the bacterial one, Sorek’s studies have new kinds of small molecules used by bacteria and eukaryotes for intracellular signalling (Cohen Nature 2019; TalCell 2021; OfirCell 2021), as well as reverse-transcribed non-coding RNAs involved in defence against phage (Millman, Cell 2020). His work has also shown that some bacterial immune systems can produce a variety of small molecules that inhibit viral replication (Bernheim Nature 2021), and thus, can be harvested and developed for clinical use as anti-viral drugs.

The Human Frontier Science Program was founded in 1989 to advance international research and training at the frontier of the life sciences. Its aims are to promote intercontinental collaboration and training in cutting-edge, interdisciplinary research focused on the life sciences. HFSP receives financial support from the governments or research councils of Australia, Canada, France, Germany, India, Israel, Italy, Japan, the Republic of Korea, New Zealand, Singapore, Switzerland, the UK, the USA, as well as from the European Commission. With its collaborative research grants and postdoctoral fellowships, the program has issued over 4,500 awards involving more than 7,500 scientists from all over the world. Since the beginning of the Program, 28 HFSP awardees and four Nakasone Award Winners have gone on to win the Nobel Prize.