The highest heat-resistant plastic ever is developed from biomass 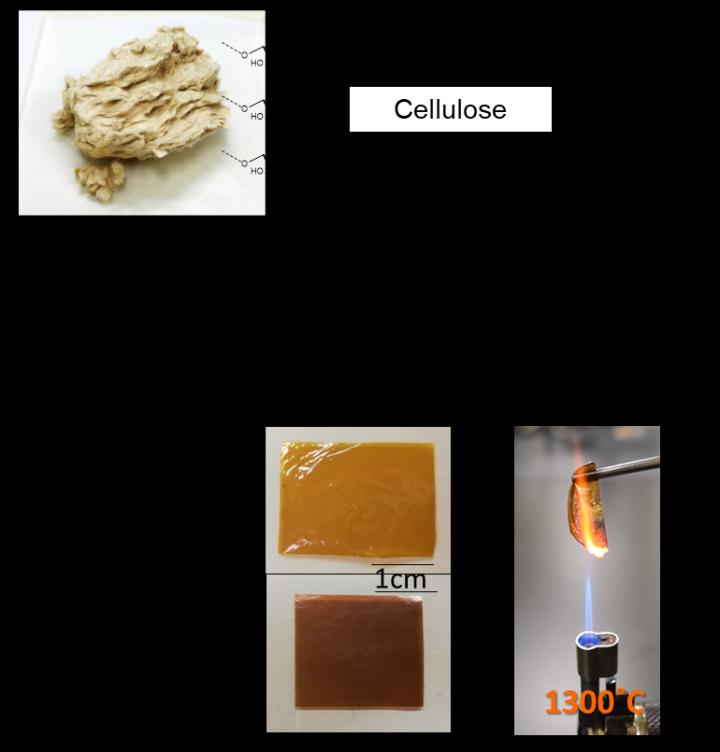 The use of biomass-derived plastics is one of the prime concerns to establish a sustainable society, which is incorporated as one of the Sustainable Development Goals. However, the use of most of the biomass-derived plastics is limited due to their low heat resistance. Collaborative research between JAIST and U-Tokyo has successfully developed the white-biotechnological conversion from cellulosic biomass into the aromatic polymers having the highest thermodegradation of all the plastics reported ever.

Two specific aromatic molecules, 3-amino-4-hydroxybenzoic acid (AHBA) and 4-aminobenzoic acid (ABA) were produced from kraft pulp, an inedible cellulosic feedstock by Prof. Ohnishi and his research team in U-Tokyo. Recombinant microorganisms enhanced the productivity of the aromatic monomers selectively and inhibited the formation of the side products. Prof. Kaneko and his research team in JAIST have chemically converted AHBA into 3,4-diaminobenzoic acid (DABA); which was subsequently polymerized into poly(2, 5-benzimidazole) (ABPBI) via polycondensation and processed into thermoresistant film. Also, incorporating a very small amount of ABA with DABA dramatically increases the heat-resistance of the resulting copolymer and processed film attributes to the highest thermostable plastic on record (Figure 1). Density functional theory (DFT) calculations confirmed the small ABA incorporation strengthened the interchain hydrogen bonding between imidazoles although π-conjugated benzene/heterocycle repeats have been considered as the most ideal thermoresistant plastics for around 40 years.

Organic plastic superior in thermostability (over 740 °C), was developed from inedible biomass feedstocks without using heavy inorganic fillers and thus lightweight in nature. Such an innovative molecular design of ultra-high thermoresistance polymers by controlling π-conjugation can contribute to establishing a sustainable carbon negative society, and energy conservation by weight saving.