The formation of the Amazon Basin influenced the distribution of manatees 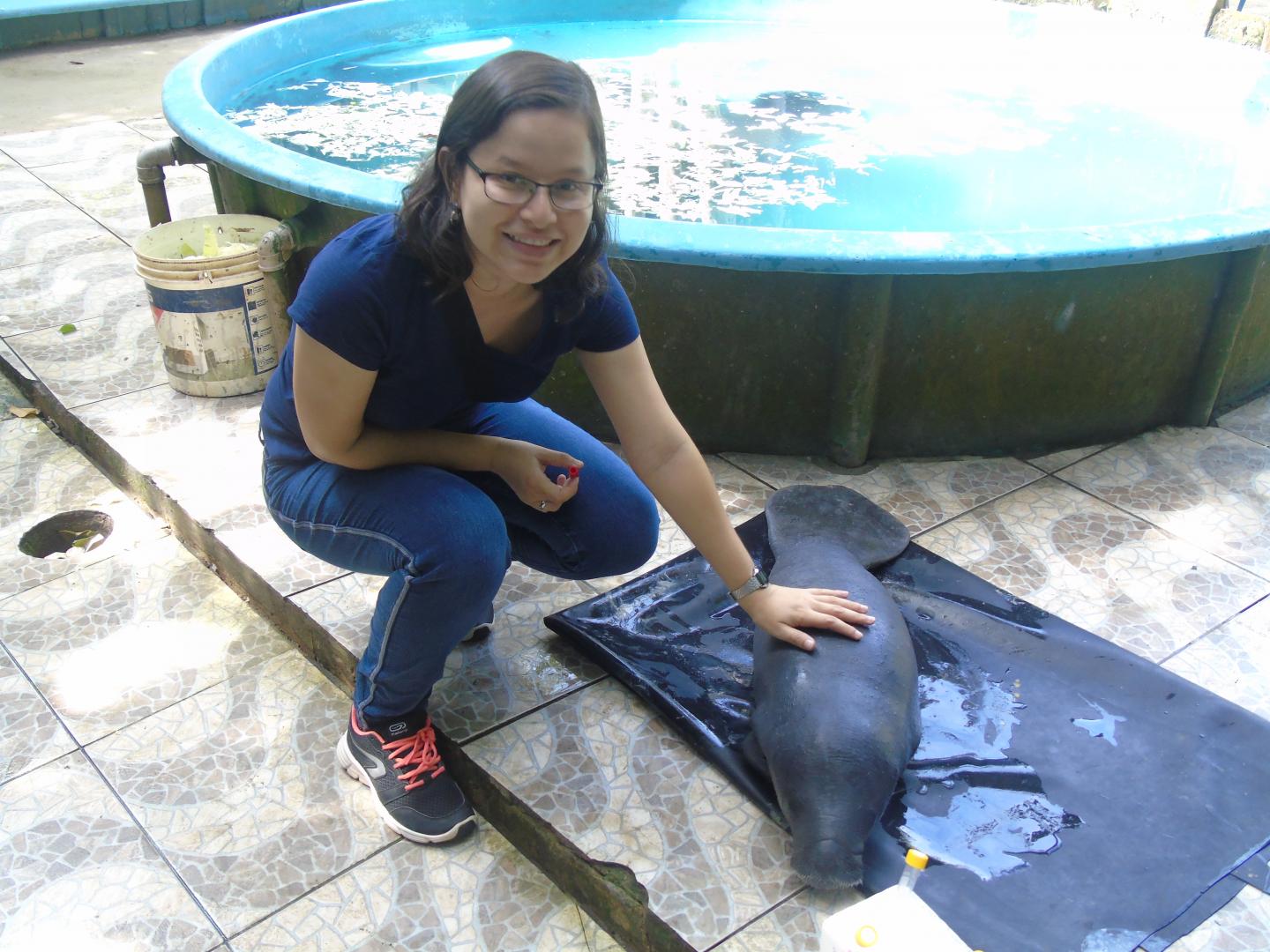 All three species of manatee now present on Earth share a common ancestor from which they split some 6.5 million years ago, when a huge lake in Amazonia, then linked to the Caribbean, was cut off from the sea. The African manatee Trichechus senegalensis is not as genetically close to the West Indian manatee T. manatus as was thought, and adaptation to this complex environment by the Amazonian manatee T. inunguis has left at least one mark in its genetic code.

These are key findings of a study supported by FAPESP and published in Scientific Reports, with hitherto unknown details of the evolutionary history of these aquatic mammals. The authors are an international group of scientists led by researchers at the University of Campinas (UNICAMP) in the state of São Paulo, Brazil. They achieved the first sequencing of the mitochondrial DNA of all three manatee species.

“About 20 million years ago, Amazonia was connected to the Caribbean by Lake Pebas, a mega-wetland that has since disappeared. Manatees inhabited both Amazonia and the Caribbean – not the extant species but a common ancestor. Some 9 million years ago, the sea level fell, and Pebas shrank and became disconnected from the Caribbean. The manatees in Amazonia became semi-isolated. There was a sea inlet into the lake, but between 6 million and 5 million years ago Amazonia was totally cut off from the Caribbean. The populations became separate and began specializing in either a river or marine environment,” said Mariana Freitas Nery, principal investigator for the study. Nery is a professor at UNICAMP’s Institute of Biology and has a Young Investigator Grant from FAPESP.

There are few fossil records of manatees, but the researchers were able to reconstruct the evolutionary history of Trichechus by cross-referencing the existing information with geological and genetic data. Tissue samples were obtained via collaboration with researchers at the Mamirauá Institute of Sustainable Development in Amazonas, the Federal University of Minas Gerais (UFMG), and institutions in Belgium and the United States.

Mitochondrial DNA (inherited from the mother) contains fewer genes than nuclear DNA but is easier to sequence in the laboratory and provides crucial information on the evolution of any living being. “We were able to add information not found in the studies performed to date, especially on the African manatee. Existing phylogenies referred only to the species found in the Americas and even so only for some genes. It has always been hard to get access to material from T. senegalensis, but we succeeded thanks to this international collaboration. We ended up with a well-founded hypothesis on the distribution of these aquatic mammals,” Érica Martinha Silva de Souza, first author of the article, told Agência FAPESP. The study was part of her doctoral research at UNICAMP.

From South America to Africa

In January 2021, while the authors were finishing the article, it was announced that the first fossils of a fourth member of the group, the extinct Western Amazon manatee Trichechus hesperamazonicus, had been dated. Fragments of the mandibles and palate found in what is now Rondônia state, Brazil, were dated to 45,000 years ago. No manatees have ever been sighted in the area.

According to the UNICAMP researchers, if fossils were found in Africa they would be of great help in establishing when manatees arrived on the continent, probably via sea currents.

Studies conducted by other groups, in which the morphologies of the different species were compared and some genes were analyzed, found that the African manatee T. senegalensis, which inhabits the coastal waters between Senegal and northern Angola, as well as the rivers that flow into them, is closest to T. manatus, found in an area between the southeast coast of the US, the Caribbean and Northeast Brazil.

The mitochondrial DNA analyzed by the UNICAMP group showed that T. manatus is actually a closer relative of T. inunguis than of T. senegalensis. The links between T. senegalensis and T. manatus observed in other studies are probably due to characteristics of their habitats.

Manatees feed on bottom-growing aquatic plants, and this explains the shape of their jaws and teeth. They can move comfortably between freshwater, sea water, and the brackish water of estuaries, although T. inunguis prefers freshwater. This flexibility is signaled by a mutation in ND4, a gene associated with the cellular respiratory chain. The same mutation has been detected in river dolphins, subterranean mammals and alpacas inhabiting high altitudes. Other studies have also shown that the mutation may be linked to changes in temperature in the environment and adaptations required to suit a low-energy diet to the needs of a large body, all of which applies to T. inunguis, the Amazonian species.

“We found what we call positive selection in this gene specific to the cellular respiratory chain,” Nery said. “The freshwater environment is complex and dynamic, with variations in temperature, sediment and acidity, especially in the Amazon Basin, so it was expected that the species would display more molecular ‘footprints’ of adaptation to this environment.”

All three species have been intensely hunted because they are docile and relatively unafraid of humans. Moreover, their habitats are under constant threat. As a result, they are classed as vulnerable by the International Union for Conservation of Nature (IUCN). Detailed knowledge is key to their conservation.

For this reason, the UNICAMP researchers support groups that are working on conservation. They are currently sequencing the whole nuclear genome of the manatees found in Brazil. “From the standpoint of evolutionary history, I don’t expect this sequencing to change much compared with what we’ve already found in the mitochondrial genome, but we’re looking for fresh information that will help us understand these animals more fully. So far we’ve written the most complete history possible,” Nery said.