‘The fabric of life is disintegrating’ 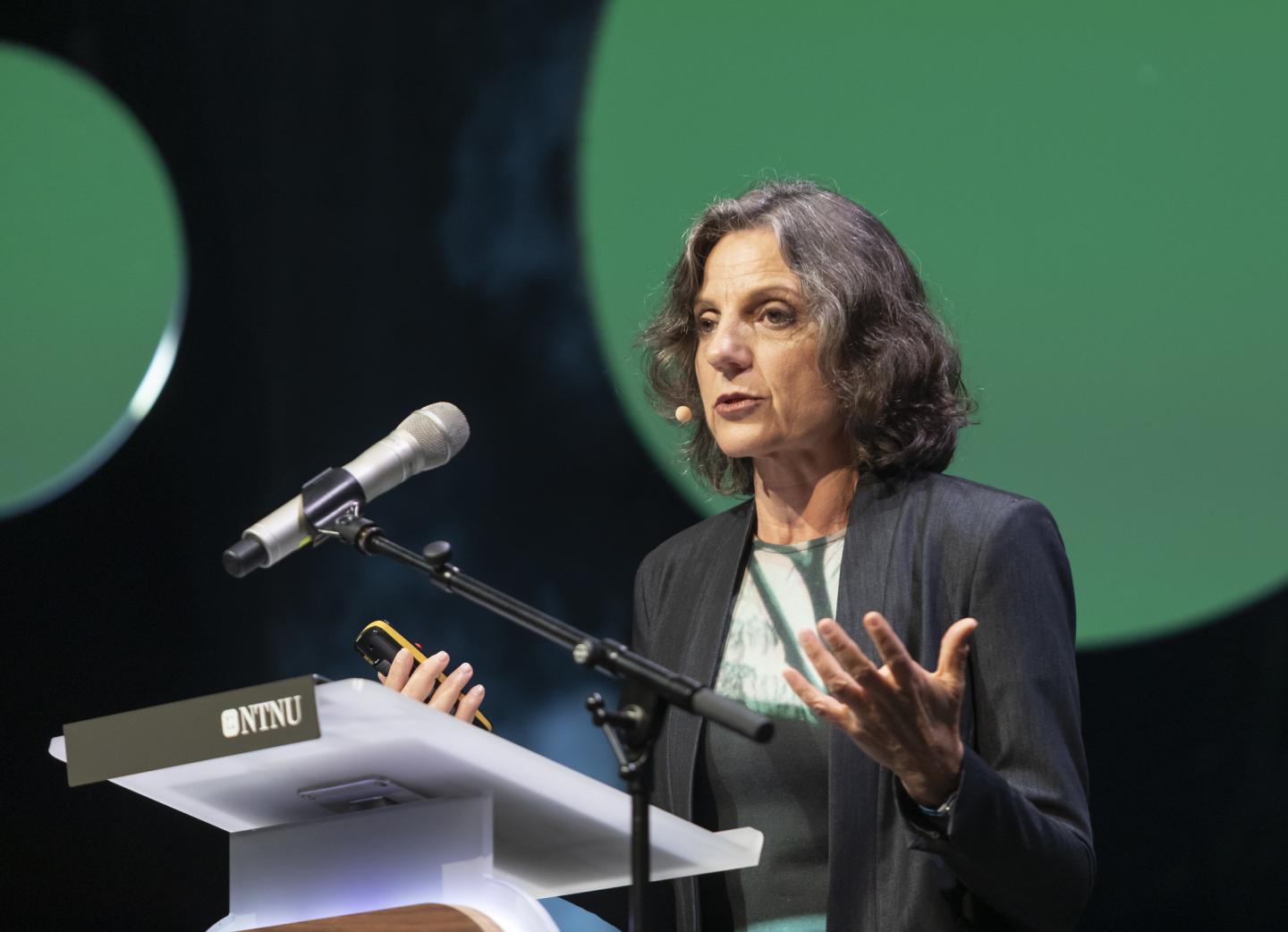 Professor Díaz likes to compare the complexities of nature with a web where everything is connected and everything depends on everything else.

“We are all part of this fabric of life. But this web is about to break. We need to understand how it’s interwoven and learn how to take care of it,” says Díaz.

Traditionally, we have tried to understand the colourful, visible threads of this weaving, the elements that are immediately visible. But to really understand how everything is interconnected, we also have to understand the underlying threads – the warp that the clearly visible is woven into and dependent on. Because without that, the entire web unravels.

To all those who aren’t giving up

Upon receiving the Gunnerus Award in Sustainability Science on Monday, Díaz thanked everyone who – even against great odds – is not giving up. That perseverance may be needed.

Díaz was awarded the prize of NKR 1.000.000, around $ 110.000, for her work on biodiversity that includes the diversity of all living organisms.

She is a professor at the Universidad Nacional de Córdoba in Argentina.The prize was awarded by Norwegian Crown Prince Haakon Magnus during the NTNU music and science festival The Big Challenge. Ida Bull, president of the Royal Norwegian Society of Sciences and Letters (DKNVS), and NTNU rector Gunnar Bovim presented the award winner.

The Gunnerus Award is an international research award that is jointly awarded by the Royal Norwegian Society of Sciences and Letters (DKNVS) and NTNU. The award winner receives NOK 1 million and a medal and diploma. This year’s prize was presented during NTNU’s music and science festival The Big Challenge in Trondheim on 17 June.

Díaz is also a senior researcher at the Argentine Research Council CONICET.

She specializes in biodiversity, ecosystem ecology and the role of plants, including how they are related to global environmental changes. In particular, she has provided key knowledge of plant ecology and biological diversity and how these are linked to land use and global change, for example.

Earlier this year, the journal Nature ranked Díaz as one of five researchers to watch.

Changing land use is worst

Díaz co-leads the Global Assessment of the Intergovernmental Science-Policy Platform on Biodiversity and Ecosystem Services (IPBES) and has made important contributions to the design of the platform.IPBES consists of hundreds of researchers from all over the world.

Their task is to provide objective advice on biodiversity and ecosystems to politicians and other decision-makers.

“The biggest threat to biodiversity is the changing nature of land use,” Díaz said in her speech.

She therefore repeated the message from the IPBES report presented in the spring. The second biggest threat is direct exploitation of resources. Climate change only ranks third, according to IPBES.

We have to solve this together

“I’m not sitting on the solutions for sustainability. No single individual is. This issue is too big and we have to solve it together. Therefore,” Díaz said, “I proudly accept this award for contributing my tiny piece to this great puzzle.”

Her modesty notwithstanding, Professor Díaz is one of the most influential researchers in the development of theories and an understanding of biodiversity and the role it plays in sustainable development. Díaz is among the one per cent most cited researchers in her area of study.

Professor Díaz has recently contributed significantly to furthering an interdisciplinary approach to biodiversity, including collaboration with social scientists. Collaborative efforts with ecologists include building an international database of tens of thousands of plant species.

Díaz has led many research projects throughout the world. She founded and directs the research network Nucleus DiverSus for Research on Diversity and Sustainability.

Among her findings is that the particular combination of different organisms in an ecosystem, and the role they play, can tell us more about the ecosystem’s functioning and benefits than the number of species alone can.

The jury was unanimous in their decision to award the prize to Díaz.

The physiology of survival