The evolution of axial patterning 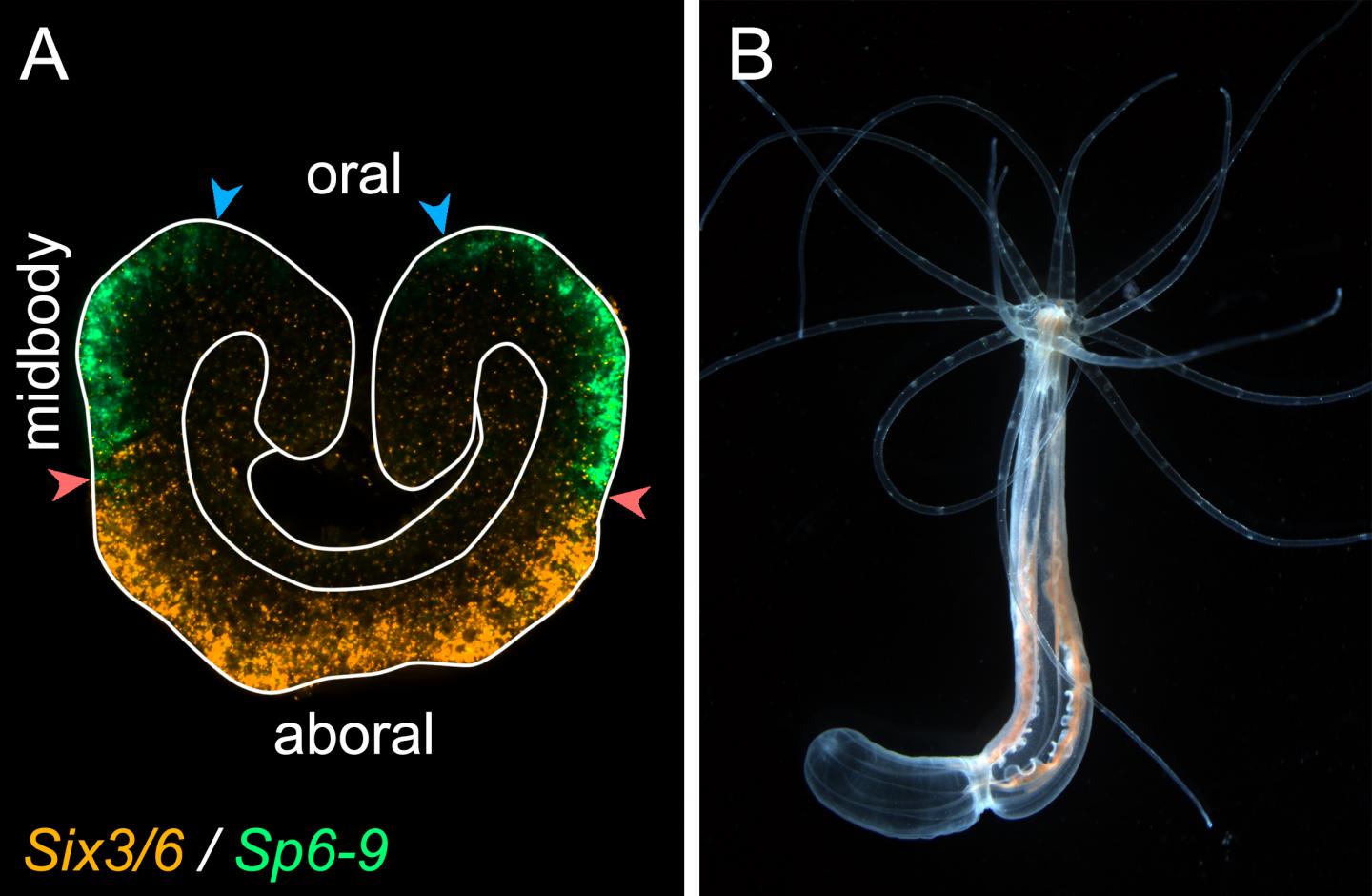 In a new article in Nature Communications, a research group led by Grigory Genikhovich at the University of Vienna has found that the way the main body axis of sea anemones is patterned by different intensities of β-catenin signaling is similar to that of sea urchins and vertebrates. This suggests that this axial patterning mechanism already existed about 650 million years ago.

The positioning of all anatomical structures in an embryo is determined by systems of molecular coordinates, which are called body axes. Different regulatory genes are activated at specific locations along the body axes to drive the development of all body parts in correct places.

This process is very ancient and regulated by the same molecules in mammals, sea urchins, mollusks, insects and corals. In each of these animal groups, the main body axis is regulated by the β-catenin signaling, while the BMP signaling patterns the secondary body axis.

The β-catenin dependent axial patterning appears to be the most ancient system for axis regulation ever. A research group led by Grigory Genikhovich at the Department of Neurosciences and Developmental Biology tried to find out how the ancestral β-catenin dependent axial patterning worked. To do this, the group used the sea anemone Nematostella vectensis. Nematostella belongs to Cnidaria – an evolutionary sister group to Bilateria, which encompasses corals, sea anemones, and jellyfish. Bilateria include mammals, sea urchins, mollusks and insects.

The researchers tried to find out whether the mechanism of the patterning of the main body axis in the sea anemone resembled that of some Bilateria. If this were the case, it could be assumed that this mechanism was also used by the common ancestor of Cnidaria and Bilateria about 650 million years ago.

The researchers found that β-catenin signaling in the sea anemone activates a number of transcription factor genes at the future oral end of the embryo. The expression areas of these genes form a regular pattern along the oral-aboral axis. This is achieved because more orally expressed β-catenin target genes repress more aborally expressed β-catenin target genes, and progressively restrict the initially global aboral identity. This regulatory logic is strikingly similar to the way some bilaterians such as sea urchins, hemichordates and vertebrates, pattern their posterior-anterior axis.

Moreover, the set of β-catenin dependent transcription factors involved in axial patterning in the sea anemone and sea urchins is nearly identical. The research group therefore concludes that the mechanism they found likely represents the ancestral mode of β-catenin-dependent axial patterning, and that the oral-aboral axis of cnidarians corresponds to the posterior-anterior axis of Bilateria.

“From this we conclude that animals, including the last cnidarian-bilaterian ancestor, already used this mechanism of axial patterning some 650 million years ago”, says Grigory Genikhovich.