The evolution of arthritic knees 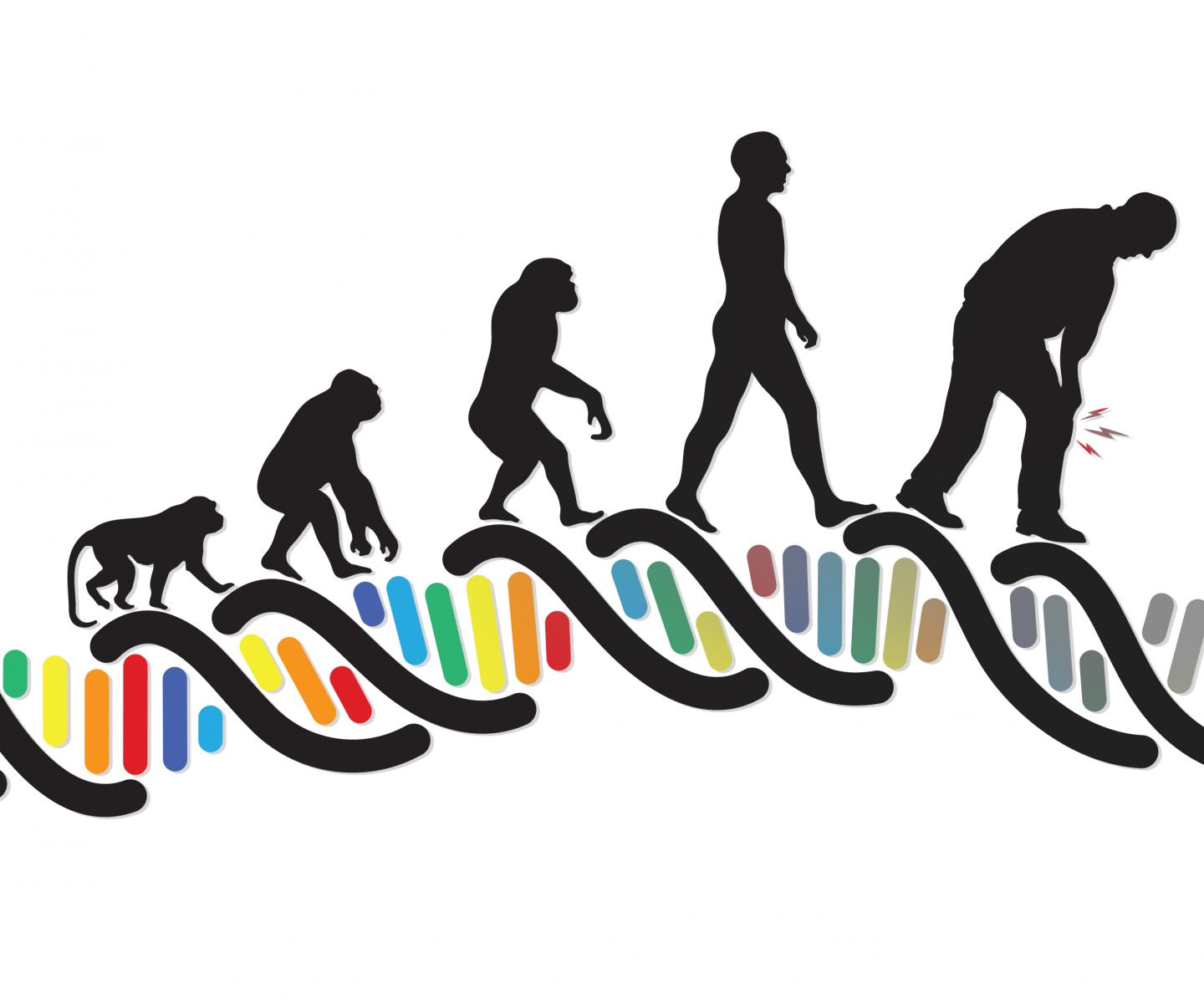 The human knee is a triumph of design. The joint, which evolved fairly rapidly from our common ancestor with the chimpanzee to accommodate our bipedalism, likely contributed to our success as a species. However, as modern medicine extends the human lifespan, our species have learned pain in the form of osteoarthritis that can accompany the locomotion of this biomechanical masterpiece.

In a new study of the genetic features that help make this sophisticated joint possible, an international team of researchers found that the regulatory switches involved in the development of the knee also play a role in osteoarthritis, a partially heritable disease that afflicts at least 250 million people worldwide. The findings are published in the journal Cell.

Terence D. Capellini, Richard B. Wolf Associate Professor in the Department of Human Evolutionary Biology and the paper’s corresponding author, explained it in terms of the burden our knees literally endure:

“From an evolutionary standpoint, the primate knee went from something that accommodated the forces of walking on four legs to placing all the weight on two legs,” he said. “Going from a quadruped to a biped changes the force distribution. All our weight is being transmitted through our hips and our knees down to our ankles. The cells in the joint and the shape of the joint had to change to accommodate those new forces.”

With such a specific task – and limited by its origins in the older primate knee – the optimized bipedal knee developed what is known as a constrained morphology, that is, it did not allow much variation. “As you can imagine, when you’re designing a part for an airplane, you don’t want to stray too much,” Capellini said.

To understand how this complex mechanism came to be, researchers looked for evidence of accelerated natural selection: the series of mutations that aided us in walking upright.

“We wanted to know whether or not we could see signs of ancient evolution – ancient selection – in the regions of the genome that specifically sculpt the knee,” said Capellini. To do this, they searched for traces of specific regulatory switches, pieces of DNA “responsible for turning on and off the genetic material that make the knee a human knee.”

What they found reflects what Capellini suggests is indicative of “positive selection” – evidence that this new knee gave the fledgling bipeds an evolutionary advantage. The highest functioning knees would have been selected, reducing variation in knee shape over time by decreasing the genetic variation in the switches that control the joint’s formation. What variation persisted likely didn’t substantially matter at that time.

“Later, as human populations expand and drift, you start getting these genetic variants that slightly modify how the knee is shaped or how the knee is maintained,” explained Daniel Richard, a Ph.D. candidate in human evolutionary biology and lead author on the paper. “Those slight deviations, acting on this constrained knee, lead to risk for developing osteoarthritis.”

Those traits did not affect the success of the bipedal knee because natural selection promotes traits that allow individuals to reach sexual maturity and successfully breed. In essence, because this new knee gave young adults an edge on passing on their genetic material, it continued despite these variants. Our eventual old age had little role in its selection.

“We think that these slight modifications don’t so much impact early life,” said Richard. “But when you keep on walking up until you’re 50 or 60, over that longer time span a super small change in your knee compounds over decades. Eventually it contributes to osteoarthritis disease in the elderly.”

As a proof of principle, Capellini and colleagues performed two additional experiments. By studying the knee switches in patients with osteoarthritis compared to the general population, they found that osteoarthritis patients have on average more genetic variants in switches than those who don’t have the disease. They also focused on a gene called GDF5 (Growth Differentiation Factor Five) that contributes to osteoarthritis risk in Europeans and Asians. Using CRISPR editing in mice and human cells, they pinpointed a genetic variant, present in billions of people, that effects the function of a key knee switch, thus changing knee shape and increasing osteoarthritis risk.

The stiffness and soreness humans feel today, therefore, may simply have piggybacked on an evolutionary advantage: the osteoarthritis came along with the knee. However, this painful feature may pay off in the study of human evolution, the researchers stress.

“The idea of tying new features with almost new diseases is a good mental framework to think of while studying these diseases of aging,” said Richard. “You can’t really have your cake and eat it too.”