The emergence of cooperation

Scientists at IST Austria mathematically describe the importance of helping each other and having a good reputation. 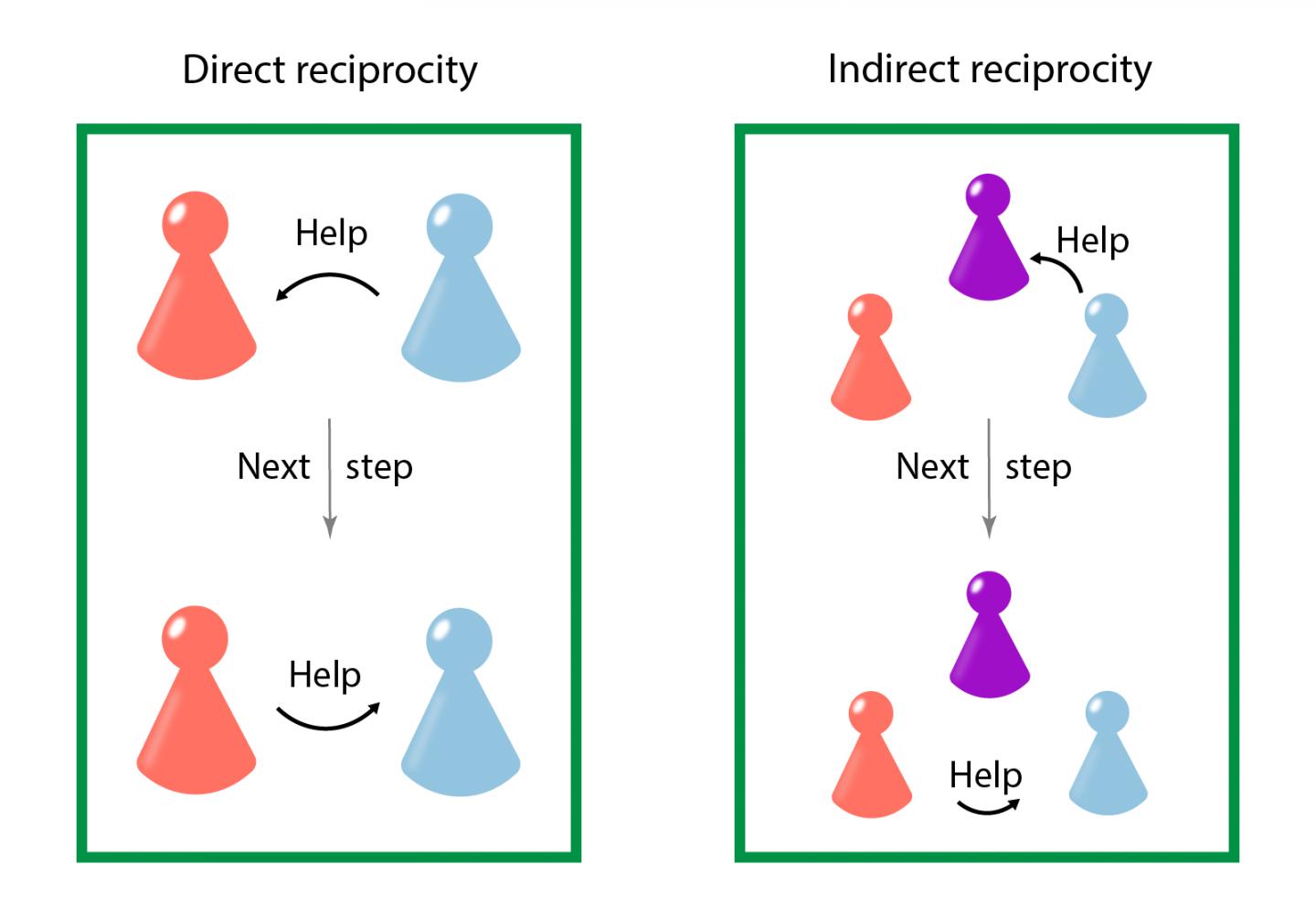 Cooperation as a successful strategy has evolved in both nature and human society, but understanding its emergence can be a difficult task. Researchers have to abstract interactions between individuals into mathematical formulas to be able to create a model that can be used for predictions and simulations.

In the field of evolutionary game theory, they often investigate strategies of players in a simple game of giving and receiving benefits. Such strategies tell players how to behave in a given interaction. The scientists’ findings counter the narrative that only the strongest and most selfish flourish and survive. Instead, they show how cooperation can be a successful and stable strategy.

Researchers, spearheaded by Laura Schmid from the Chatterjee group at IST Austria, have created a new mathematical framework that combines so far incompatible descriptions of cooperation. In their simulations of many interactions between players, they show how prior experiences with and reputation of a potential partner affect the willingness of a players to cooperate with them.

On the other hand, indirect reciprocity is based on the reputation of an individual. “This means that if they behave well towards others, I will cooperate with them, even if I have not interacted with that individual before,” Schmid continues, “So far this has conclusively only been shown among humans.”

Resolving conflicts that arise when these two kinds of reciprocity lead to competing suggestions is not straightforward. Should the player cooperate with a person who behaves well towards others, even if they have treated them unfairly in the past? The strategies adopted by the players then answer this kind of question.

One of the key insights the researchers gained from their unified model of both direct and indirect reciprocity was that the evolution of strategies, the amount of cooperation, as well as which kind of reciprocity individuals prefer all depend on the environment: factors like how often players interact and whether they know the truth about their partner’s reputation.

This model can help researchers understand the fundamental dynamics of how cooperative strategies evolve and stabilize. “Using mathematical tools that were developed only recently, we explored which strategies of direct or indirect reciprocity give rise to a Nash equilibrium,” Schmid points out. “Once the evolving population of players in our simulation adopts such strategies, none of them has an incentive to divert.”

These findings shed some light on how the evolution of cooperation in early human societies could have been influenced by their social norms based on experience and reputation. A more current application would be the modeling of rating systems of online stores based on both a buyer’s personal experience and the reputation of a seller.

Bridging different fields such as game theory and evolutionary modeling has been a topic for Laura Schmid for some time. Growing up in Vienna, she first studied physics at TU Wien as well as piano at the Music and Arts University of the City of Vienna before joining the Chatterjee group at IST Austria for her PhD. After completing her degree later this year, she plans to continue her research career abroad.

In her future work, Laura Schmid wants to look into how many players in a group have to use a strategy based on indirect reciprocity for it to become successful. With this, she will be able to investigate the effect of the spread of social norms within a society.