The chocolate school, a short story for promoting science

The publication is aimed at primary school children and features content from the Science of Chocolate workshops, during which women researchers from Universitat Rovira i Virgili and the Institute of Chemical Research of Catalonia explain their research 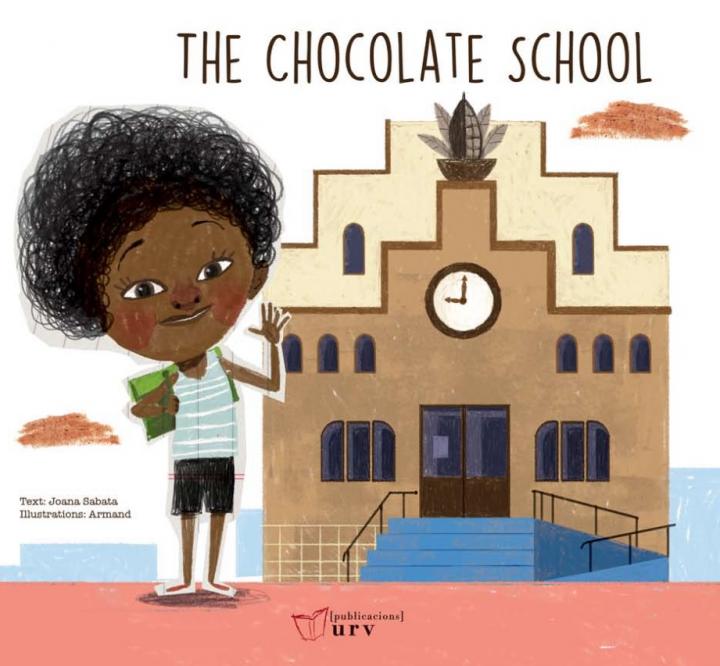 This project has been coordinated by the Scientific Communication Unit of the Universitat Rovira i Virgili (URV) and the Catalan Chemical Research Institute (ICIQ). It is published jointly by Publicacions URV and the Piscina, un petit oceà publishing house, with illustrations by Armand. The story was presented at the Public Library of Tarragona in an event attended by the nine URV and ICIQ researchers who feature in the story, the authors and the two institutions that have coordinated the project.

Archaeology, entrepreneurship, DNA, health, chemistry, agri-food engineering, crystallography, publicity and 3D printing are among the different research themes dealt with in the book, with chocolate forming the common denominator to each story. The stories are written in a language that is specially adapted for an infant audience. The story’s content is based on the Science of Chocolate workshops which have been organised for the last two years by the URV and the ICIQ at different libraries in the local area, the next due to be held in Torredembarra. The aim of the project is to promote interest in scientific careers, particularly among girls, and to do so by helping to normalize the presence of women in science. All of the women leading the workshops are researchers at the URV and the ICIQ, and the book’s protagonist is a girl who has fun learning about science through the medium of chocolate.

The book has been published in Catalan and Spanish and can be bought from bookshops. There is also an English version that can be downloaded free from the Publicacions URV website: http://www.publicacions.urv.cat

Promoting interest in science among girls

The Science of Chocolate series of workshops aims to highlight the research and knowledge hidden behind a day-to-day product such as cocoa. The sessions emphasize the importance of the work conducted by researchers working in different disciplines to increase our understanding of the world around us and, therefore, contribute to the progress of society in terms of health, sustainability, entrepreneurship and the environment.

The aim of the Science of Chocolate project is to share scientific knowledge with the young people attending the workshops and with those who read the story and, in this way, promote an interest in science and research as a profession. Special emphasis is placed on raising the profile of women researchers. The research that they conduct and their life experiences mean that they are role-models for the girls and boys who participate in the project.

The project has received funding from the Spanish Foundation for Science and Technology (FECYT).

A significant supercomputing grant for investigations of atomically precise nanocatalysts

Anonymous no more: combining genetics with genealogy to identify the dead in unmarked…

The first AI universe sim is fast and accurate — and its…