The case of the poisoned songbirds 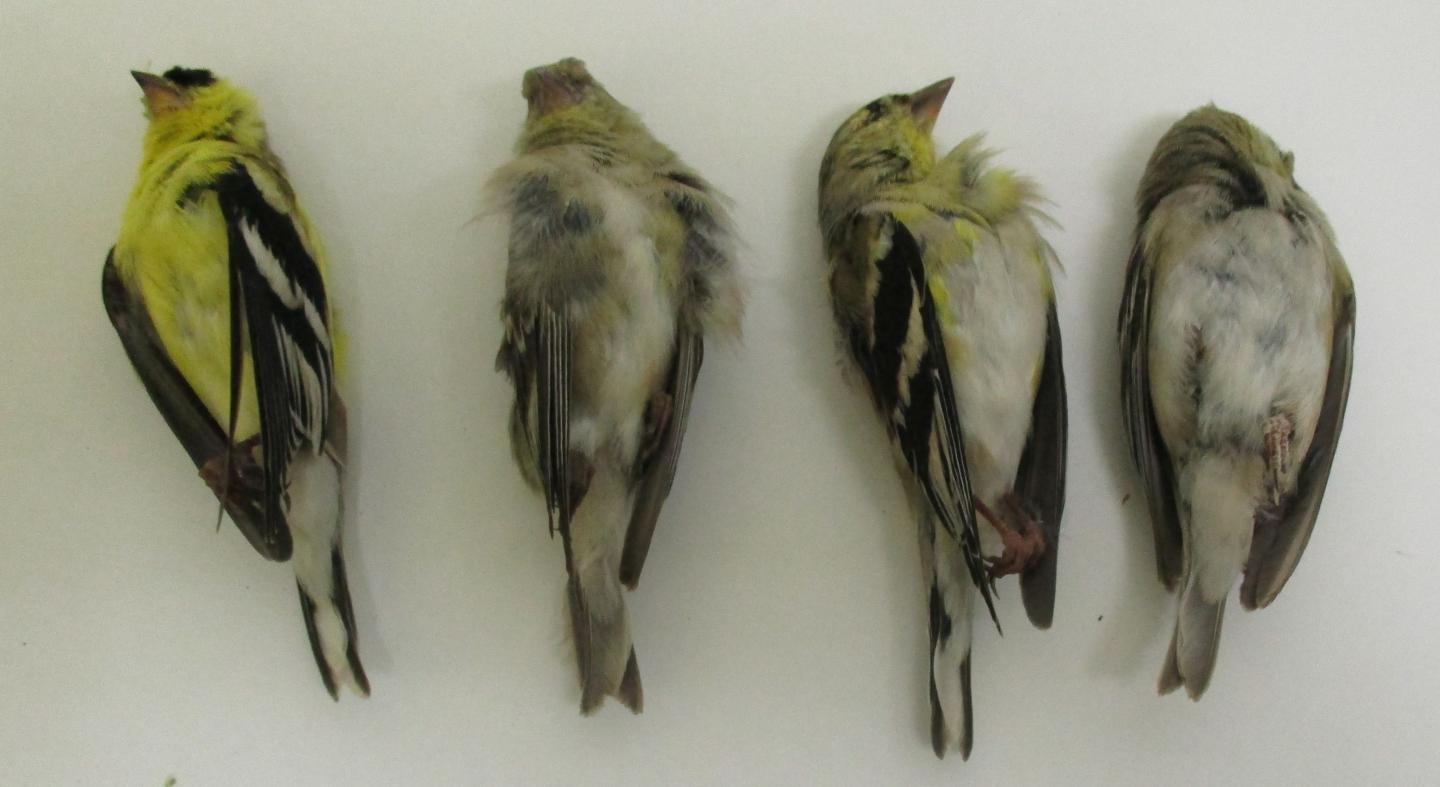 Researchers from the California Department of Fish and Wildlife’s Wildlife Investigations Laboratory present their results from a toxicological investigation into a mortality event involving songbirds in a new publication in Environmental Toxicology and Chemistry.

On 17 March 2017, residents in Modesto, California, reported dead birds along the street and in front yards in a section of the town. The day prior to the incident, the city had made a drench application of imidacloprid, a pesticide synthetically derived from nicotine, to the base of trees that lined the street. The pesticide was reportedly mixed and applied according to package directions. Researchers at the Wildlife Investigation Laboratory were notified of the incident and conducted a postmortem investigation on the dead songbirds, which were identified as American goldfinches. The cause of death was determined to be imidacloprid poisoning likely due to the ingestion of fallen elm tree seeds contaminated during the drench application.

Lead author, Krysta Rogers, and her colleagues noted that “The mortality event investigated in the present study highlights a previously unidentified risk of drench application for imidacloprid. The pesticide label states that the product be applied to the base of the tree and directly to the root zone. [However] Seeds, insects, or other invertebrates consumed by birds and other animals may be present within that zone. If these food items were contaminated during the drench application, they would be highly toxic to animals when ingested.”

The authors recommend that “drench applications not occur during seed drop to minimize the risk of exposure to animals that consume fallen seeds and that mitigation measures could be taken to prevent small animals from accessing areas treated with the pesticide, at a minimum” Finally the authors encourage integrated pest management over the prophylactic use of pesticides as the ideal.

What keeps cells in shape? New research points to 2 types of motion