The case for speaking politely to animals

The idea of horse whisperers – those with a talent for communicating with horses – may bring a chuckle to many. But according to new research from the University of Copenhagen and ETH Zurich, there may be something about their whispering skills. In an international collaboration, along with researchers Anne-Laure Maigrot and Edna Hillmann, behavioral biologist Elodie Briefer of the University of Copenhagen’s Department of Biology investigated whether a range of animals can distinguish between positively and negatively charged sounds. 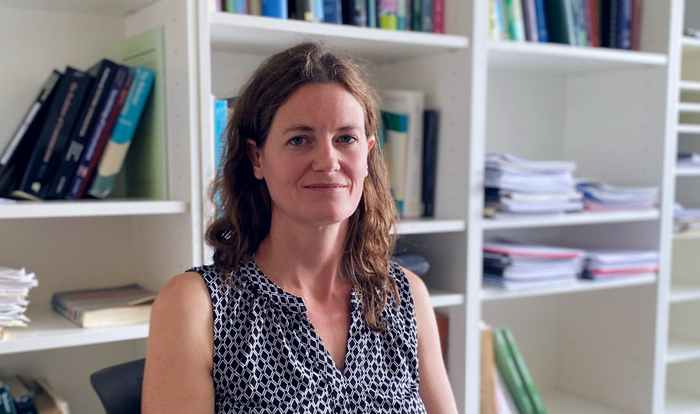 How we speak matters to animals. Horses, pigs and wild horses can distinguish between negative and positive sounds from their fellow species and near relatives, as well as from human speech. This, according to new research in behavioral biology at the University of Copenhagen. The study provides insight into the history of emotional development and opens up interesting perspectives with regards to animal welfare.

The idea of horse whisperers – those with a talent for communicating with horses – may bring a chuckle to many. But according to new research from the University of Copenhagen and ETH Zurich, there may be something about their whispering skills. In an international collaboration, along with researchers Anne-Laure Maigrot and Edna Hillmann, behavioral biologist Elodie Briefer of the University of Copenhagen’s Department of Biology investigated whether a range of animals can distinguish between positively and negatively charged sounds.

“The results showed that domesticated pigs and horses, as well as Asian wild horses, can tell the difference, both when the sounds come from their own species and near relatives, as well as from human voices,” explains Elodie Briefer.
Pigs were studied along with boar, their wild relatives. Just as in the case of the two related horse species, the pigs clearly reacted to how the sounds of their counterparts were emotionally charged. In fact, to the same extent as when it came to sounds of their own kind.

The animals even showed the ability to distinguish between positively or negatively charged human voices. While their reactions were more subdued, all but wild boars reacted differently when exposed to human speech that was either charged with positive or negative emotion.

The researchers played recordings of animal sounds and human voices from hidden speakers.

To avoid having the domesticated animals react to specific words, positive and negative human speech was performed by a professional voice actor in a kind of gibberish without any meaningful phrases.

The animals’ behavioral reactions were recorded in a number of categories used in previous studies – everything from their ear position to their movement or lack thereof.

On this basis, the researchers concluded that: How we speak matters to animals.

“Our results show that these animals are affected by the emotions we charge our voices with when we speak to or are around them. They react more strongly – generally faster – when they are met with a negatively charged voice, compared to having a positively charged voice played to them first. In certain situations, they even seem to mirror the emotion to which they are exposed” says Elodie Briefer.

Do animals have an emotional life?

Part of the aim of the study, was to investigate the possibility of “emotional contagion” in animals – a kind of mirroring of emotion. Situations where one expressed emotion is assumed by another. In behavioral biology, this type of reaction is seen as the first step in the empathy category.

“Should future research projects clearly demonstrate that these animals mirror emotions, as this study suggests, it will be very interesting in relation to the history of the development of emotions and the extent to which animals have an emotional life and level of consciousness,” says Elodie Briefer.

The study was unable to detect clear observations of “emotional contagion”, but an interesting result was in the order by which the sounds where delivered. Sequences in which the negative sound was played first triggered stronger reactions in all but the wild boars. This included human speech.

“It means that our voices have a direct impact on the emotional state of animals, which is very interesting from an animal welfare perspective,” she says.

This knowledge doesn’t just raise ethical questions about how we perceive animals – and vice versa, it can also be used as a concrete means of improving animals’ daily lives, if those who work with them are familiar with it.

“When the animals reacted strongly to hearing negatively charged speech first, the same is also true in the reverse. That is, if animals are initially spoken to in a more positive, friendly voice, when met by people, they should react less. They may become calmer and more relaxed,” explains Elodie Briefer.

Next step for the Copenhagen University researcher is the switchover. She and her colleagues, are now looking into how well we humans are able to understand animal sounds of emotion.

One of the ways that researchers study the emotional lives of animals is to divide them on an axis.

In this study, the focus is on emotional valence – a distinction between positive and negative emotions.

[Fact box] How the researchers did it

The researchers worked with three theories about which conditions they expected to influence the animals’ reactions in the experiment:

The conclusion is as follows. Among the horse species, the phylogeny thesis best explained their behavior. In contrast, the behavior of the pig species best fit the domestication hypothesis.

[Fact box] About the Study: