The brain cells needed for fever

Researchers at Linköping University have identified in mice the cells in the blood vessels of the brain that are necessary for a fever reaction. The results have been published in PNAS, and answer a long-standing question of which organs are involved in producing fever. 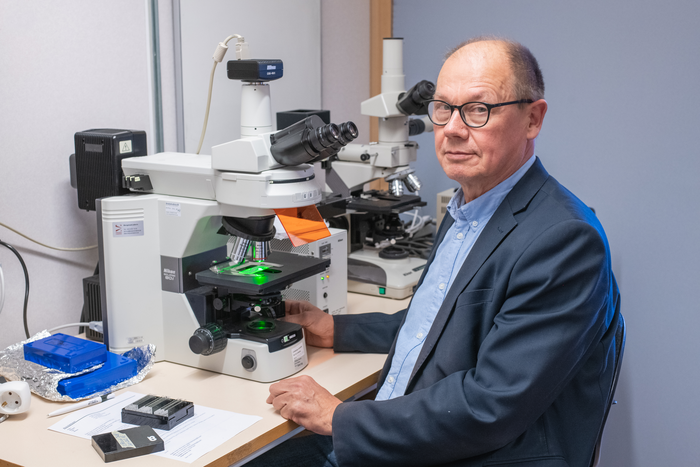 Researchers at Linköping University have identified in mice the cells in the blood vessels of the brain that are necessary for a fever reaction. The results have been published in PNAS, and answer a long-standing question of which organs are involved in producing fever.

“Everyone gets fevers, occasionally.  If we understand the mechanisms behind fever, we can also understand how new drugs and treatments can work,” says Anders Blomqvist, professor emeritus at the Department of Biomedical and Clinical Sciences, Linköping University.

Fever is the body’s response to infection or inflammation, and a defence mechanism against, for example, viruses and bacteria. When affected by infection or inflammation, the body releases molecules known as cytokines into the blood circulation. These molecules are too large to pass through the blood-brain barrier, a network of tiny blood vessels that protects the brain from harmful substances. But fever is just a symptom, which becomes manifest after the brain has itself released signals. So how does the brain detect that the body is affected by an inflammation or infection?

The explanation can be found in receptors located on the outer surface of the blood-brain barrier that detect the cytokines. These receptors pass the signal on to cells on the inner surface of the blood-vessel walls in the blood-brain barrier, known as endothelial cells. They then start to produce the hormone-like molecule prostaglandin E2, which in turn activates receptors in the hypothalamus, which acts as the body’s thermostat. A fever reaction has been initiated. It has, however, been unclear until now whether this is the only mechanism behind fever.

It has previously been believed that prostaglandin must be produced also in certain cells of such organs as the liver and lungs in order to start a fever reaction. But the researchers at Linköping University have now shown that this is not the case. In a study on mice published in Proceedings of the National Academy of Sciences, PNAS, Anders Blomqvist and his colleagues show that the endothelial cells of the brain are the only ones required for a fever reaction to be produced.

“Our results answer a question that has been asked for several decades. There has not previously been any evidence that only the endothelial cells in the brain are needed to start a fever reaction. We have now filled this gap in our knowledge,” says Anders Blomqvist.

The researchers have worked with gene-modified mice in which they have removed certain genes that code for prostaglandin production in the brain endothelial cells. The mice were subsequently injected with substances that are present in the cell walls of certain bacteria, producing in this way fever. The gene-modified mice did not show any fever reaction after the injection.

These experiments have been made possible using advanced techniques for managing and examining experimental animals. By surgically inserting an intravenous catheter and recording body temperature using telemetry, both the injections and the measurements can be made without causing stress for the animal, which means that the fever reaction can be observed more accurately.

“The general public has long believed that the body temperature of small animals is higher than that of humans and other large mammals, around 40 degrees. But the measurements have been erroneous, since the animals became stressed during the process. The techniques we have used show that the mice have the same temperature as humans,” says Anders Blomqvist.

The research has received financial support from the Swedish Research Council, the Swedish Brain Foundation and the Swedish Cancer Society.