The best offense is a great defense for some carnivorous plants

LA JOLLA–– (July 11, 2022) Insect-eating plants have fascinated biologists for more than a century, but how plants evolved the ability to capture and consume live prey has largely remained a mystery. Now, Salk scientists, along with collaborators from Washington University in St. Louis, have investigated the molecular basis of plant carnivory and found evidence that it evolved from mechanisms plants use to defend themselves. 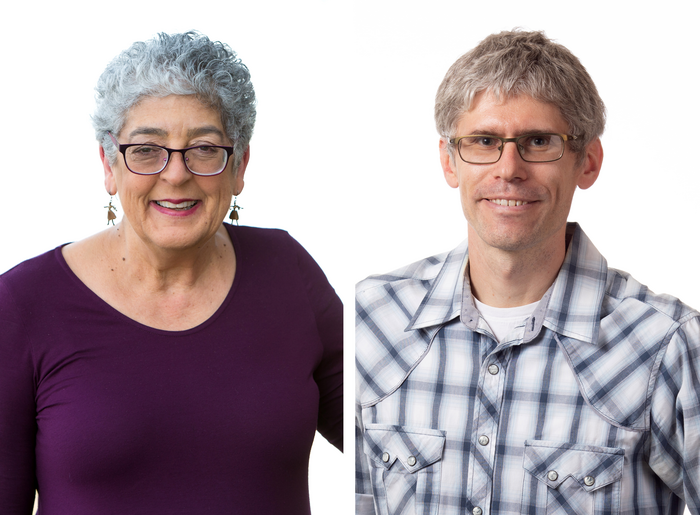 LA JOLLA–– (July 11, 2022) Insect-eating plants have fascinated biologists for more than a century, but how plants evolved the ability to capture and consume live prey has largely remained a mystery. Now, Salk scientists, along with collaborators from Washington University in St. Louis, have investigated the molecular basis of plant carnivory and found evidence that it evolved from mechanisms plants use to defend themselves.

The research, published on July 11, 2022, in Proceedings of the National Academy of Sciences (PNAS), details how calcium molecules move dynamically within cells in the leaves of carnivorous plants in response to touch from live prey. Calcium fluctuation leads to leaf movements for prey capture, likely through an increase in defensive hormone production. The findings broaden scientists’ understanding of how plants interact with their environments.

“If we can learn more about how plants such as these and others have adapted to respond to their unique environments, then perhaps we can alter these molecular pathways in the future to develop plants that can survive in harsher conditions,” says co-senior author Professor Joanne Chory, director of Salk’s Plant Molecular and Cellular Biology Laboratory and Howard Hughes Medical Institute investigator.

Biologists have come to understand that plants such as the spoon-leaved sundew (Drosera spatulata) likely adapted carnivory to survive in nutrient-poor conditions. However, sundews are challenging to grow and their DNA wasn’t sequenced until recently, so scientists had difficulty examining how carnivory works at a cellular level. They were also unsure how carnivorous plants developed prey-capture-associated behaviors, such as leaf movements and digestive enzyme secretion.

“Carnivorous sundew plants are not model organisms,” says Carl Procko, co-first author of the paper and a staff scientist in Salk’s Plant Molecular and Cellular Biology Laboratory. “Less than a handful of labs in the world have previously been able to genetically modify them, so we’ve had to learn new techniques to closely examine them.”

For this study, the scientists applied genetic tools to image the dynamic changes of calcium molecules in the leaves as insect prey landed on the leaf and was captured there by sticky secretions. In non-carnivorous plants, calcium signaling plays many vital life-supporting roles, such as triggering the jasmonic acid defense pathway to repel unwanted insect pests. Jasmonic acid also responds to electrical activity, which is a critical element of prey capture in some carnivorous plants, including sundews. The scientists wanted to know if this same defense pathway of non-carnivorous plants might also be required for the sundew’s carnivorous behavior.

The team found that changes in calcium within the plant cell were required for activation of genes typically targeted by jasmonic acid as the leaf bent inwards, entrapping the insect in digestive juices. The researchers further observed that sundew leaves bent less when they were given non-living prey and when their calcium channels were blocked. These findings demonstrate that calcium aids in insect prey-capture responses and, together with the work of others, supports the idea that jasmonic acid is involved in insect digestion.

“It was fascinating to see how these plants respond to prey-associated mechanical stimulation, like touch,” says Ivan Radin, co-first author and research scientist at Washington University in St. Louis. “The ability to sense and respond to mechanical forces is something most people don’t associate with plants, especially on this rapid timescale. Our work provides a beautiful visual of this fact.”

“The findings show that calcium is also involved and likely ramps up jasmonic acid responses, similar to how non-carnivorous plants respond defensively to mechanical stimulation from pests,” says Chory, holder of the Howard H. and Maryam R. Newman Chair in Plant Biology. “This provides further credence to the notion that carnivory in sundews may be an evolved defense pathway.”

Next, the researchers will apply similar genetic techniques to study other carnivorous plants previously too difficult to examine. They hope to further investigate the molecular basis of prey-capture mechanisms to better understand how carnivory evolved in distantly related species and to see if crops could benefit from adapting their existing environmental and insect response pathways to survive in challenging environments.

Other authors included Charlotte Hou of Salk; as well as Ryan Richardson and Elizabeth Haswell of Washington University in St. Louis.

This work was supported by the National Institutes of Health (5R35GM122604) and a Howards Hughes Medical Institute-Simons Foundation Faculty Scholars Grant (55108530).

About the Salk Institute for Biological Studies:
Every cure has a starting point. The Salk Institute embodies Jonas Salk’s mission to dare to make dreams into reality. Its internationally renowned and award-winning scientists explore the very foundations of life, seeking new understandings in neuroscience, genetics, immunology, plant biology and more. The Institute is an independent nonprofit organization and architectural landmark: small by choice, intimate by nature and fearless in the face of any challenge. Be it cancer or Alzheimer’s, aging or diabetes, Salk is where cures begin. Learn more at: salk.edu.